The following weapons can be seen in Fracchia the Human Beast (Fracchia la belva umana):

The human beast (Paolo Villaggio) is armed with a Luger P08 pistol. 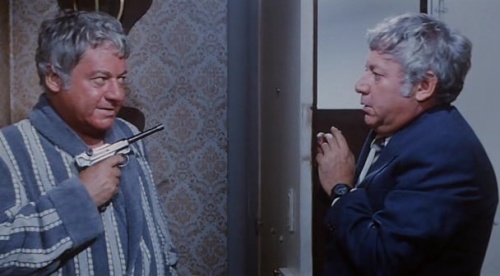 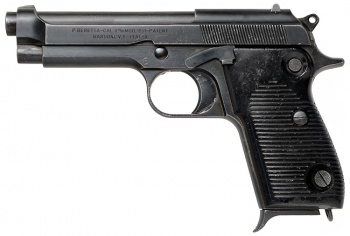 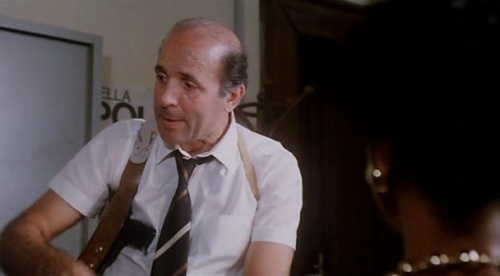 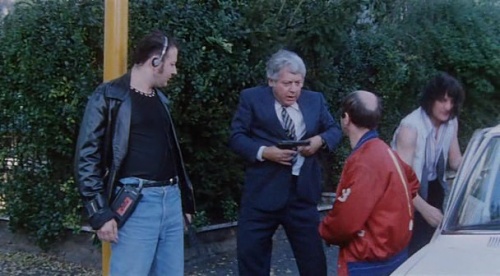 Fracchia got the gun from Tino (Roberto Della Casa) for a bank robbery. 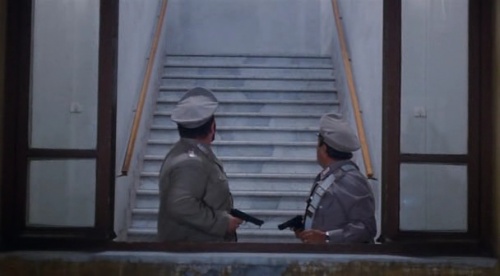 The colonel (Renzo Rinaldi) and the sergeant (Antonio Allocca) (right) of Carabinieri. 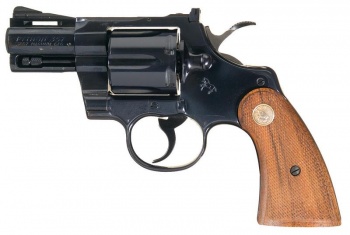 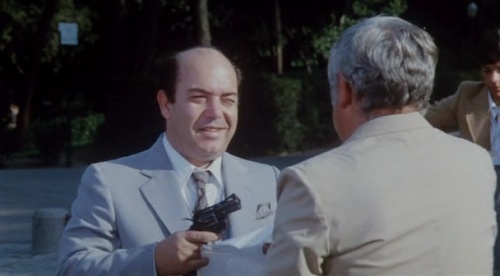 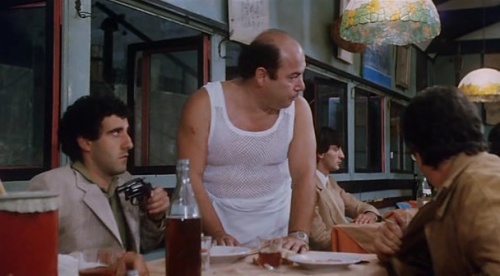 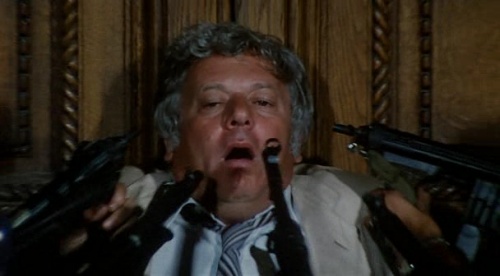 One barrel of the police weapons looks like a FNA-B 43 submachine guns.

The middle barrel aims in the Fracchia´s face is MP40.

Among the Carabinieri weapons also not missing a standard Beretta Model 38/42 submachine guns. 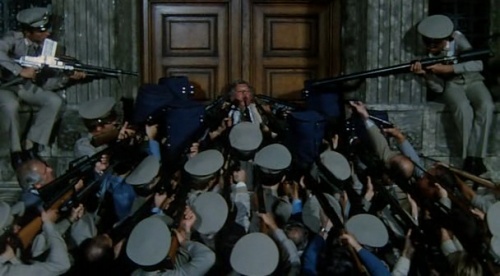 The Italian policemen are equipeed also with M16 assault rifles.

In the crowd of police weapons is on the right side to see a M2 Carbine. 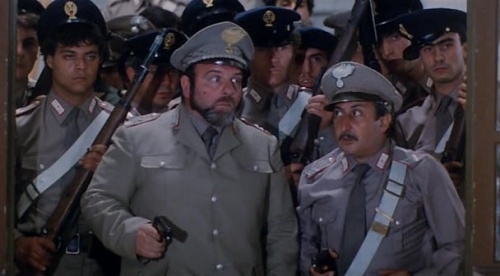 Behind the two actors in the foreground, you can see some Carabinieri wearing khaki summer uniforms and blue hats from Polizia di Stato. This mistake was probably done due to lack of scene costumes. 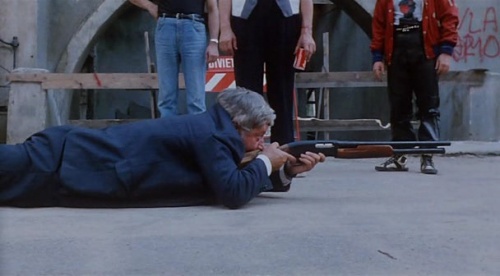 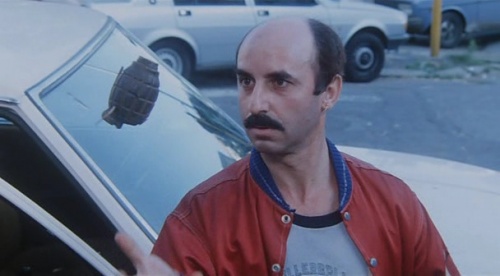 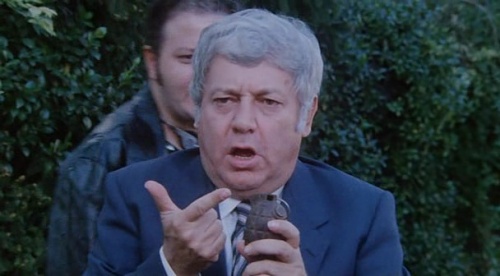 Fracchia catch a grenade in his hand.

The Carabinier in right side aims an Fracchia by M18 Recoilless Rifle.