Foolish Wives is a 1922 silent movie directed by Erich von Stroheim. The actually impoverished Russian count Sergius Karamzin lives with his two cousins in a villa near Monte Carlo. The trio finances their lavish lifestyle with counterfeit money and fraud. Their next victim is supposed to be the wife of the US ambassador.

In 2008, Foolish Wives was added to the National Film Registry.

The following weapons were used in the film Foolish Wives: 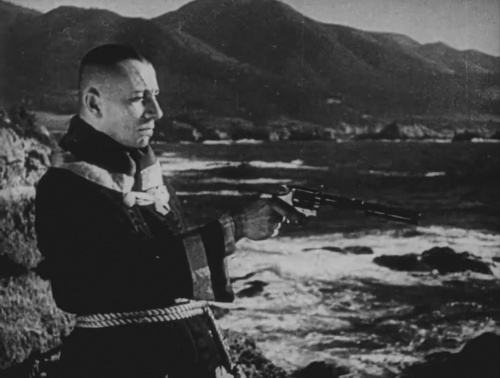 Sergius Karamzin holds the revolver fitted with a suppressor. 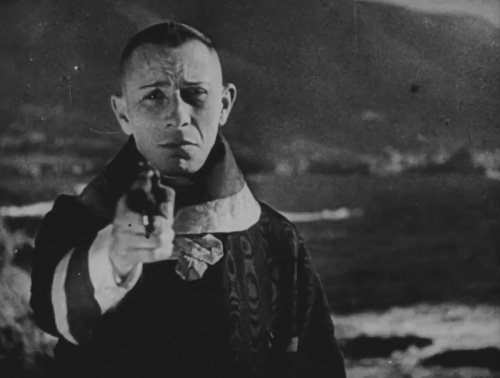 Front view of him firing the revolver. 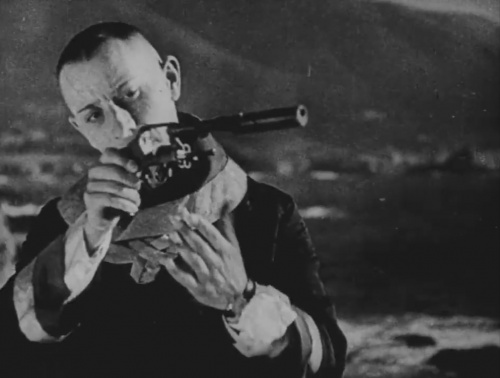 After emptying out the empty casings, he checks the cylinder. 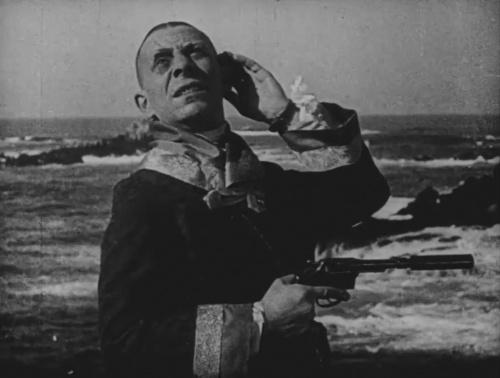 A slightly better view of the revolver.

U.S. Marines on board the cruiser Salem are briefly seen with rifles which can only be seen from distance. 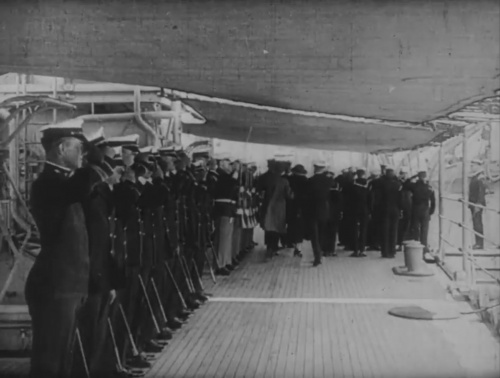 The Marines salute their rifles as Andrew J. Hughes disembarks.

Police forces of Monaco are armed with Dutch Beaumont-Vitali M1871/88 rifles and carbines. 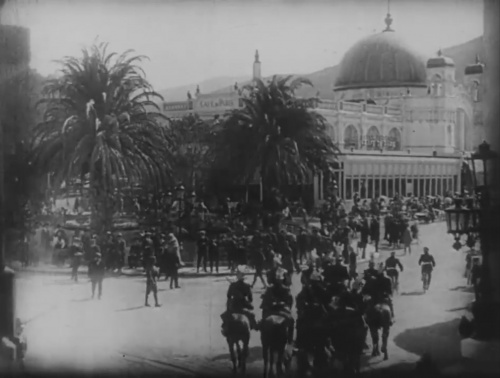 A police patrol on horses rides with their rifles over their backs. 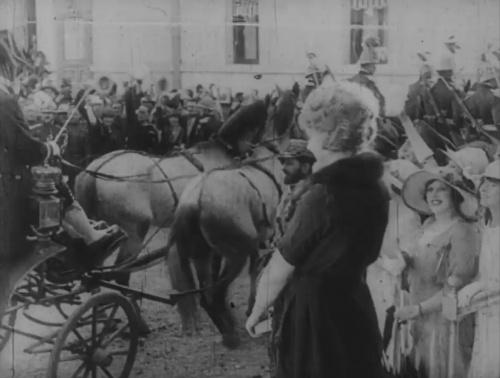 The carbine is seen in the right background. The box magazine is visible. 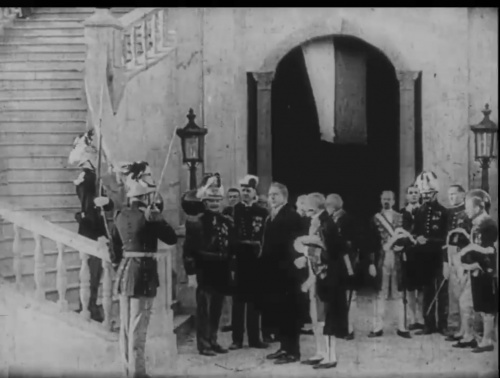 A guard on the stairs presents his rifle to the U.S. ambassador.

During the pigeon shooting, Count Karamzin and other players use the same 12 Gauge Double Barreled Shotgun. 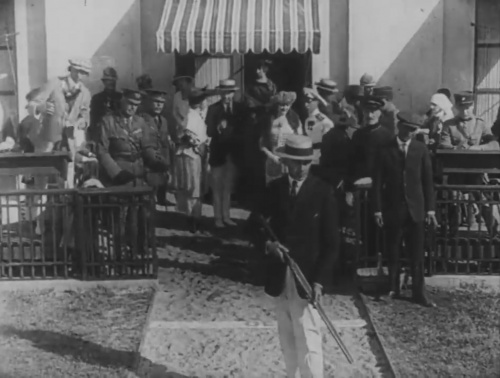 The first player gets in postion with the shotgun. 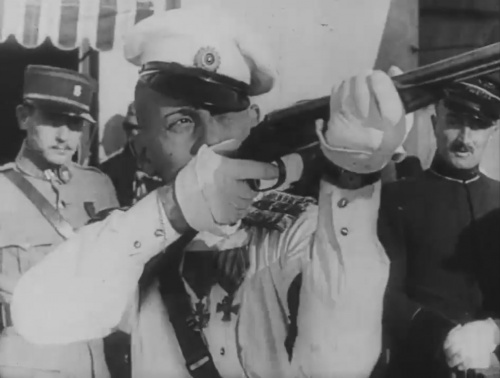 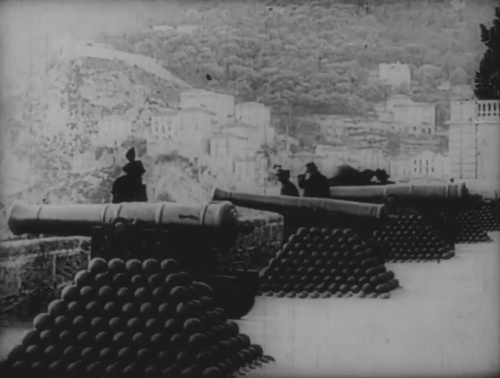