Five Gates to Hell (1959) is adventure war drama that followed two doctors, seven nurses and one nun who are kidnapped by guerrillas during the war in French Indochina. The reason is to save the dying commander of fighters. Efforts to rescue the commander's life but it does not work out. Women are exploited to satisfy the sexual needs of the soldiers. Later when most partisans go into action, tries to escape. Starred Dolores Michaels, Patricia Owens and Neville Brand. The film was directed by James Clavell, the author/screenwriter/director who himself was a POW during World War II and later became well known for his epic novels set in Asia and later were adapted into such successful television miniseries such as Shogun.

The following weapons were used in the film Five Gates to Hell: 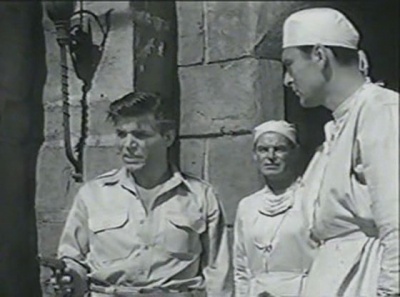 Chen Pamok (Neville Brand) with his Colt M1911A1 in hand. 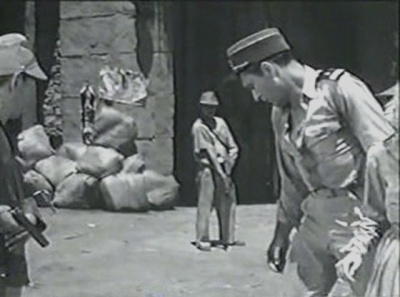 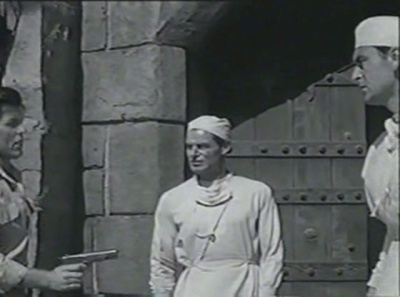 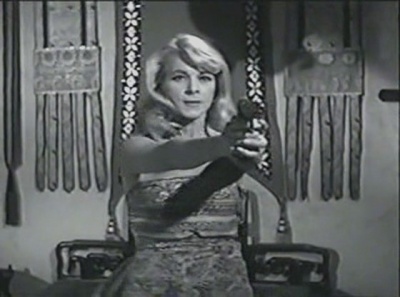 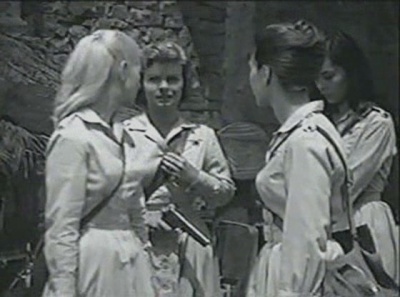 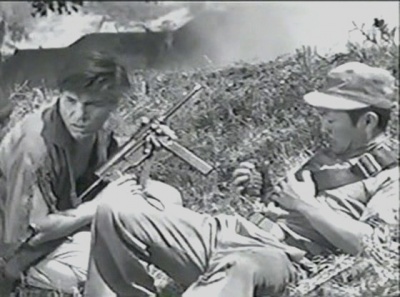 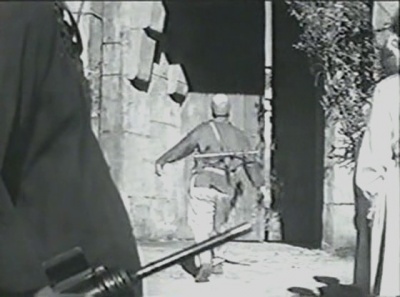 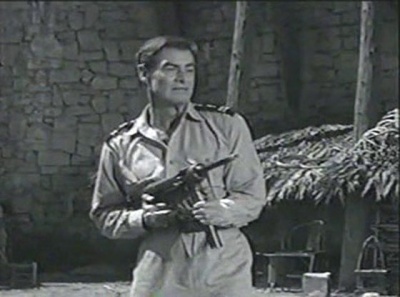 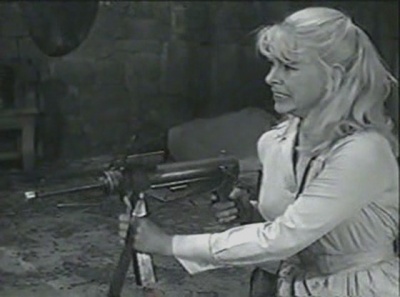 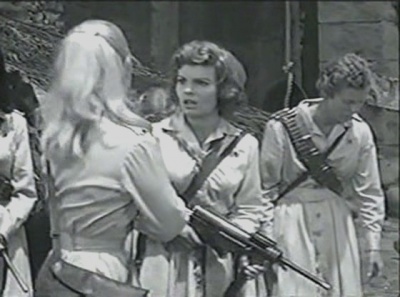 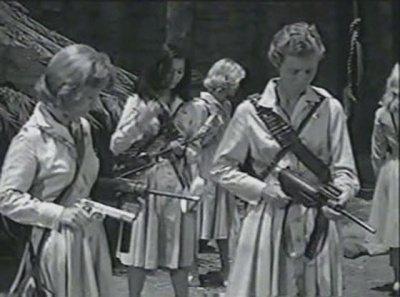 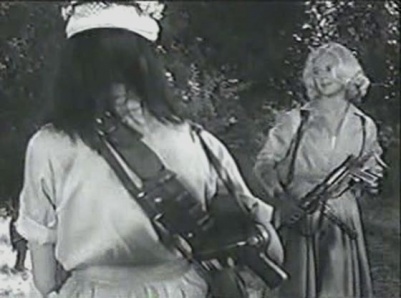 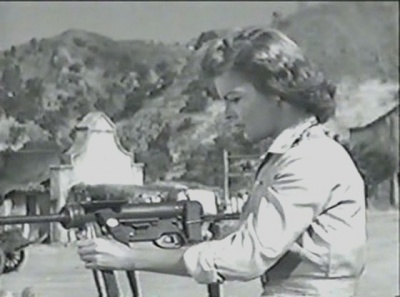 Joy (Patricia Owens) has a problem with her gun. 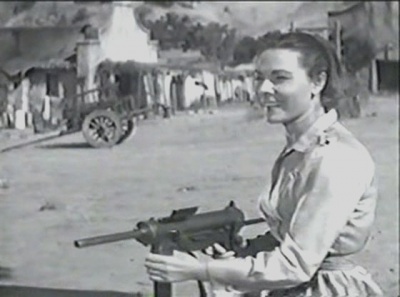 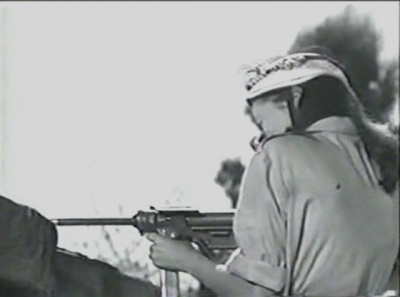 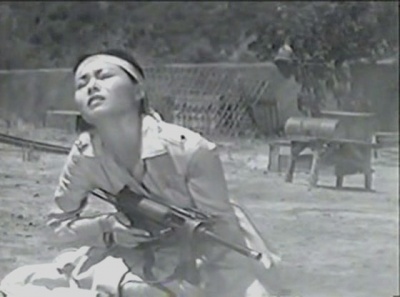 Chioko (Nobu McCarthy) in fight with SMG in her hand. 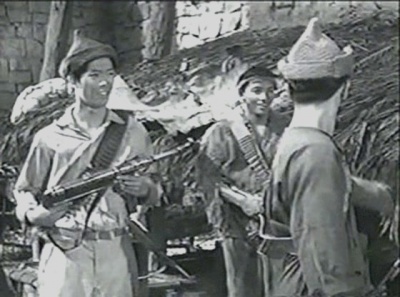 Vietnamesse guerilla with MP40 in his hand. 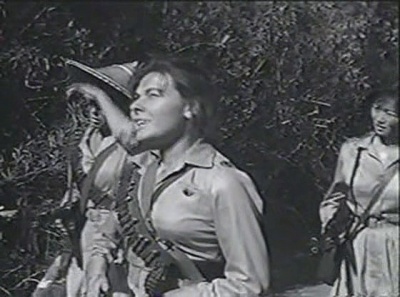 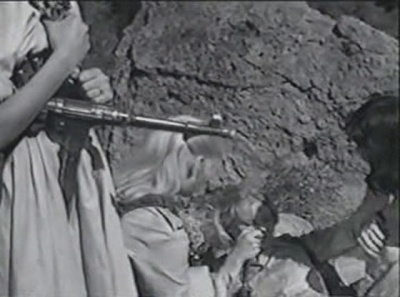 Yvette (Greta Chi) (left) with MP40 slung over her schoulder. 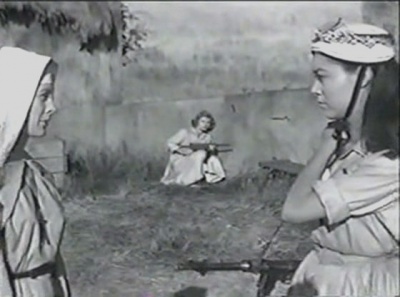 Some Chen's men are armed with a M1 Carbines. 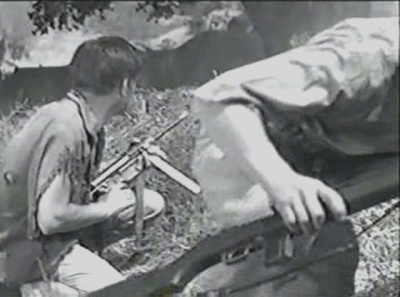 Browning M1917 machine gun is seen at the guerilla's guard post on a road. 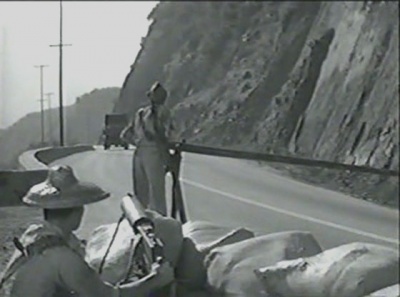 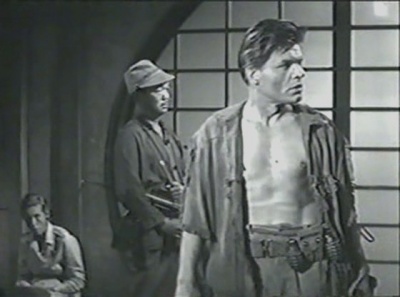 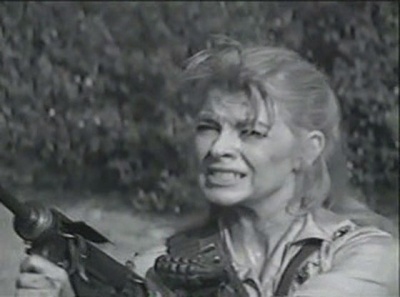 Athena Roberts (Dolores Michaels) with a grenade on her chest. 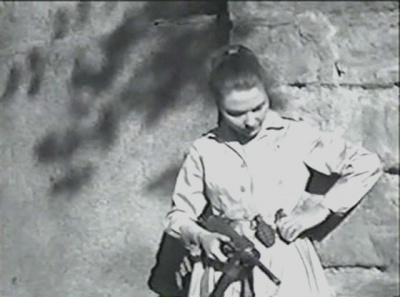