Les Fusillés is a 2015 French World War I movie directed by Philippe Triboit. During the Great War, six French soldiers from the same village are separated from their company following a German bombing. When they finally return to their unit, they are accused of cowardice in the face of the enemy and condemned to be executed.

The following weapons were used in the film Les Fusillés:

A French NCO delivers a mercy shot with an Mle 1892. Near the end of the film, Bastien (Michael Gregorio) uses an Mle 1892. 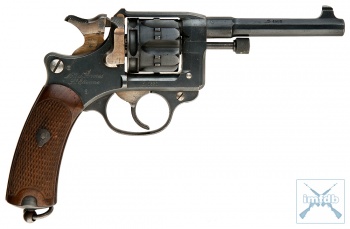 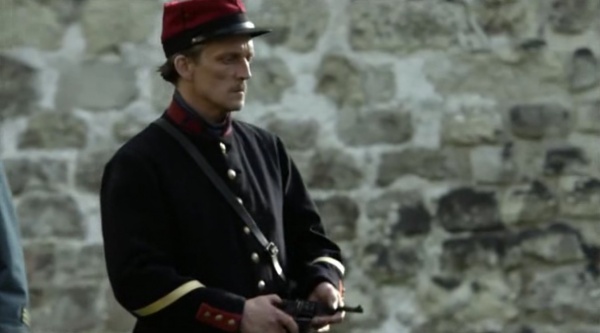 An NCO prepares to fire the mercy shot. 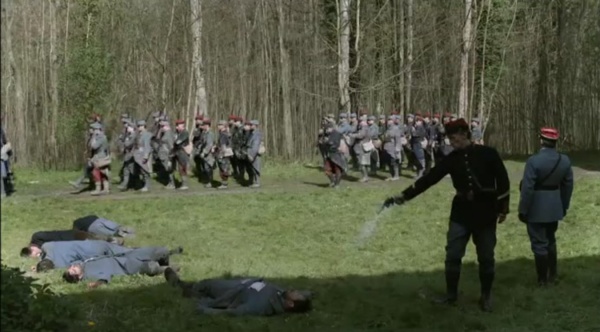 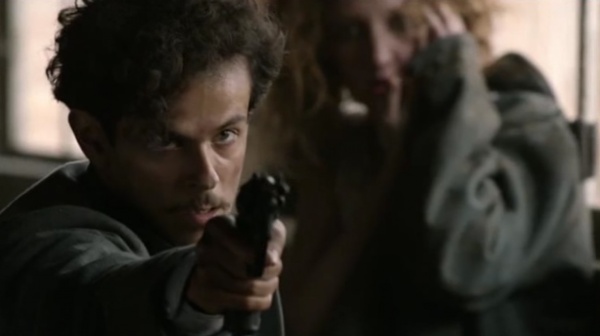 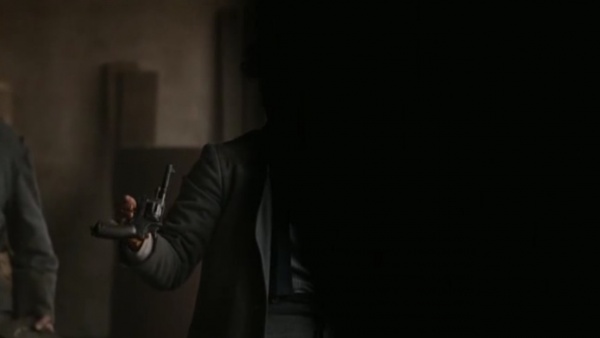 Bastien surrenders after he accidentally kills an officer.

During a night raid, the French leader of the squad carries a Ruby pistol. 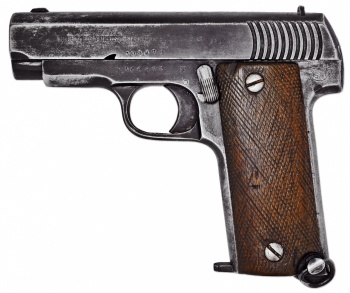 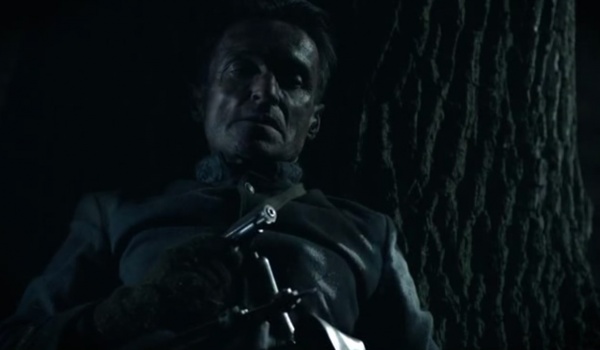 The squad leader with the pistol. 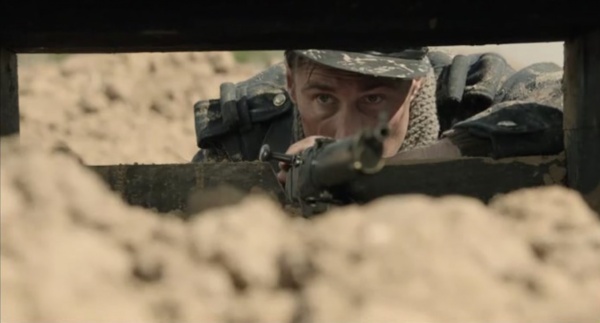 A sentry watching no man's land. 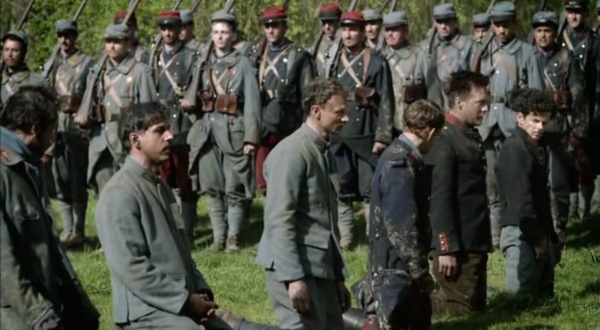 French troops assisting at the execution. 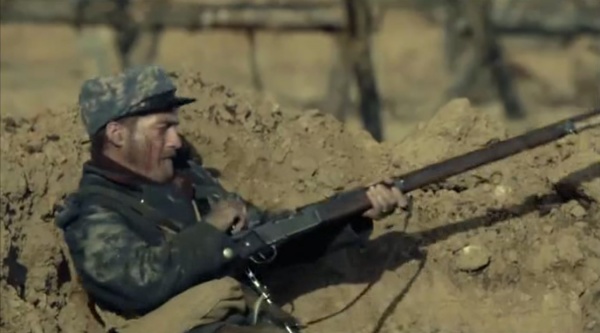 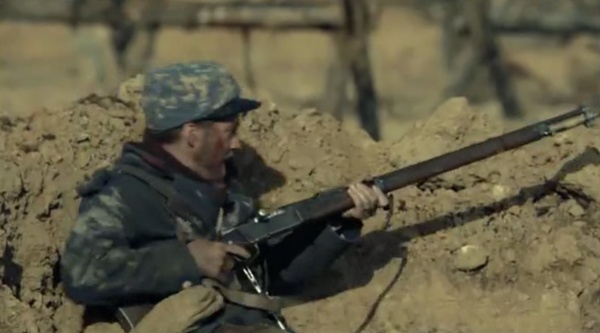 Ready for another shot. 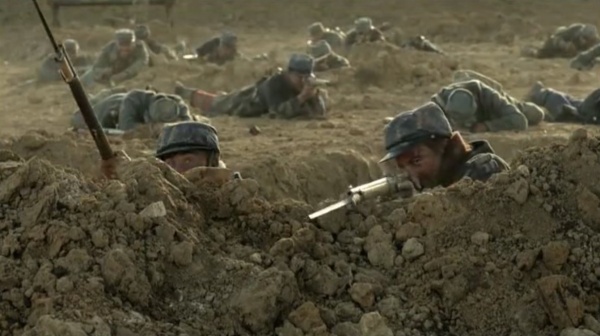 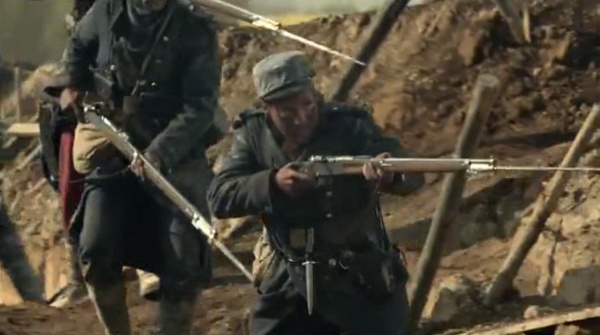 Some French soldiers are armed with the Berthier Mle 1907-15. After the trench battle, Louis changes his Lebel for a Berthier, possibly a continuity error. 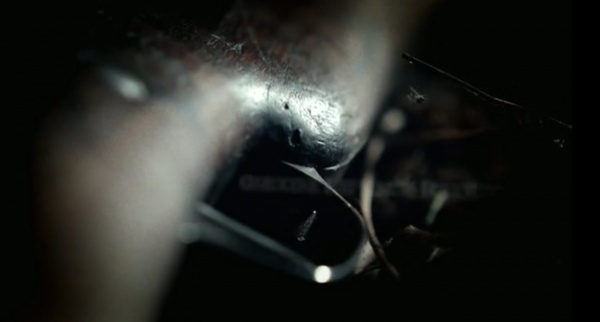 A Berthier as seen in the opening credits. 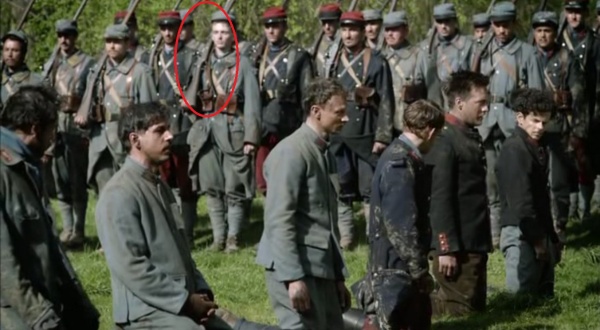 The soldier in the middle is armed with the rifle. 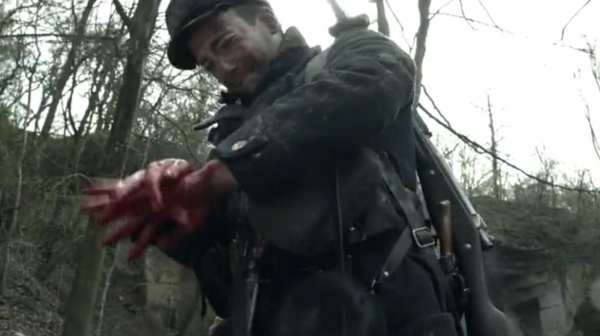 After the trench battle, Louis is now carrying a Berthier, probably in a continuity error.

When the French conquered the German trench, some Mauser Gewehr 1898 rifles can be seen near their dead owners. 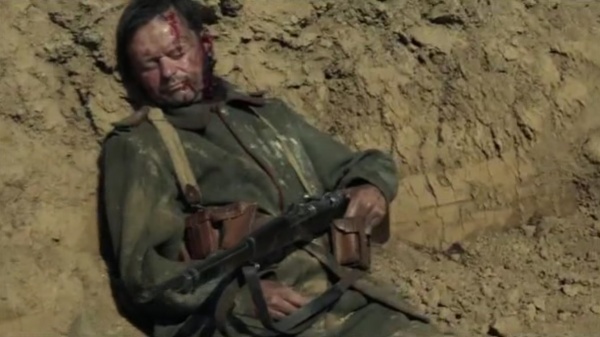 A dead German with his Gewehr. 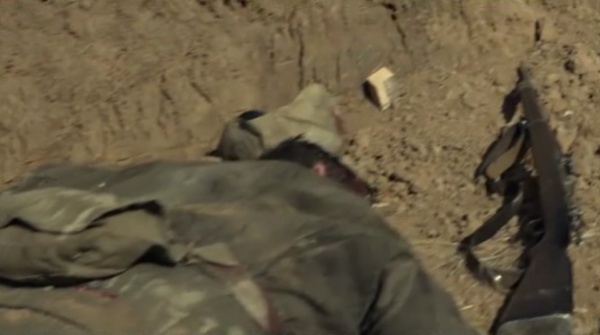 The only machine gun we can see is the Maxim MG08, which unfortunately is never quite visible. The night raid's objective is to destroy a machine gun nest. 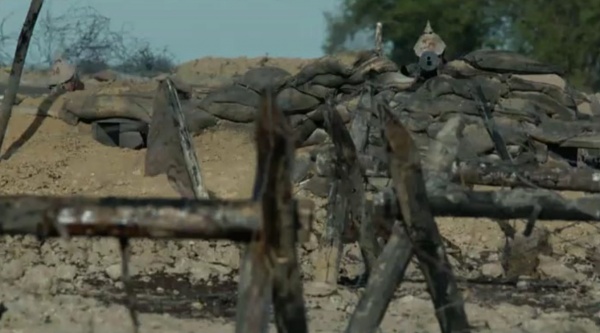 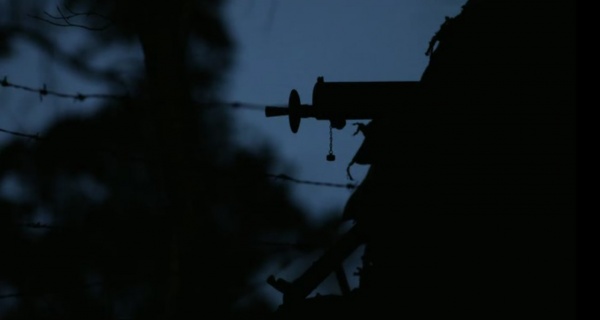 The muzzle of a Maxim. 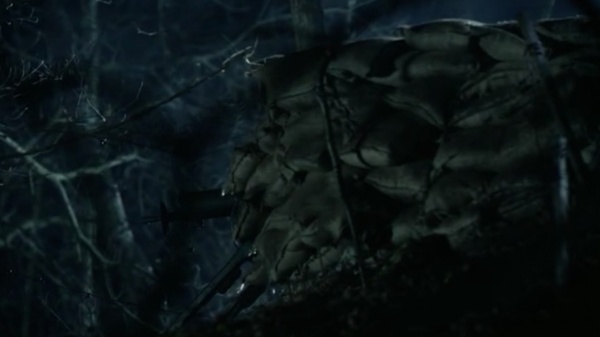 Another shot of the same MG.

French soldiers use Citron Foug modèle 1916 grenades when fighting in no man's land. 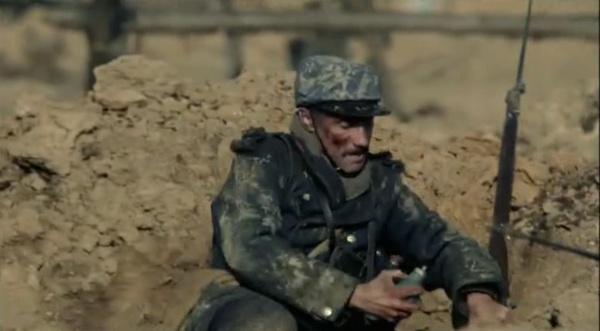 A French soldier uses a Citron Grenade to destroy the machine gun nest.

During the Great War, soldiers from all sides used many kinds of spent ammunition cases to create tools or decorative objects. 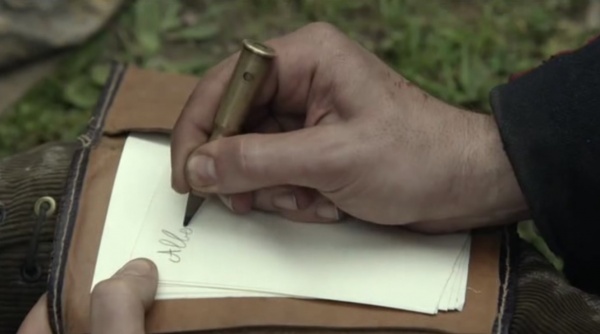 Louis writing with a pencil crafted from an 8mm Lebel case.
Retrieved from "https://www.imfdb.org/index.php?title=Executed_(Les_Fusillés),_The&oldid=1552742"
Categories: