Escape from Alcatraz is a 1979 prison drama starring Clint Eastwood as Frank Morris, a convict who may have pulled off the only successful escape from the notorious Alcatraz prison near San Francisco. The film was directed by Don Siegel (Dirty Harry).

The following weapons were used in the film Escape from Alcatraz:

The guards in the prison towers in Alcatraz are armed with the M1 Carbine. One guard fires his M1 Carbine to break up a fight between Frank Morris (Clint Eastwood) and Wolf (Bruce M. Fischer). Another guard is seen taking target practice with his M1. 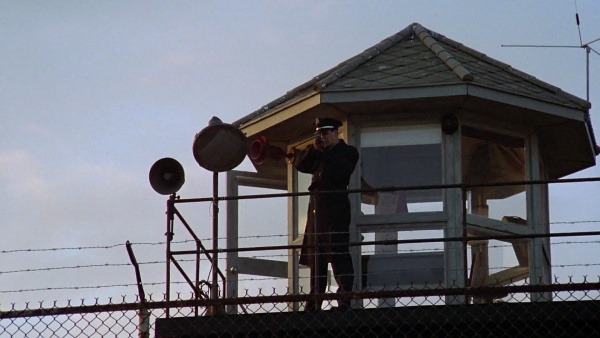 A guard fires a warning at Wolf with his M1 Carbine. 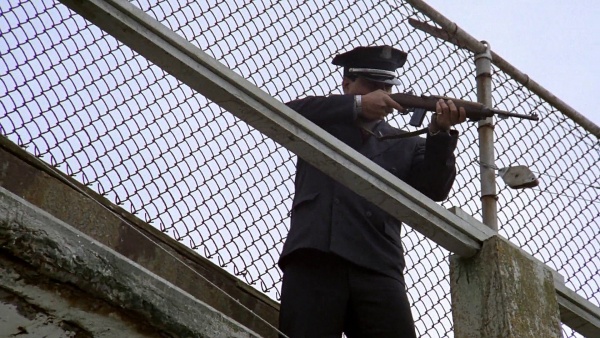 A guard takes target practice with his M1. 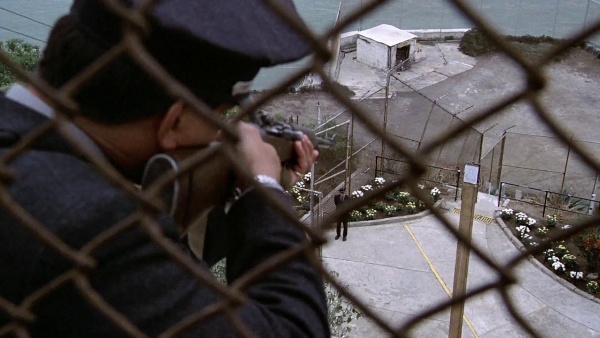 Another angle of the guard with his M1.
Retrieved from "https://www.imfdb.org/index.php?title=Escape_from_Alcatraz&oldid=1263129"
Categories: