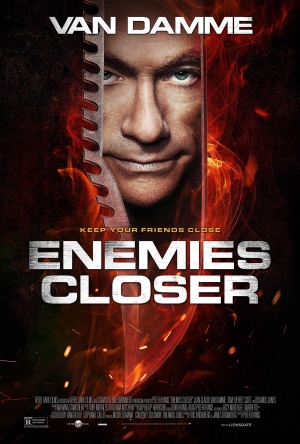 Enemies Closer is a 2014 action film that stars Tom Everett Scott as a former Navy SEAL now employed as a US Forest Ranger who finds himself trying to prevent a shipment of drugs from being transported across the border by a sadistic dealer (Jean-Claude Van Damme). The film was directed by Peter Hyams in his third directorial collaboration with Van Damme, following Timecop and Sudden Death.

The following weapons were used in the film Enemies Closer:

The blank firing Zoraki 925 is seen used by Henry (Tom Everett Scott) as well as one of the cartel soldiers with Xander (Jean-Claude Van Damme). 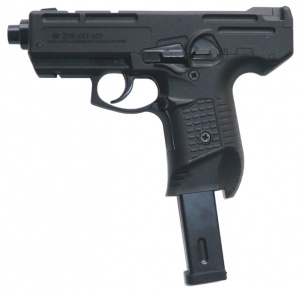 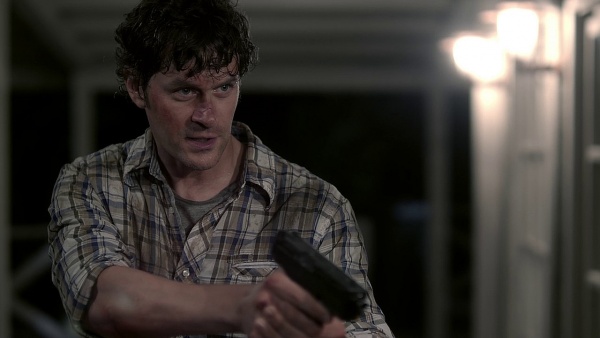 The Beretta Px4 Storm is carried by ICE agents. 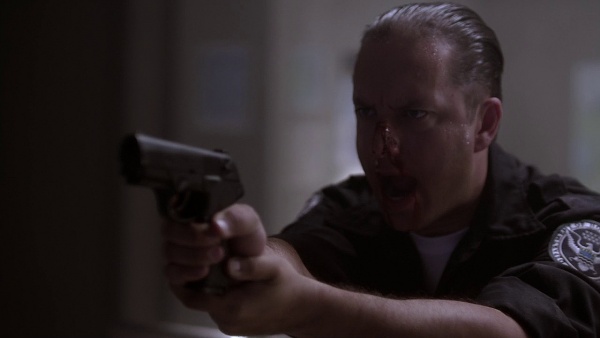 The Beretta Px4 Storm is held by an agent.

Clay (Orlando Jones) is armed with a Heckler & Koch P30. 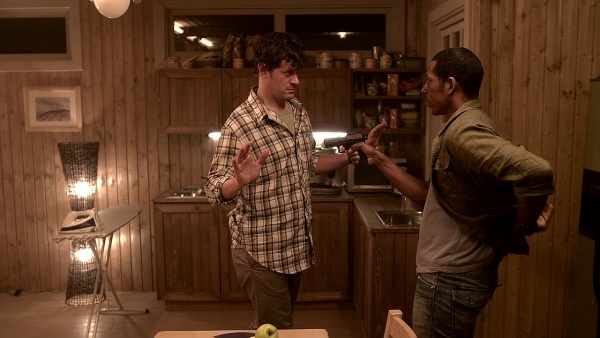 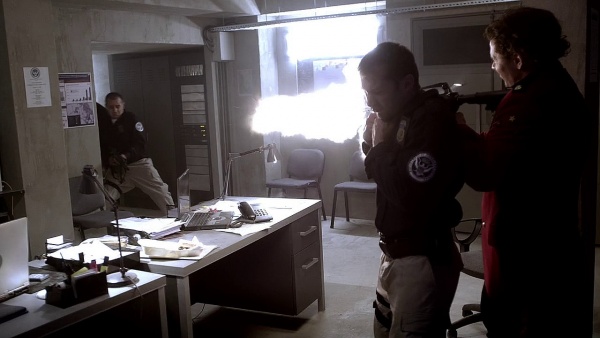 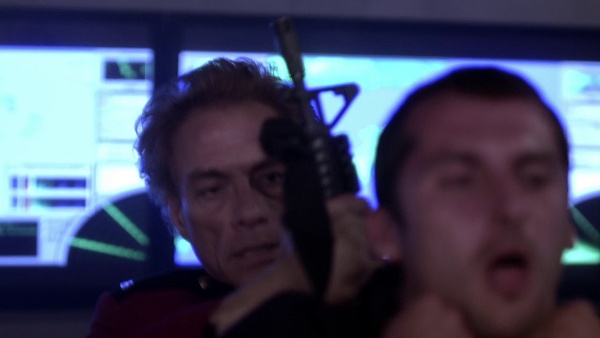 Xander disarms the agent of the rifle.

When Henry emerges from the water he pulls this FN SCAR-L on Xander. Mistakenly he calls it a Magpul ACR which works even after being submerged for days. 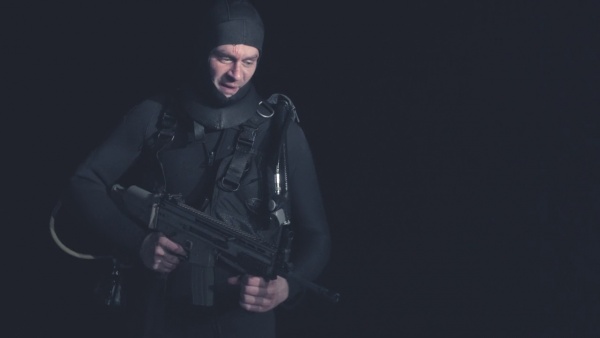 Henry armed with the SCAR
Retrieved from "https://www.imfdb.org/index.php?title=Enemies_Closer&oldid=948216"
Categories: