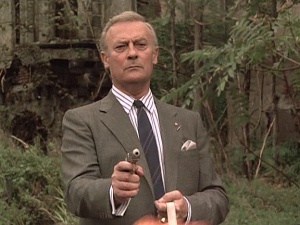 Edward Woodward (1930-2009) with his Walther PPK/S as Robert McCall in The Equalizer. 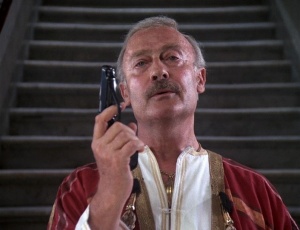 Edward Woodward with an Astra A-50 as Sir Eustace Pedler in The Man in the Brown Suit.