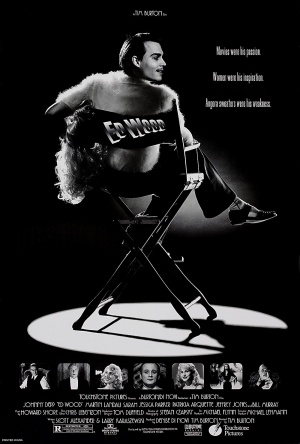 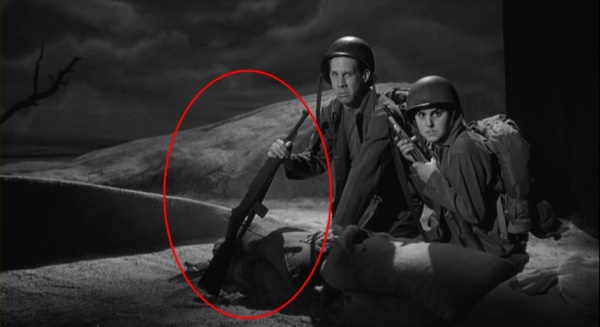 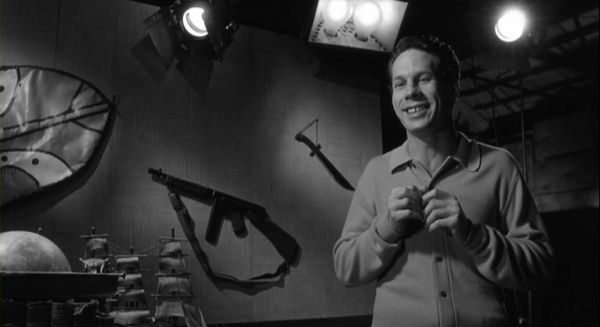 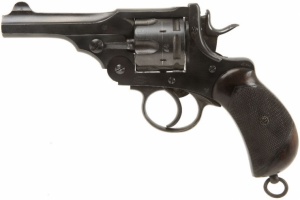 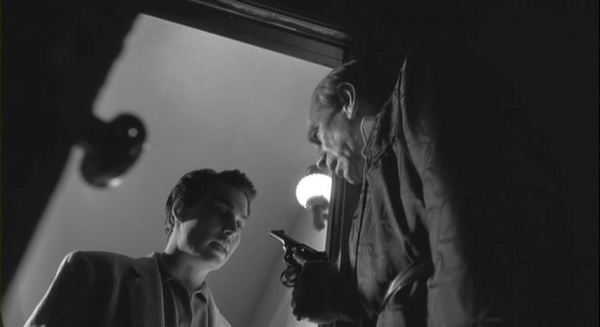 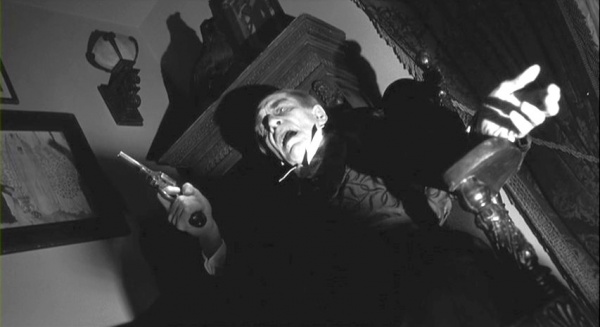 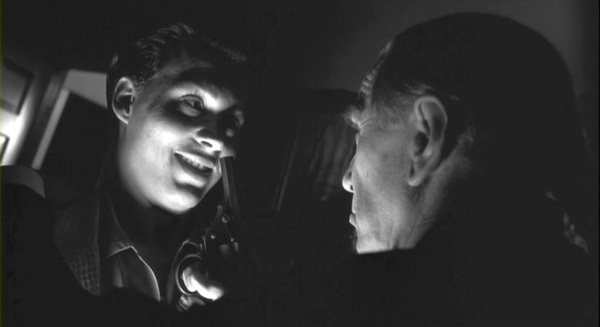 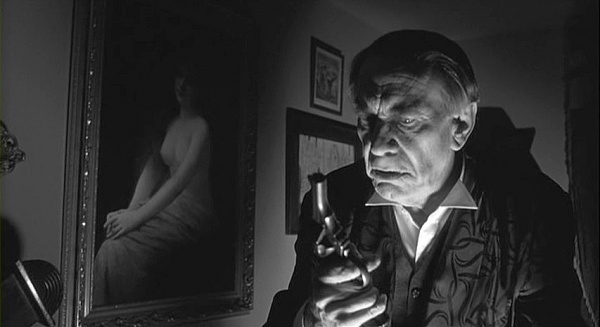 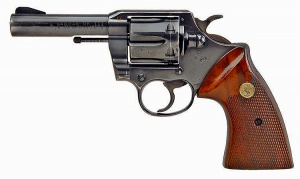 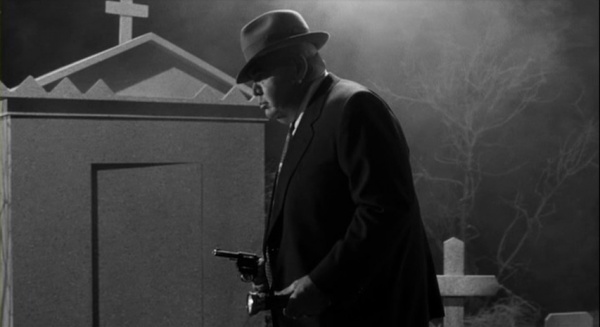 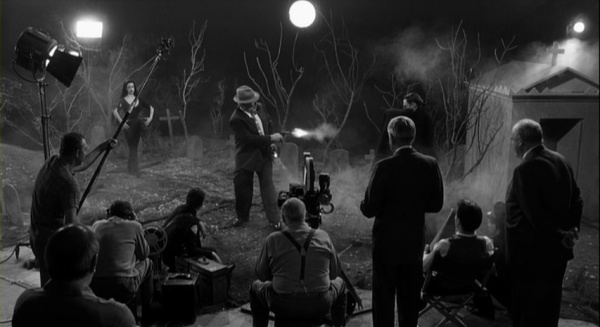 Inspector Clay fires upon Vampire Girl as played by Vampira (Lisa Marie) and Ghoul Man as played by Tom Mason (Ned Bellamy). Tom Mason was the chiropractor of the wife of Ed Wood who was infamously cast in Plan 9 from Outer Space to double for Bela Lugosi, who had died before filming completed. Mason, who was taller and didn't really resemble Lugosi, had to cover half his face with a cape for all of his scenes. 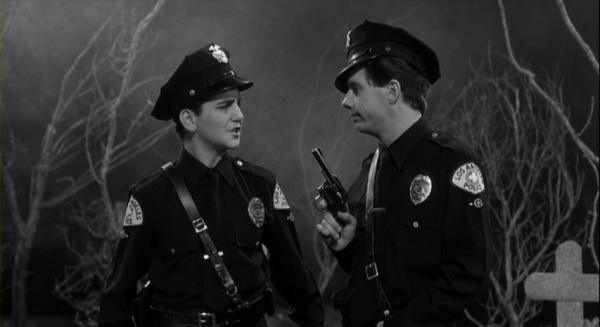 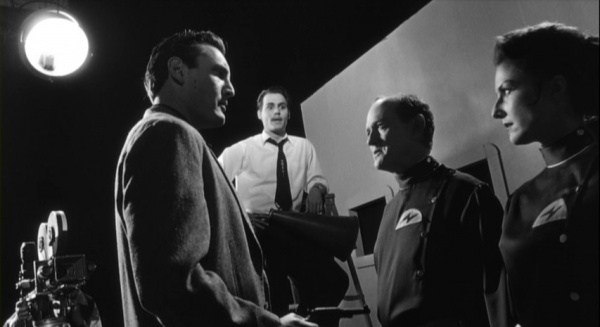 Walcott with the Colt Official Police. In the film, he was merely introduced as the choir director of the church financing Plan 9 from Outer Space, but in reality, Gregory Walcott was an established actor and actually had a cameo in Ed Wood.
Retrieved from "https://www.imfdb.org/index.php?title=Ed_Wood_(1994)&oldid=1443315"
Categories: