Doughboys is a 1930 comedy movie directed by Edward Sedgwick. The young privileged Elmer is looking for a job in an employment office in order to impress his beloved. Unfortunately, the supposed job center is an army recruiting office. Before he knows it, Elmer is in uniform and under the command of the choleric Sergeant Brophy.

The following weapons were used in the film Doughboys: 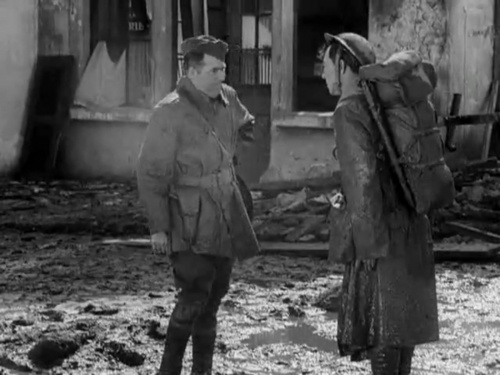 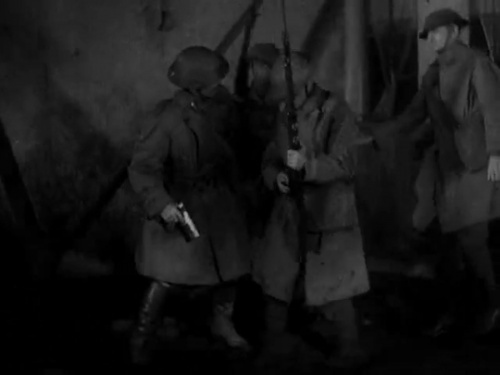 Another Colt held by Lieutenant Randolph. 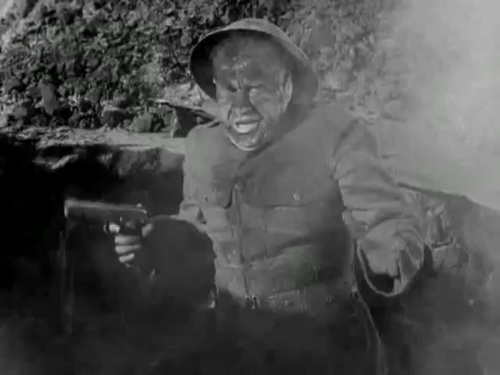 A stunned Sgt. Brophy brandishes his pistol after accidentally surprised by a grenade.

Elmer takes a Luger P08 pistol from the German soldiers as a souvenir. This pistol is also briefly held by Captain Scott. 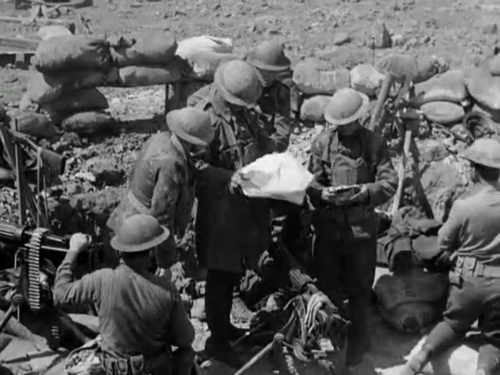 Elmer cleans his souvenir, but his officers are rather interested in the wrapped paper. 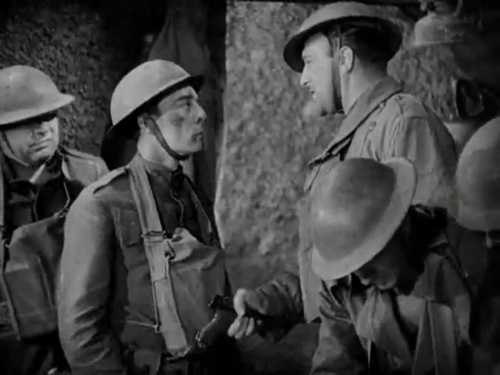 The Luger is shaken around by Captain Scott thinking it is Elmer's hand. 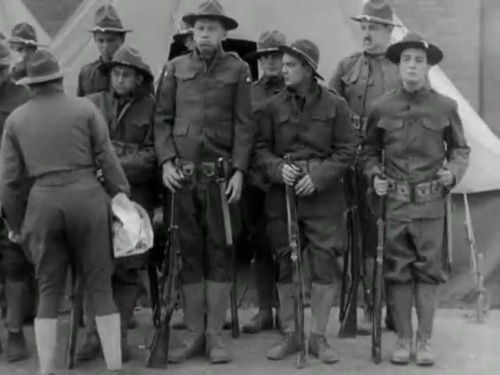 The Doughboys are being inspected by Sgt. Brophy. 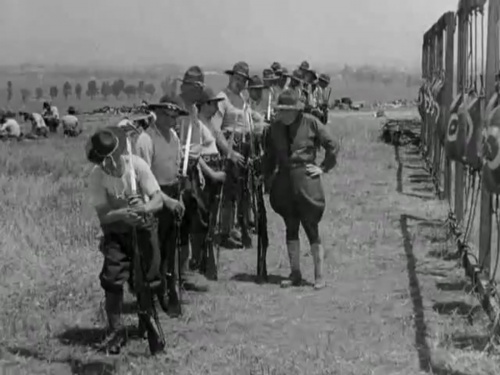 Elmer fixes the bayonet after losing it. 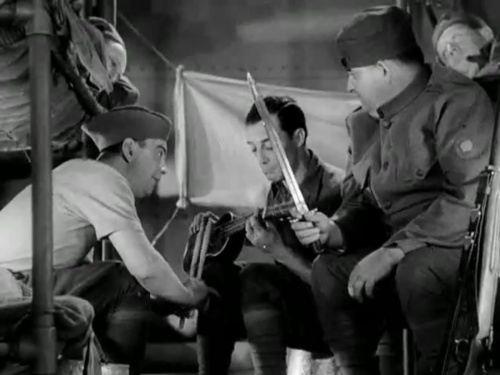 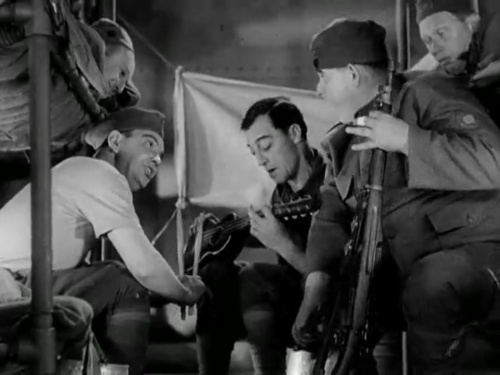 ... and uses it as a French bow for his Springfield that is now his Cello. 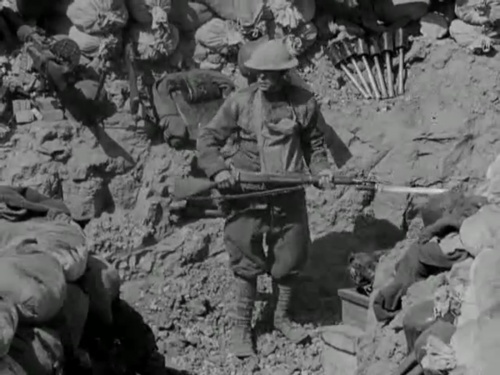 Elmer with his Springfield at the ready in the German trench. 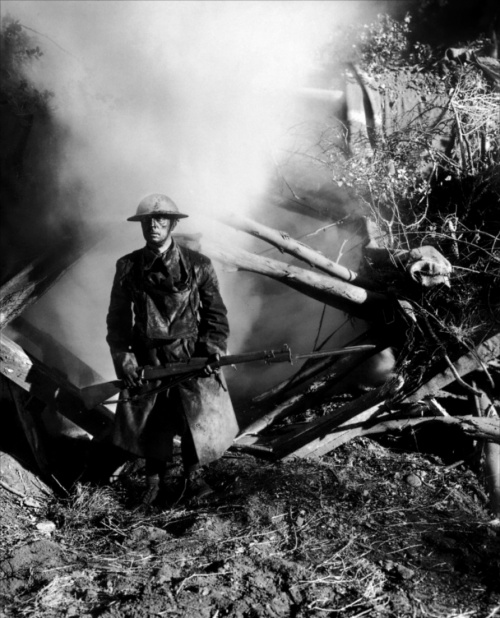 A Productional picture of Buster Keaton holding the Springfield. 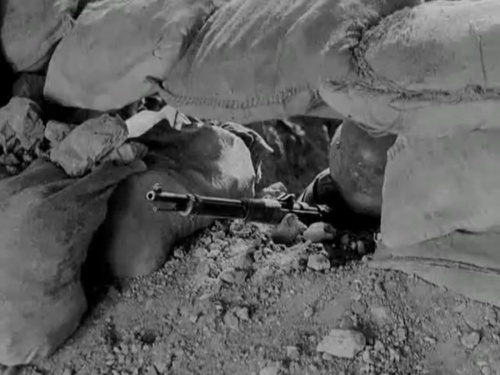 A Gewehr 98 lies next to a German-like silhoutte 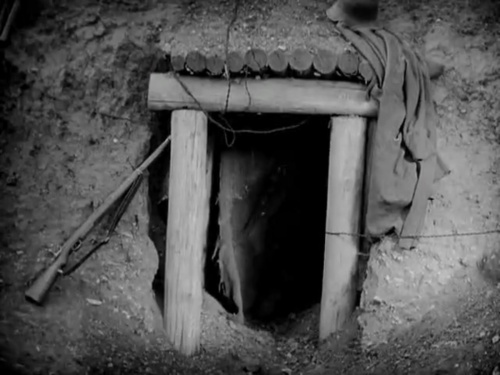 Another unused rifle next to shelter entrance. 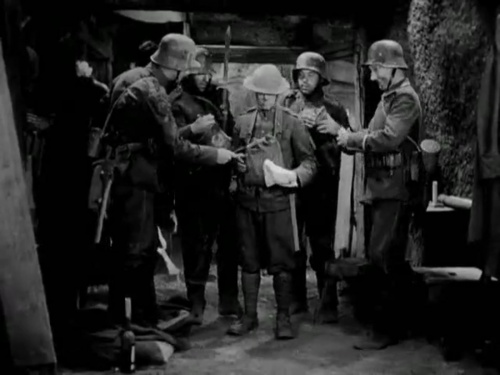 A German soldier offers Elmer his Mauser with fixed SG 98/05 bayonet as a souvenir. This soldier is the only one who wears a late WWI M18 Stahlhelm. 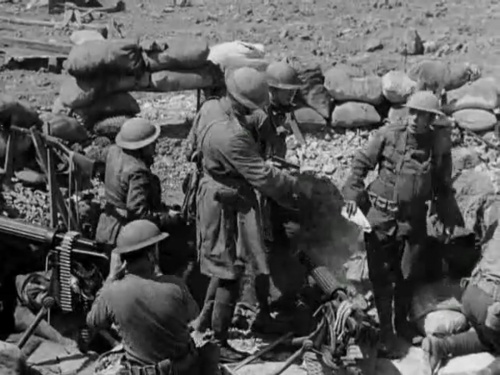 Two Vickers in the American trench.

Maxim MG08/15 machine guns are seen in the German trench. At the end of the movie, Elmer is seen set up one of them. 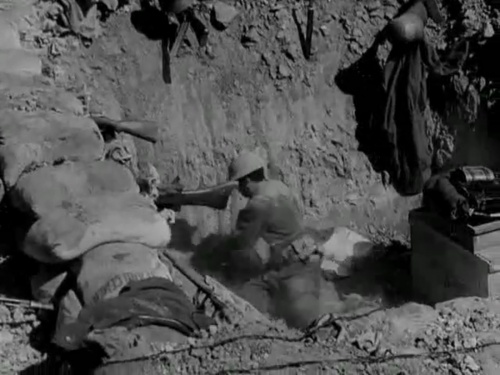 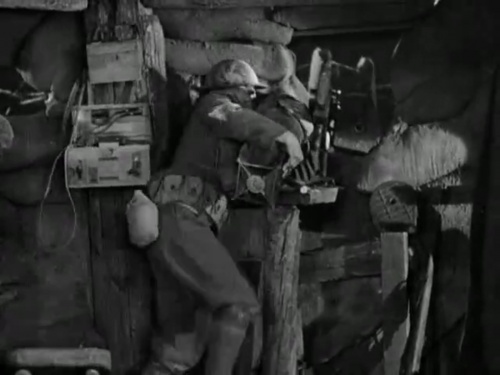 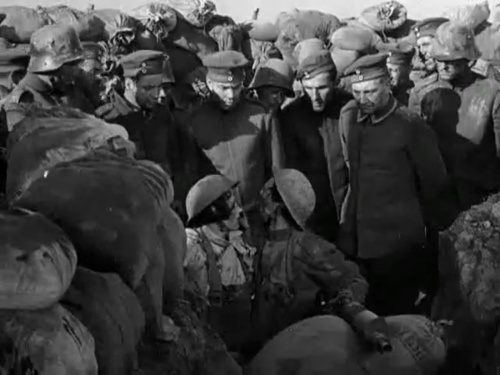 Elmer prepared a MG position in the German trench. 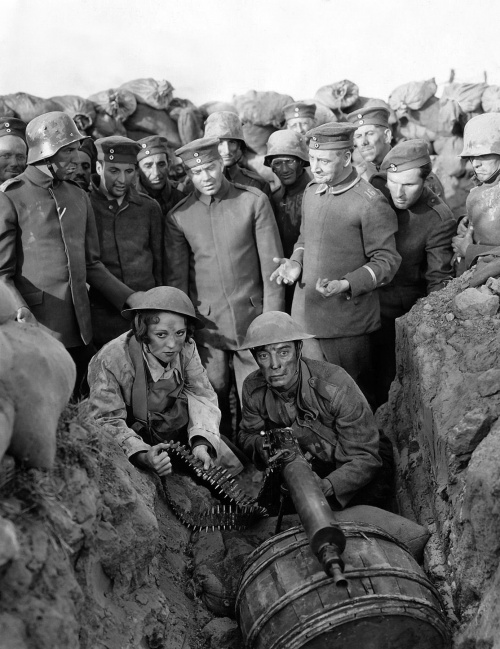 A Productional picture of the same scene.

In the German trench, several Model 16 Stielhandgranates are seen lying around. Mary (Sally Eilers) and Elmer can be seen using them. 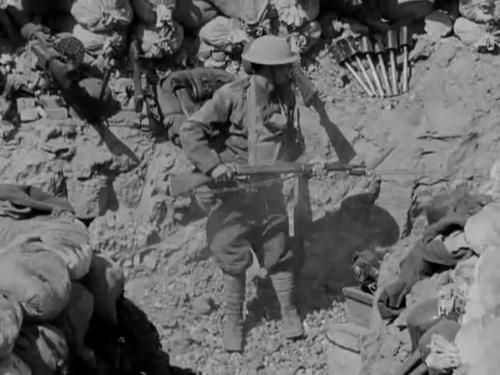 Several stick grenades in the trench. 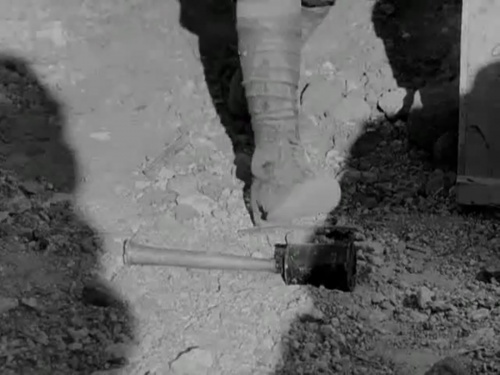 A closer view of one grenade, Elmer steps on. 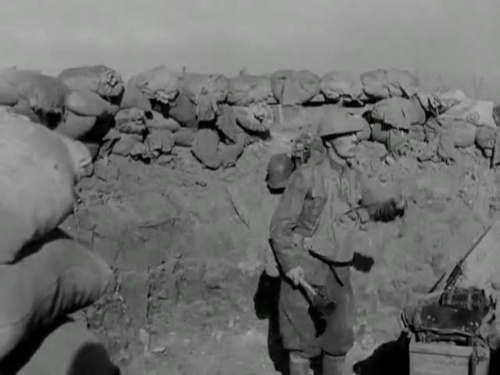 Elmer is about to throw this grenade. 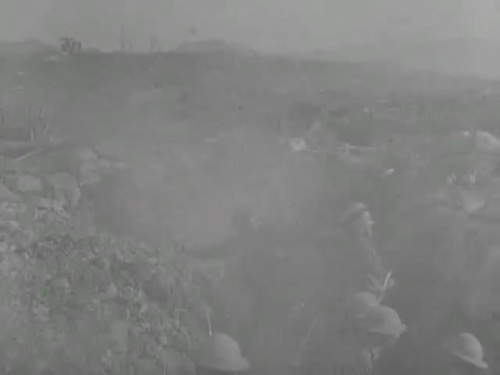 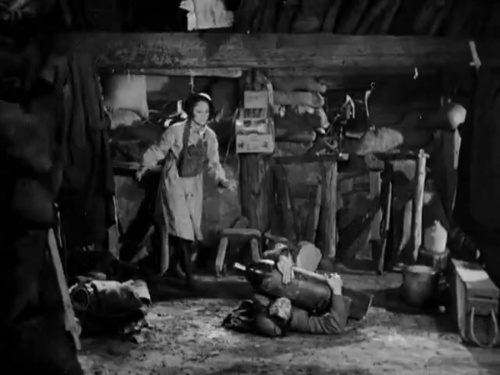