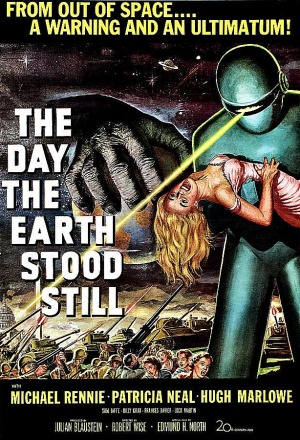 The Day the Earth Stood Still is the 1951 science fiction classic directed by Robert Wise. The film's plot revolves around an alien who has arrived on Earth with a message that could affect the survival of the human race. The film was based on the Harry Bates short story Farewell to the Master and a feature film remake starring Keanu Reeves was released in 2008.

The following weapons were used in the film The Day the Earth Stood Still: 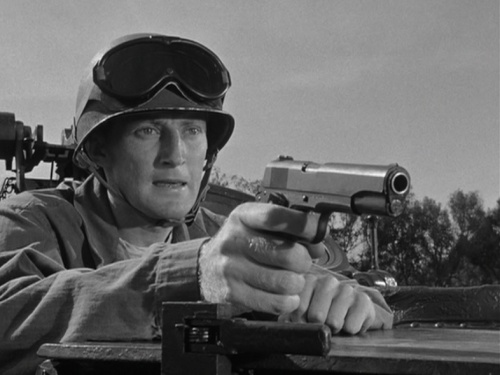 The clearly nervous tanker keeps his M1911 trained on Klaatu. 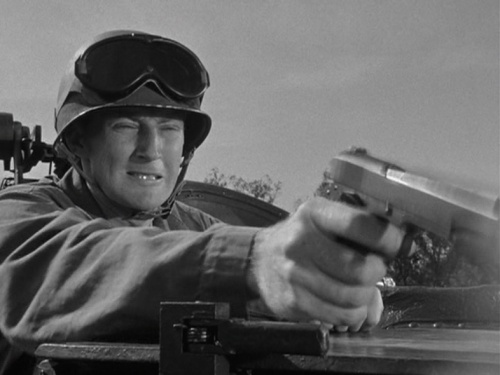 The tanker fires reflexively when Klaatu draws a "weapon" (later revealed to be a peace offering). 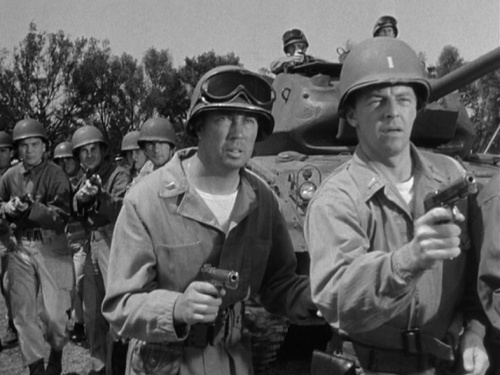 Other soldiers with their M1911's drawn in response to Gort's sudden appearance.

Soldiers are armed with M1 Carbines. Gort famously melts these rifles from the soldiers' hands to show that he has come to bring peace. 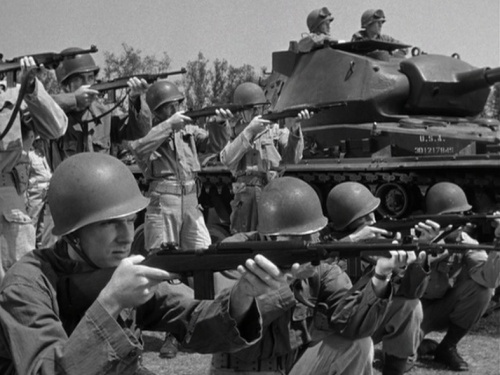 Soldiers aim their M1 Carbines at the landed spaceship. 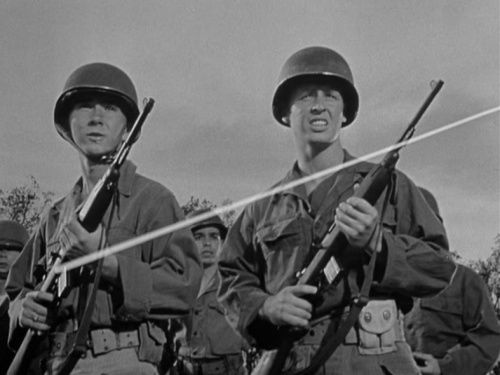 Gort, in response to Klaatu's wounding, fires a laser beam from his eye-visor that strikes the soldiers' weapons. 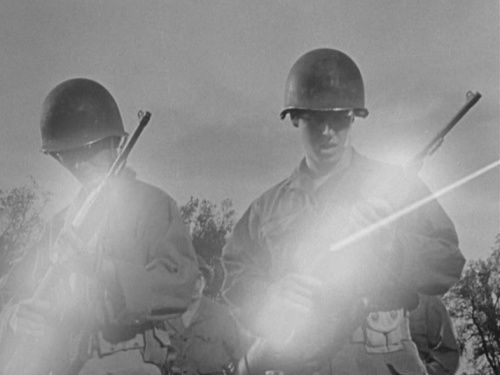 The soldiers stare down in shock as their M1 Carbines disintegrate. (They don't, although a severely peeved Gort does later completely disintegrate two unfortunate guards.) 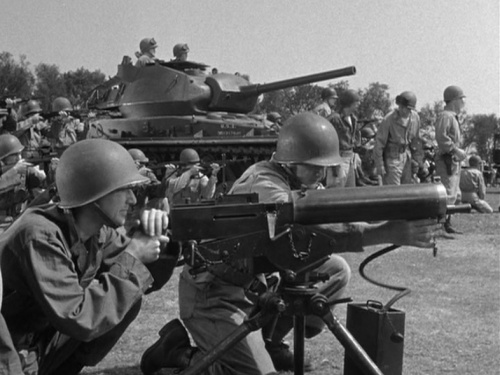 Browning M2HB machine guns are mounted on many Army vehicles, most notably some of the Jeeps that pursue Klaatu's taxi cab through the city. 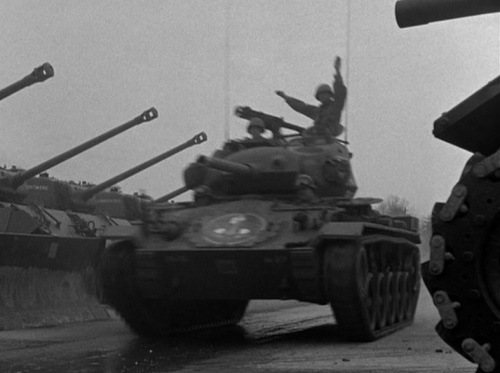 A Browning is visible mounted on the tank turret. 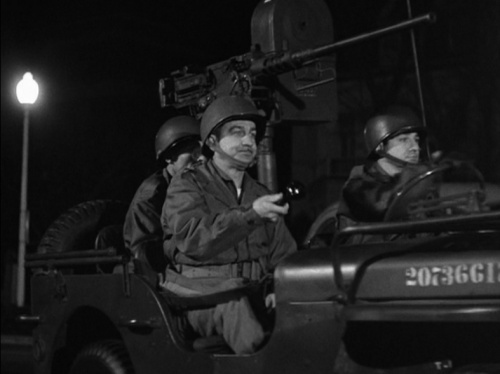 Browning mounted on a Jeep.
Retrieved from "https://www.imfdb.org/index.php?title=Day_the_Earth_Stood_Still,_The_(1951)&oldid=1056048"
Categories: