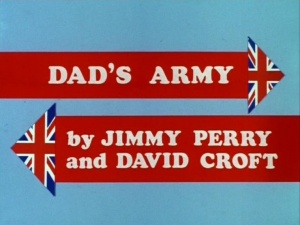 Dad's Army is a British sitcom that was broadcasted on the BBC between 1968 and 1977, about a platoon of the British Home Guards tasked with defending the fictional town of Walmington-on-Sea in the event of a German invasion. The platoon is led by pompous Captain George Mainwaring (Arthur Lowe) and his diffident Second-in-Command, Sergeant Arthur Wilson (John Le Mesurier). It is often cited as one of the most popular British television shows. Several of the cast were veterans of World War One or Two. A film version starring Toby Jones, Bill Nighy and Catherine Zeta-Jones was released in 2016.

The following weapons were used in the television series Dad's Army:

The Walmington-on-Sea platoon is issued with M1917 Enfield rifles in the episode Command Decision. These become their main service weapons, with the exception of Captain George Mainwaring (Arthur Lowe). Private James Frazer (John Laurie) frequently switches between the M1917 and the Lewis Gun, depending on the scenario. The M1917 Enfield was indeed issued in large numbers to the Home Guard, in lieu of the Short Magazine Lee-Enfield, under the Lend Lease program. 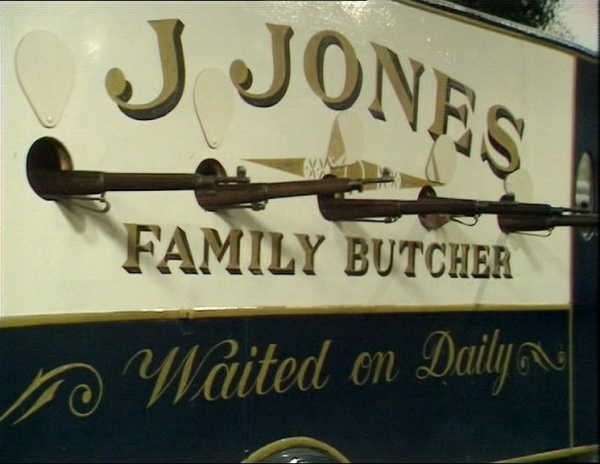 The platoon demonstrates a firing drill from their new Armoured Car (Lance-Corporal Jones' Butcher Van) with M1917 Enfield's in The Armoured Might of Lance Corporal Jones. 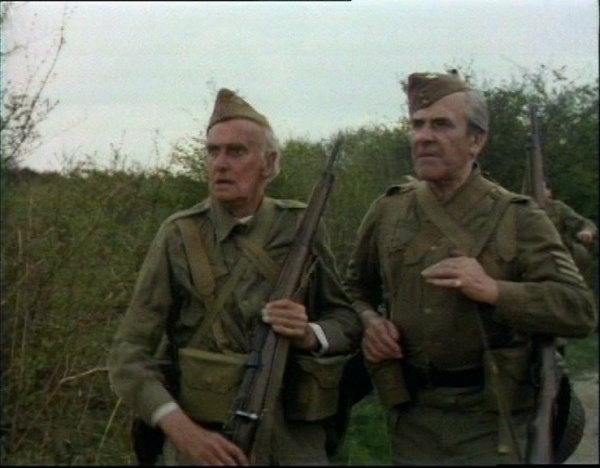 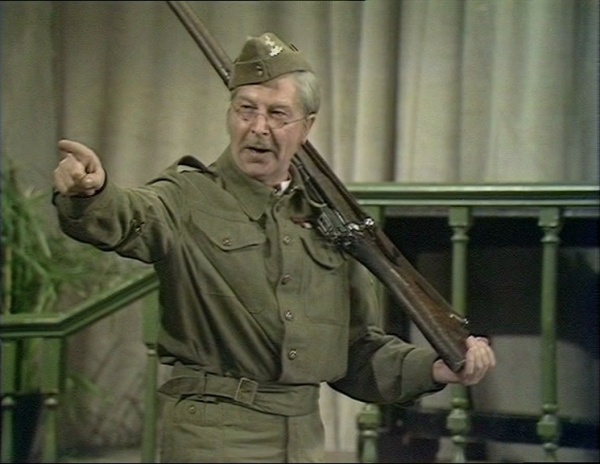 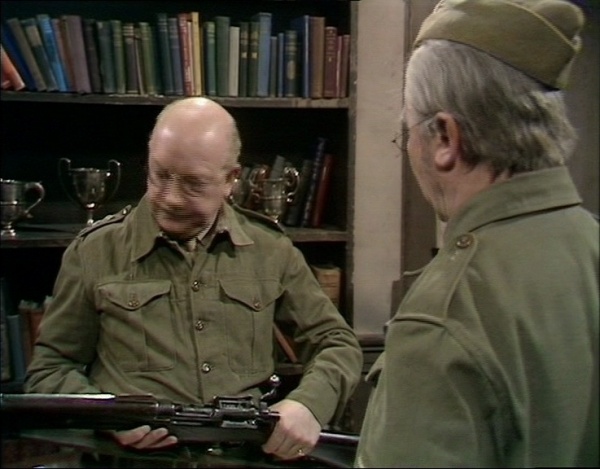 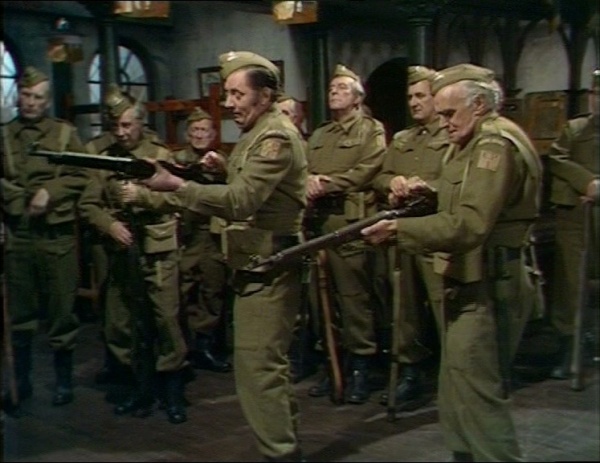 Private Joe Walker (James Beck) and Private James Frazer (John Laurie) fire blanks from their M1917's in a house-clearing drill, unaware the Vicar, Verger and ARP Warden are in the room. 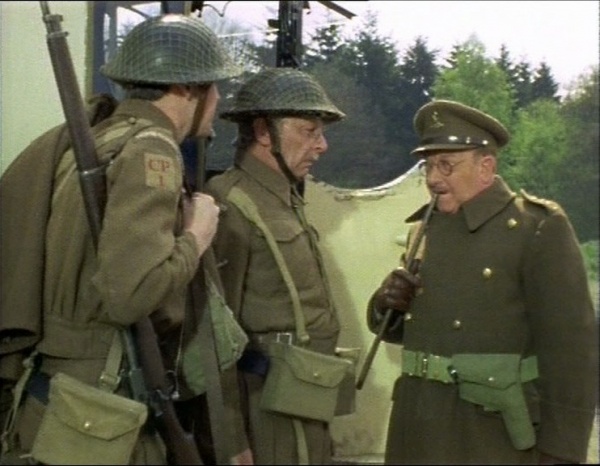 The platoon is issued an M1928A1 Thompson with two magazines, a stick and drum, in All is Safely Gathered In. It is first issued to Private Frank Pike (Ian Lavender), whom refers to it as the "Chicago Piano" and constantly uses it to make machine gun noises, to Captain Mainwaring's annoyance. Like the M1917 Enfield, the Thompson was issued to the Home Guard under Lend-Lease. 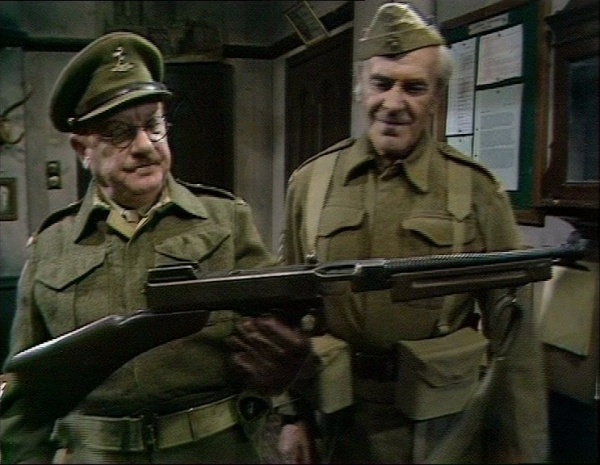 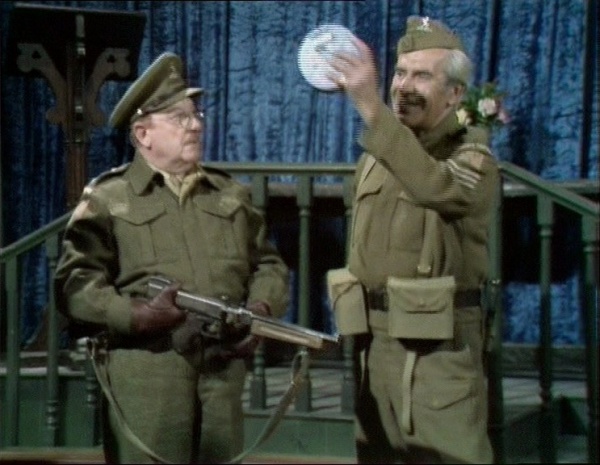 Wilson shows off the 50-round drum. 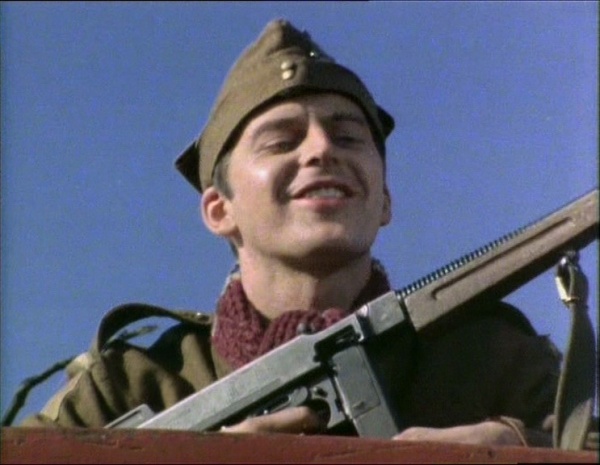 Private James Frazer (John Laurie) is issued the platoon Lewis Gun. It is most notably used in The Battle of Godfrey's Cottage, when Frazer fires on a detachment of the Home Guard he mistakes for Germans, and No Spring for Frazer, when he misplaces the gun's spring and is forced to search a used coffin for it. Captain George Mainwaring (Arthur Lowe) also keeps a Lewis Gun - presumably the same one - mounted on a sandbagged nest in defence of his bank. 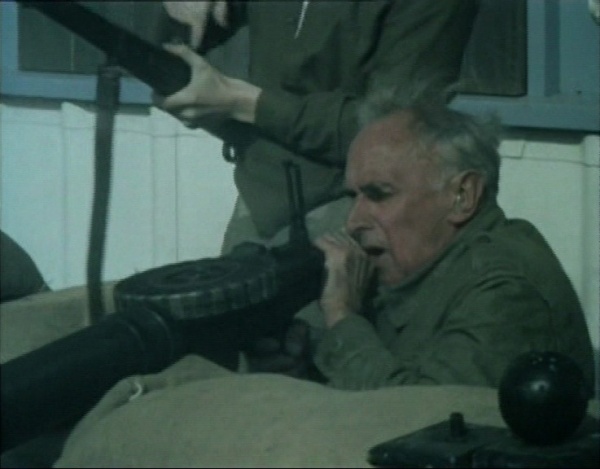 Private James Frazer (John Laurie) fires his Lewis Gun at an errant sea mine in Menace from the Deep. 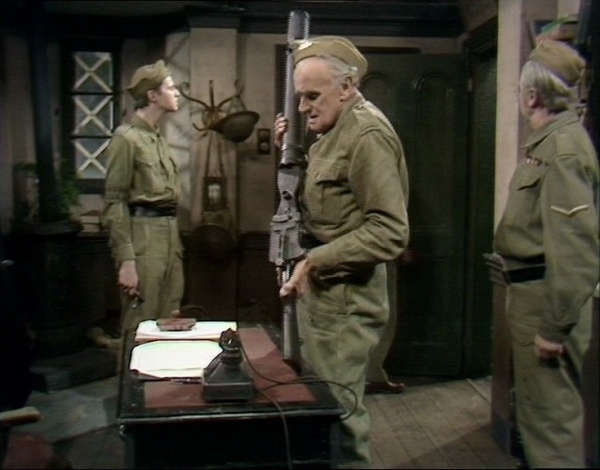 Frazer with his Lewis Gun, sans a magazine, in No Spring for Frazer.

Captain George Mainwaring (Arthur Lowe) carries a Webley Mk VI throughout the series. It may have been his old service revolver from his time in the army, as many Home Guard officers used theirs. 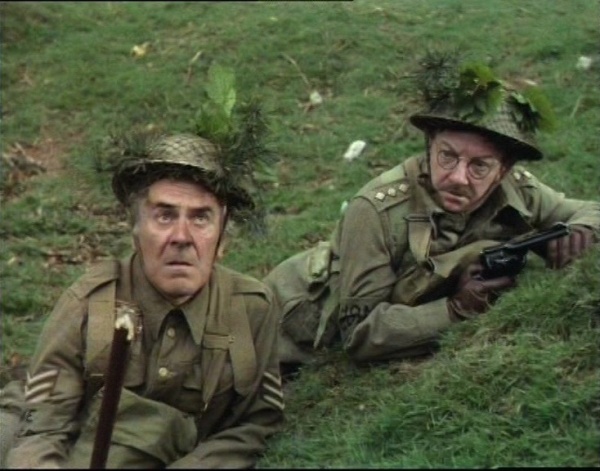 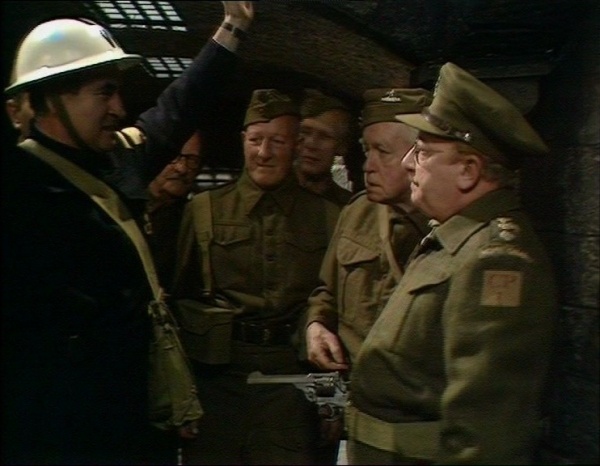 Captain Mainwaring holds his Webley on snooping ARP Warden Hodges (Bill Pertwee) in Round And Round Went The Great Big Wheel.

A Smith Gun, ad hoc anti-tank artillery piece issued to Home Guards, is seen in "We Know Our Onions". 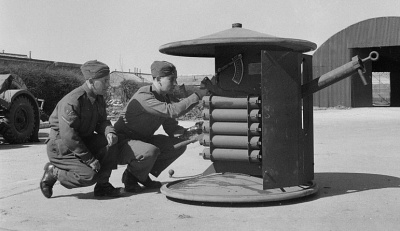 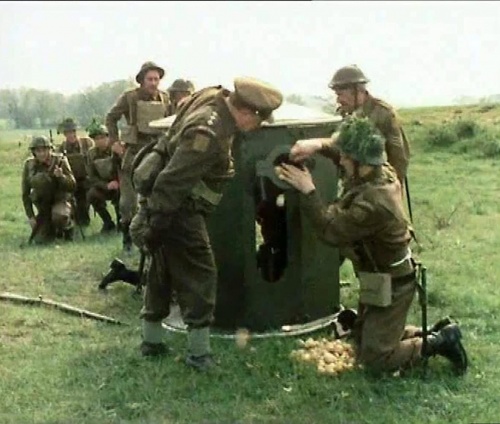 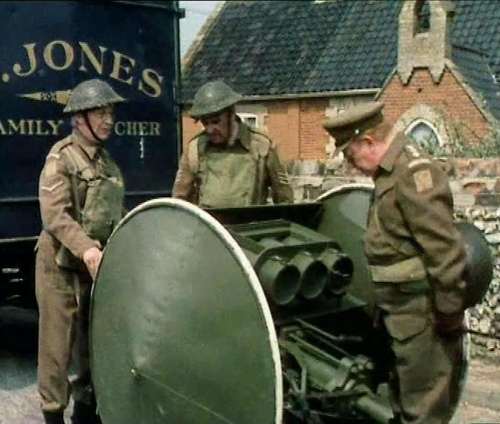 Another view of the Smith Gun. 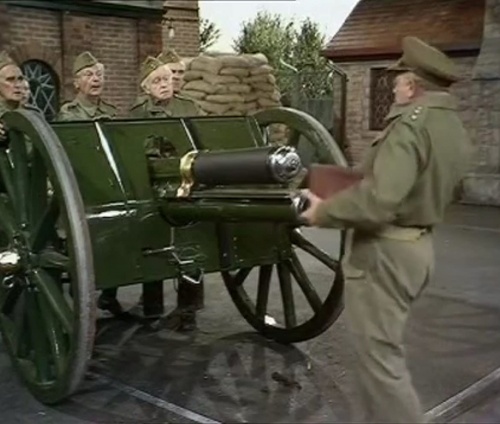 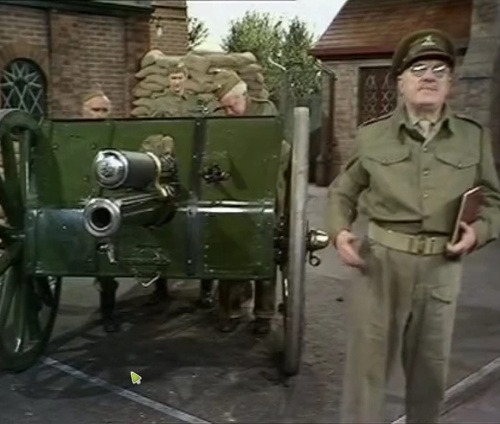