The plot of the movie covers the adventures of the international (Soviet-Czechoslovak-French) geological expedition in one of the Latin American countries. The drug boss Antonio Valdes is arrested by police, and his brother Sebastian (Nikolai Yeryomenko, Jr.) decides to capture the geologists as hostages and exchange them for his brother. Meanwhile police commissioner Santillana (Aleksandr Filippenko) has his own plan which can be deadly for both Valdes brothers and for the geologists...

The following weapons were used in the film Copper Angel (Medny angel): 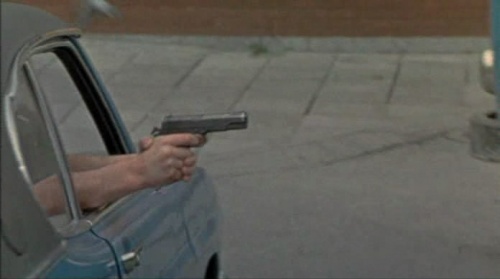 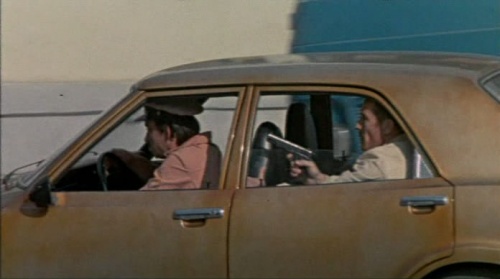 Commissioner Santillana (Aleksandr Filippenko) with his M1911A1 during the pursuit of Valdes' car. 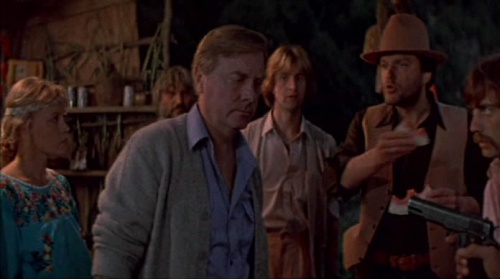 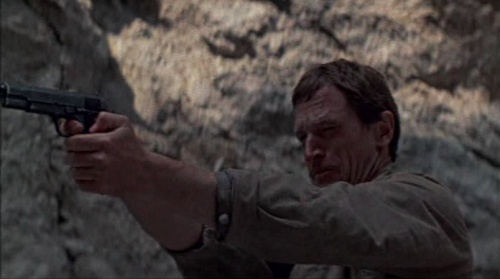 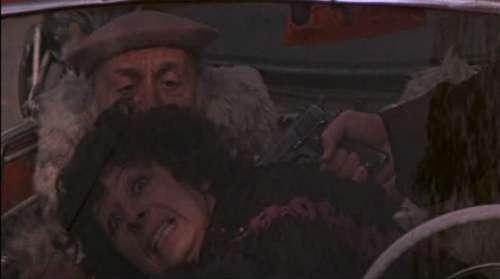 Walther P38 is used by one of the gangsters. After he is killed, his Walther is taken by Marina Gromova (Irina Shevchuk) and later it was used by Maurice Barrault (Leonid Yarmolnik). 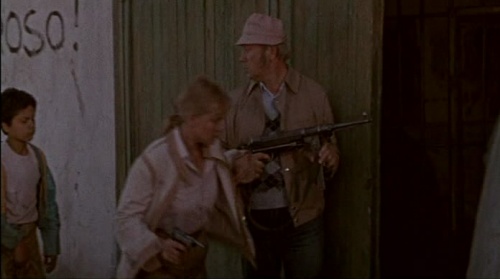 A blurry view on P38 in hand of Marina Gromova (Irina Shevchuk). 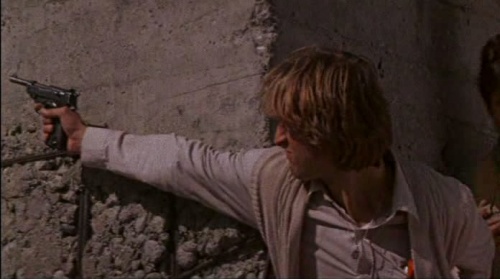 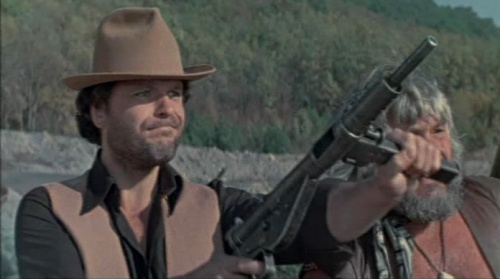 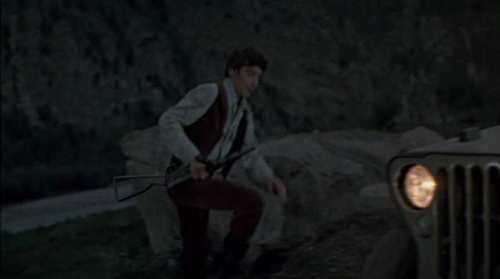 One of the gangsters was armed with M1928A1 Thompson. 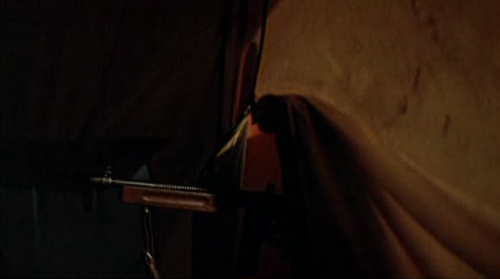 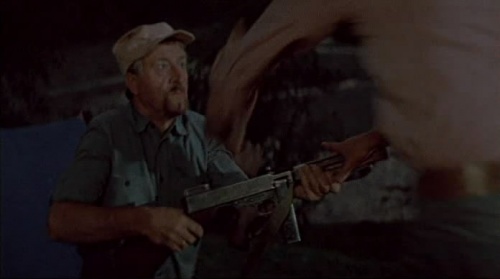 The native guide of the expedition is disarming the gangster with Thompson... 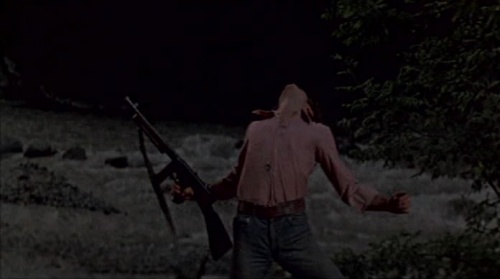 ...but next moment he is mortally wounded.

Several gangsters are armed with MP38 SMG. One of the SMGs is later used by Professor Larsen (Leonid Kuravlyov). 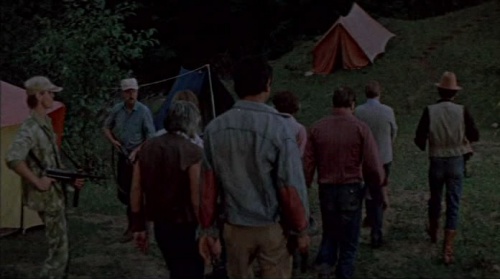 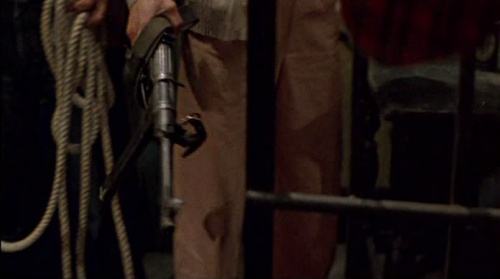 One of the weapons used in the movie by both police and gangsters are Sturmgewehr 44 automatic rifles, visually modified with the addition of a carrying handle, a modified front sight and shorter magazines to resemble M16 rifle. 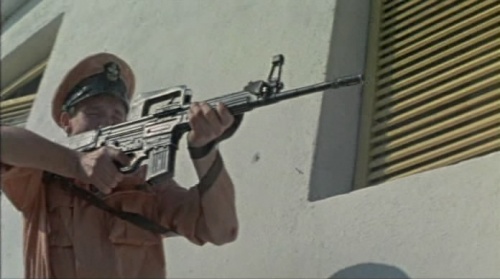 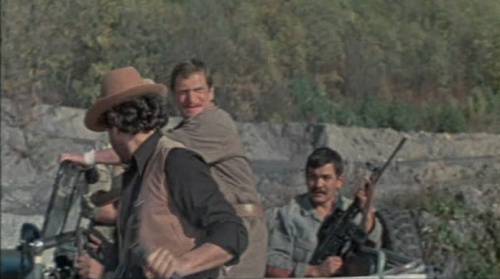 One of the gangsters (Nartai Begalin) is armed with fake M16. 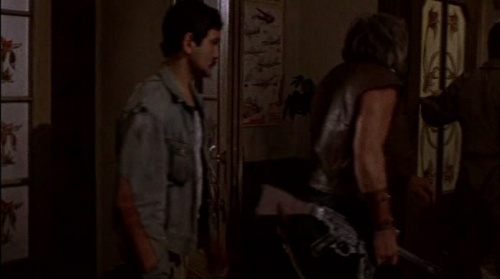 In the final scene of the movie Commissioner Santillana (Aleksandr Filippenko) is seen with a sniper rifle. It's most likely some hunting carbine of Soviet origin. 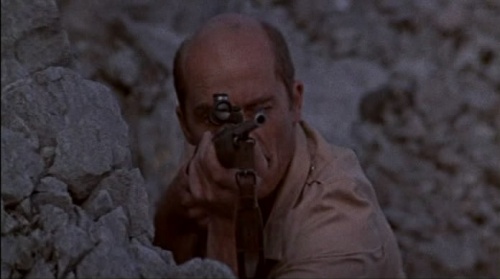 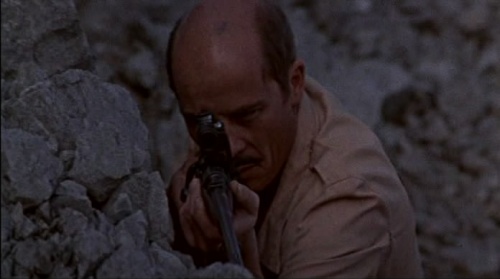 Santillana with his sniper rifle. 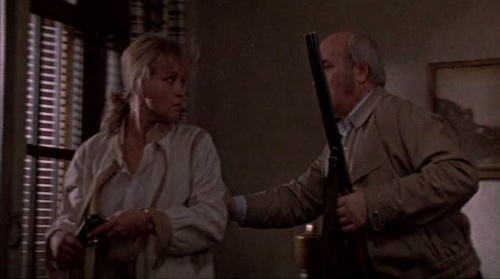 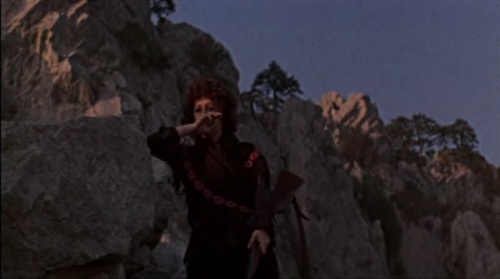 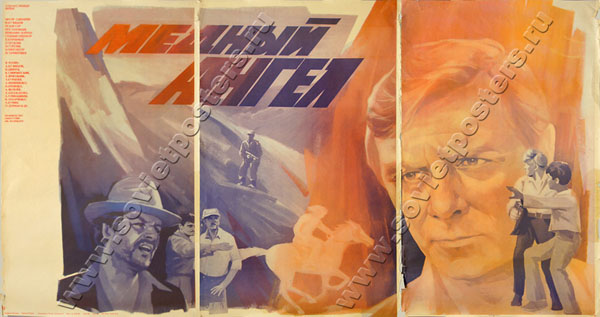