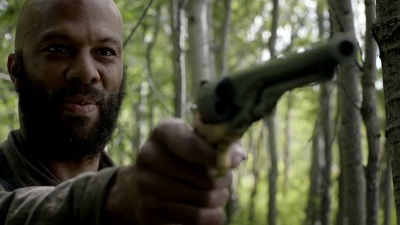 Common (aka Lonnie Rashid Lynn) is a Chicago-born actor/rap artist who splits his time between his music, doing performances for movie soundtracks and acting. He has appeared in such films as Smokin' Aces, Terminator Salvation and Street Kings as well as his co-starring role in the series Hell On Wheels. He recently received an Academy Award for co-writing the song "Glory" for 2014's Selma.