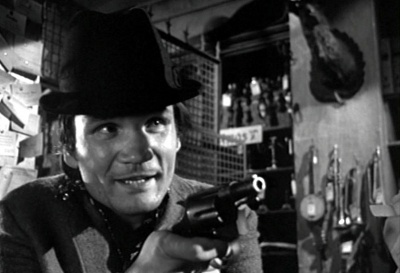 Charles Dierkop with a Colt Detective Special as Robinson in The Pawnbroker (1964).

Charles Dierkop (born September 11, 1936) is an American actor who has appeared in such films as The Sting, but also is well known for his appearances in numerous television series from the 1960's through the 1990's.