Cape Fear is the 1991 remake of the 1962 film of the same name. The remake was directed by Martin Scorsese and stars Robert De Niro as Max Cady, a convict just released from prison who seeks revenge on the lawyer, Sam Bowden (Nick Nolte), who failed to defend him at his trial. The cast included Jessica Lange, Joe Don Baker, and Juliette Lewis. The original film's stars, Gregory Peck and Robert Mitchum, also appear in the film in different roles.

The following weapons were used in the film Cape Fear (1991): 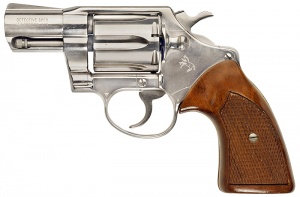 Re-enactors aboard a float in the 4th of July parade carry M1 Garands.

Re-enactors appearing to pose in the famous Iwo Jima photo in the 4th of July parade hold M1 Garands.