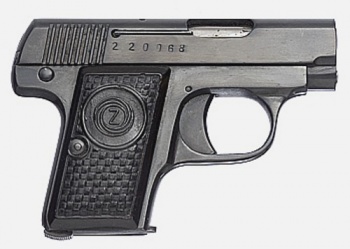 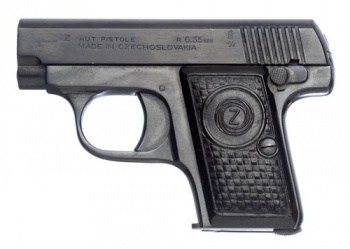 The CZ DUO is the final evolution of various small .25 ACP pistols inspired by the FN Model 1905 that were manufactured throughout the 1930s in the small arms factories of Czechoslovakia. Various, very similar pistols were produced under the brand names Ideal, Slavia, Niva, PKZ, Mars and DUO. Only the DUO, originally produced by Dušek of Opočno, continued to be manufactured after World War II. After nationalization, production moved to Uherský Brod, and the pistol was renamed to the Z - DUO and, later, CZ DUO.

The CZ DUO and variants can be seen in the following films, television series, video games, and anime used by the following actors: