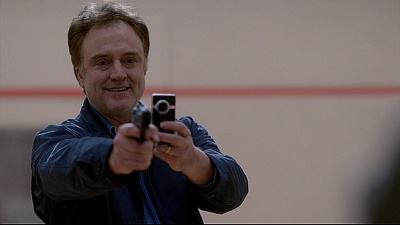 Bradley Whitford holds a Beretta 92FS as Adam Wilson in the series In Plain Sight. 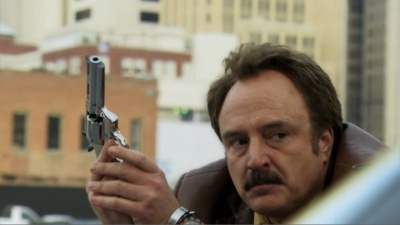 Bradley Whitford is an American actor perhaps best known for his role as Deputy Chief of Staff Josh Lyman in the NBC series The West Wing. He also has appeared in such films as A Perfect World, Scent of a Woman and RoboCop 3 in addition to starring in the series Studio 60 on the Sunset Strip and The Good Guys. He also portrayed OSS Agent John Flynn in the Marvel One-Shot Agent Carter, a character he returned to voice in the Disney+ animated series What If...?.