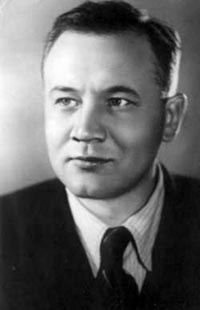 Boris Fyodorovich Andreyev (February 9, 1915 - April 25, 1982) was a famous Soviet actor. He began his film career in 1939 and continued working up almost until his death, summary appeared in 51 films. During the Second World War, Andreyev with Mark Bernes acted in the legendary Soviet film Two Soldiers (Dva boytsa) (1943). In 1948 he received the Stalin´s Prize for his role in Symphony of Life (Skazanie o zemle sibirskoy) and two years later the same price for his role in film The Fall of Berlin (Padeniye Berlina) (1949). Also known for major roles in the 1956 epic The Sword and the Dragon (Ilya Muromets) and in 1971 version Treasure Island (Ostrov sokrovishch). 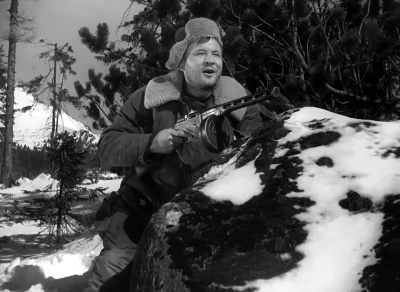 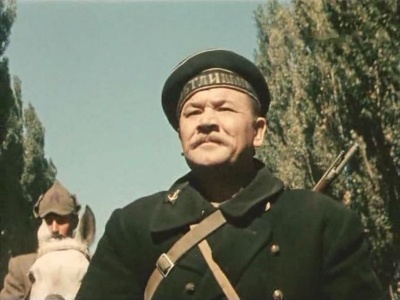 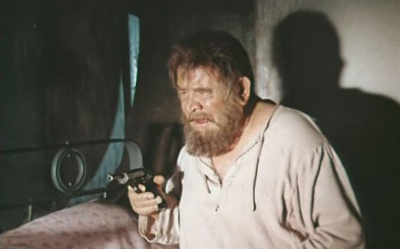 Boris Andreyev holds a Walther P38 as Grandfather Timofey in Appointed as the Granddaughter (Naznachayeshsya vnuchkoy) (1976).

Note: the movie Sapogi vsmyatku has only a single firearm so it doesn't deserve a page. See screenshots from this film on talk page.