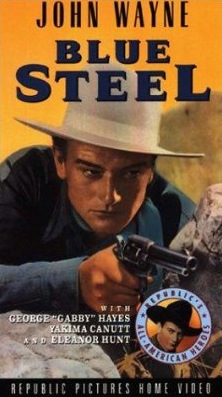 Blue Steel is a 1934 Western serial starring John Wayne made for the Lone Star Company. The plot involves Wayne as a U.S. Marshal trying to track down bandits in California who are stealing provisions en route a local town.

The following firearms were used in the film Blue Steel:

All characters in the film, including U.S. Marshal John Carruthers (John Wayne), Sheriff Jake Withers (George "Gabby" Hayes), Danti the Polka Dot Bandit (Yakima Canutt), and another henchman (Earl Dwire) all carry Single Action Army revolvers. According to Phil Spangenberger in a 2006 article for True West magazine, Wayne's 5 1/2"-barreled Single Action Army was likely the same .38-40 WCF model manufactured by Colt in 1928 that he carried in many of his earlier films across the 1930s. 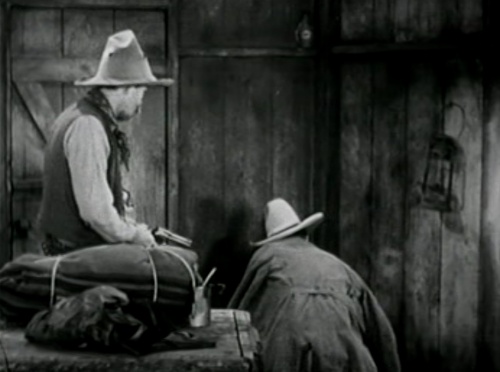 Sheriff Jake draws his SAA on Carruthers, believing him to be the Polka Dot Bandit. 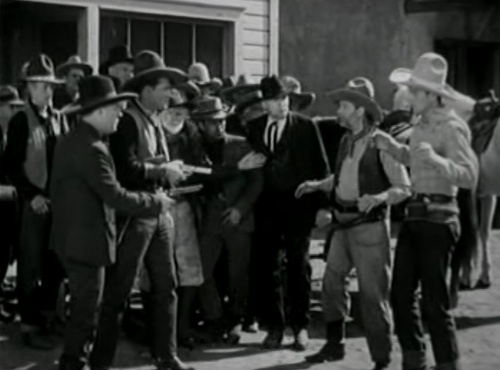 Danti and another man with their SAAs drawn on Sheriff Jake and Carruthers. 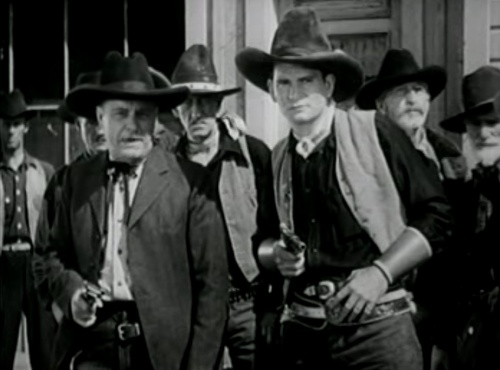 The bandits with their SAAs. 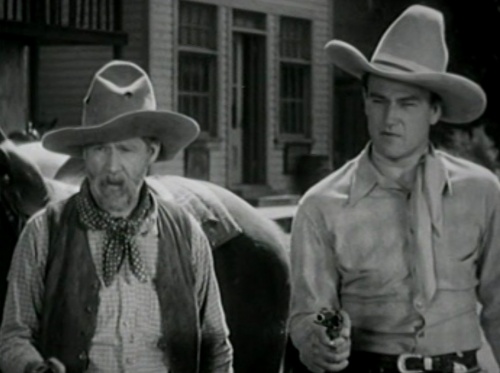 Carruthers shoots Danti's Single Action Army out of his hand. 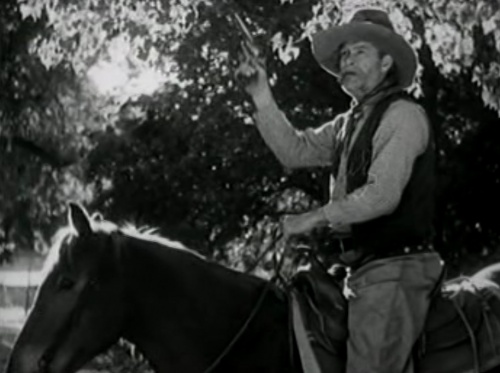 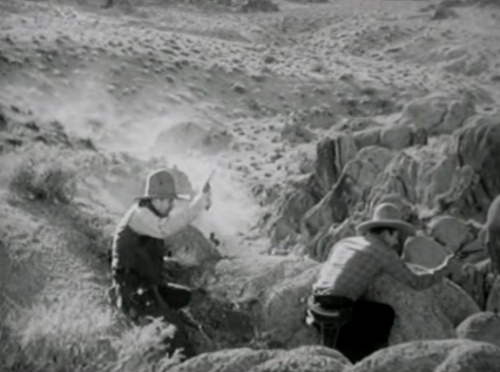 Carruthers and Sheriff Jake set off the dynamite with their SAAs, blowing up the bandits.
Retrieved from "https://www.imfdb.org/index.php?title=Blue_Steel_(1934)&oldid=1342648"
Categories: