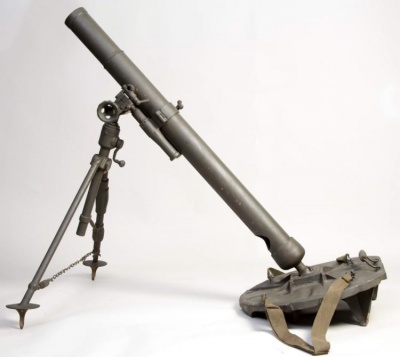 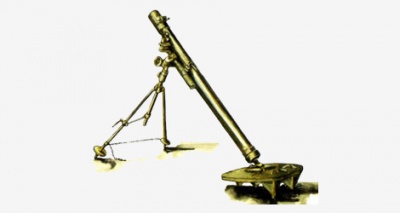 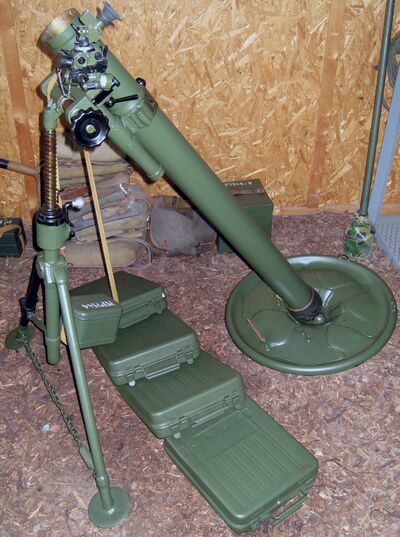 The BM-37 (also known under the names M-37 and 82-BM-37) is a Soviet 82mm mortar. It was designed by Nikolay Aleksandrovich Dorovlyov and accepted into service in 1937. The design of the mortar is based on the French Brandt system. The index "BM" means "batalyonny minomyot" roughly translated to mortar for battalion service. During World War II and the postwar period, this mortar was used in large quantities and was withdrawn from service only in the 1970s. The BM-37 exists in several modifications, including postwar Chinese Type 53, Egyptian M-69.

An earlier version of the 82mm mortar, the BM-36, was produced in relatively small numbers. The main visual difference between the BM-36 and BM-37 is the shape of the baseplate: square on BM-36 and round on BM-37. Two simplified wartime versions, the BM-41 and BM-43, had arched construction baseplates, styled after a 120mm mortar, and a removable wheel base.

The BM-37 mortar and variants can be seen in the following films, television series, video games, and anime used by the following actors: