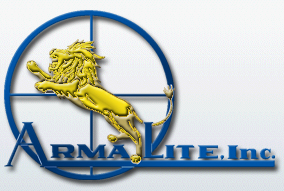 ArmaLite was founded in the mid-fifties by George Sullivan. Its most well-known product is the AR-15 rifle designed by Eugene Stoner, though ArmaLite sold the AR-15 design to Colt due to financial difficulties, making Colt the primary producer of AR-15 derivative rifles, and the creator of the M16 rifle adopted by the US military.

In the early 1960s, the AR-18 was introduced, as ArmaLite's answer to the AR-15, however it failed to supersede the Colt rifles.

ArmaLite ceased all operations in the early 1980s, however it was successfully resurrected in 1996 by businessman Mark Westrom, who re-launched the company as ArmaLite, Inc. New types of weapons were also introduced, including large-caliber bolt-action sniper rifles and self-loading pistols. In 2013, ArmaLite, Inc was sold to Strategic Armory Corps, who also own McMillian Firearms.