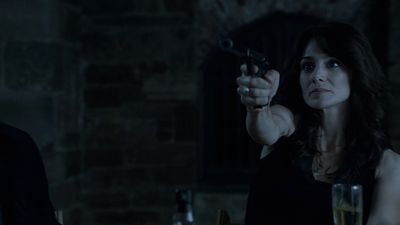 Annie Parisse is an American actress who is well known to television audiences for her role as ADA Alexandra Borgia in Seasons 15 and 16 of Law & Order (at 33 episodes, she holds the distinction of having the shortest acting stint as an ADA on the series). In addition, she portrayed Lena Basilone in the miniseries The Pacific and appeared regularly on the television series The Following, Vinyl, and Person of Interest.