Alan Autry is an American actor who briefly was a quarterback in the NFL before beginning his show business career. Originally being credited with the name Carlos Brown, he later changed his name back to his original last name in subsequent productions including his prominent role in the television series adaptation of the 1967 film In the Heat of the Night. He also is a distant cousin of the noted western actor/singer Gene Autry. 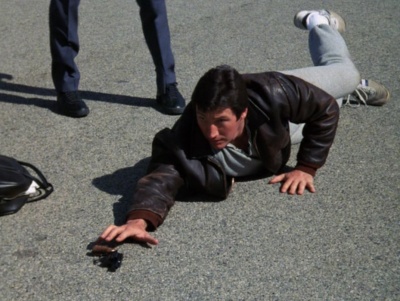 Alan Autry as Whitney reaches for the S&W 36 in Hunter - Season 1.