A Good Lad (Slavnyy malyy), also known as Novgorodtsy (Those of Novgorod) is a 1943 Soviet war movie directed by Boris Barnet. Claude, a pilot of Free French Air Force squadron that serves together with Red Army Air Force, is shot down in air battle but lands in the forest, controlled by the Soviet partisan unit. The partisans help Claude to complete the mission to find the heavily camouflaged German airfield.

The following weapons were used in the film A Good Lad (Slavnyy malyy): 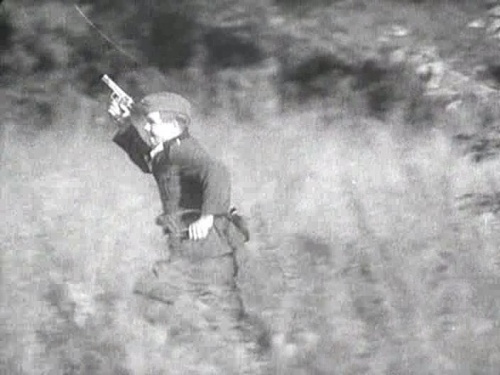 Vasya Sukhov (in German uniform) runs with the 1911 in hand. 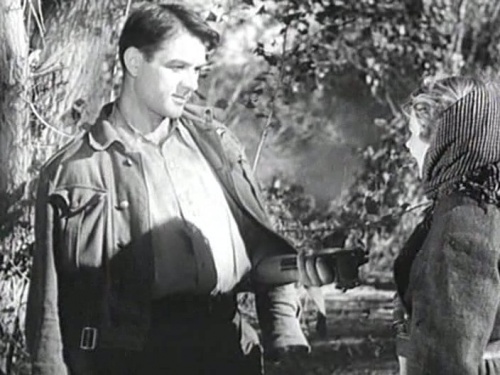 Claude gives his pistol to Katya. 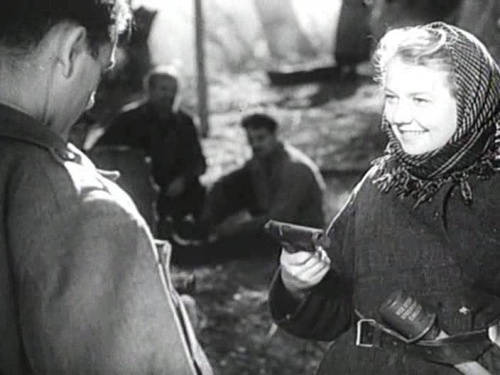 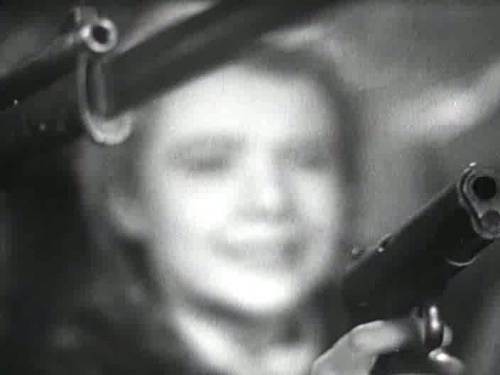 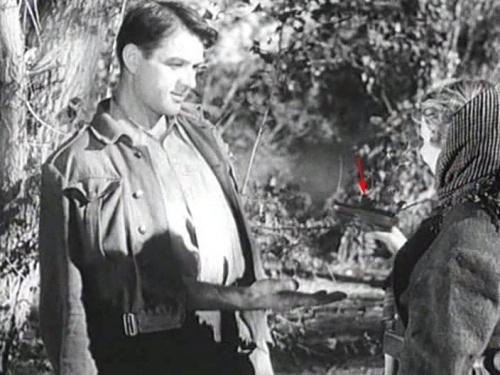 Katya hands her pistol to Claude. 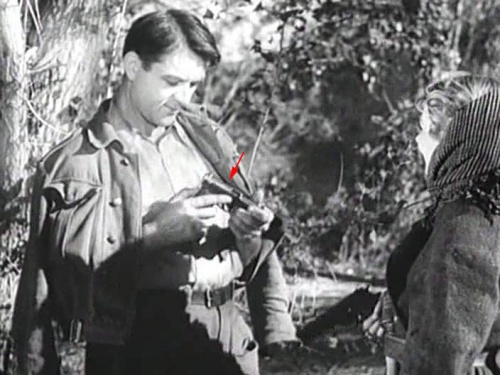 In one scene a German officer uses the Luger P08. A Luger is also hold by a partisan. 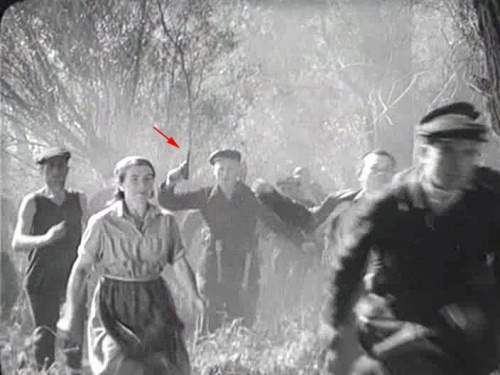 A young partisan at the background runs with the Luger in hand. 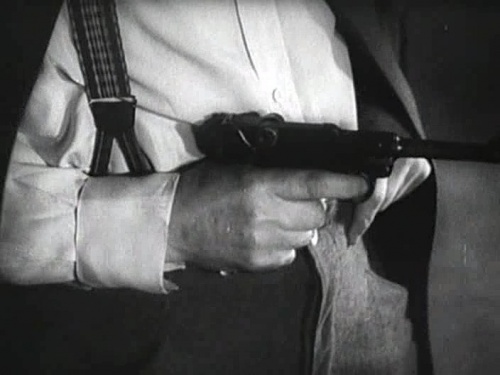 A German officer fires the Luger.

Several partisans, including Pyotr Nevskiy (Evgeniy Grigorev), the commander of the partisan unit, and Vasya Sukhov (Nikolai Stepanov), are armed with MP40 SMGs. MP40s are used by numerous German soldiers. 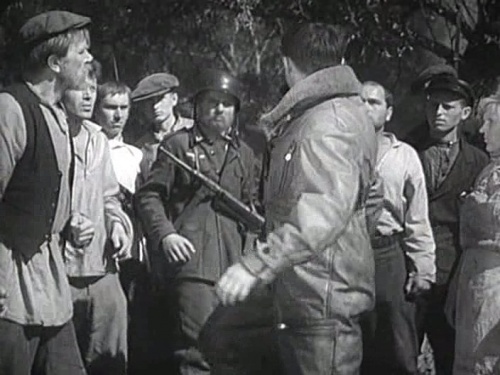 A bearded partisan in German Stahlhelm carries the MP40. 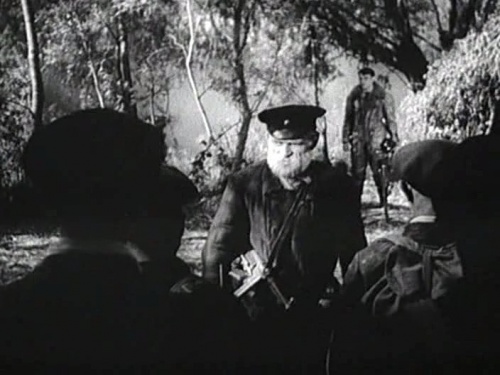 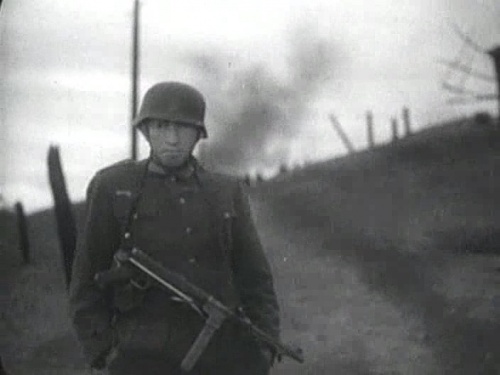 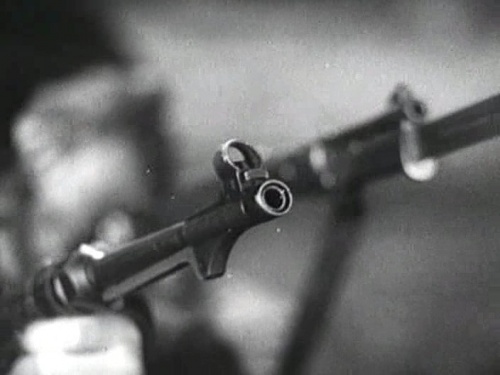 A closeup of the barrel. 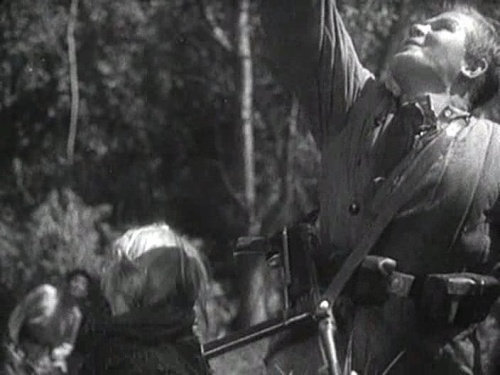 Most partisans, notably Ivan Doronin (Nikolay Bogolyubov), are armed with Karabinek wz.29 rifles. These Polish Mauser rifles were used by Wehrmacht under the designation Gewehr 29(p); Red Army also got a sufficient number. 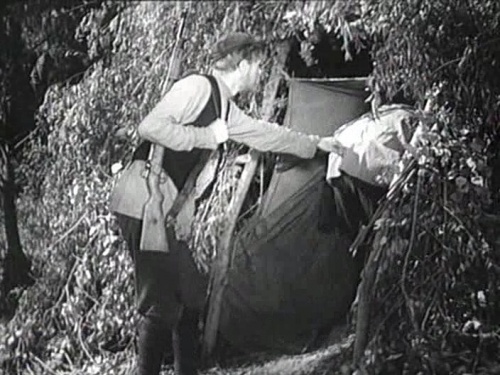 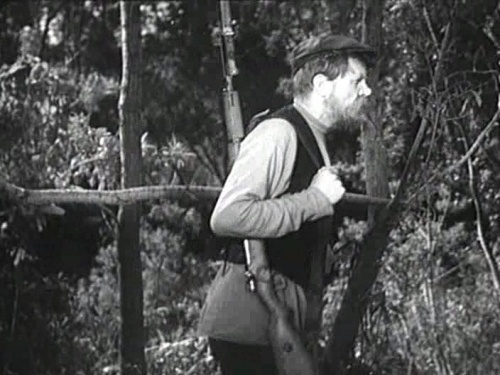 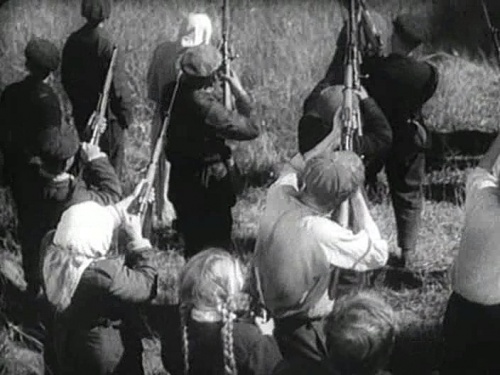 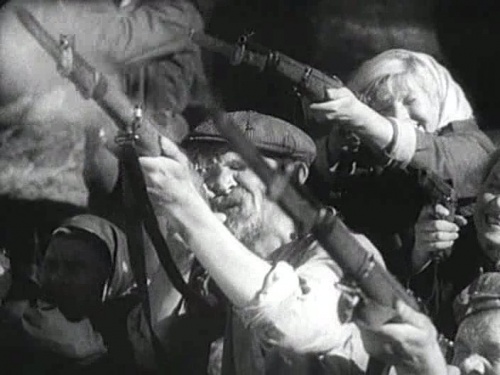 Partisans fire at the German plane. 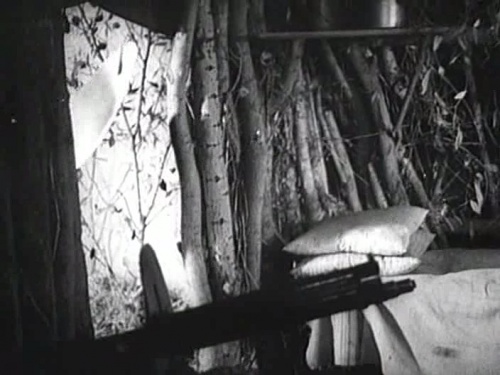 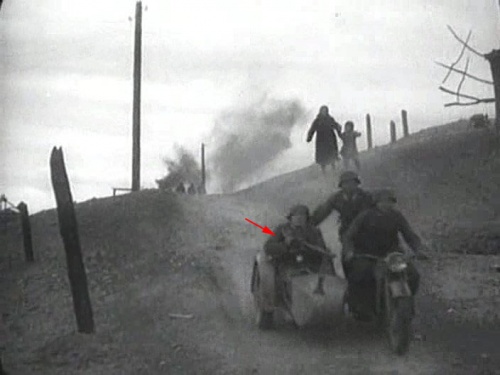 The MG34 is mounted on the motorcycle.

A young partisan at the background carries two grenades.

Katya carries the grenade at the belt.
Retrieved from "https://www.imfdb.org/index.php?title=A_Good_Lad_(Slavnyy_malyy)&oldid=1367415"
Categories: