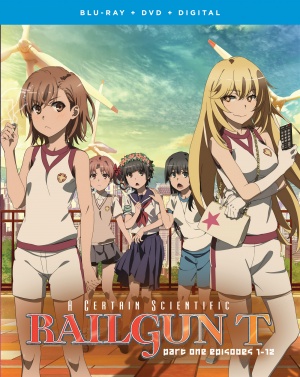 The following weapons were used in the anime series A Certain Scientific Railgun T:

What vaguely resembles a Beretta 92F is used by SCHOOL agents sent to kidnap Ruiko Saten in broad daylight in "Strange Coincidence". 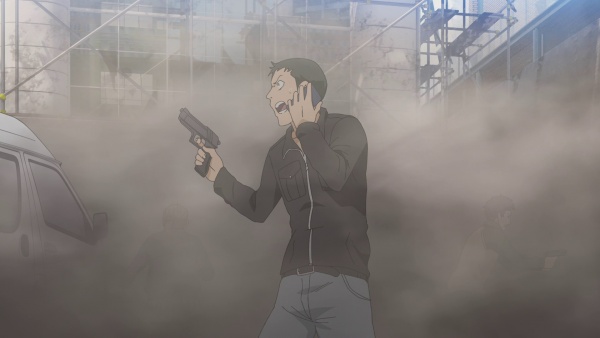 The SCHOOL agent brandishing his sidearm in "Strange Coincidence".

A Glock-type pistol is drawn out by a mercenary in "Kozaku Mitori" while conducting close protection detail for Gensei Kihara. Another is used in "Clone Dolly" and "Joining the Battle" by Keitz Nokleban.

The details of the pistol were not revealed/not made very clear. 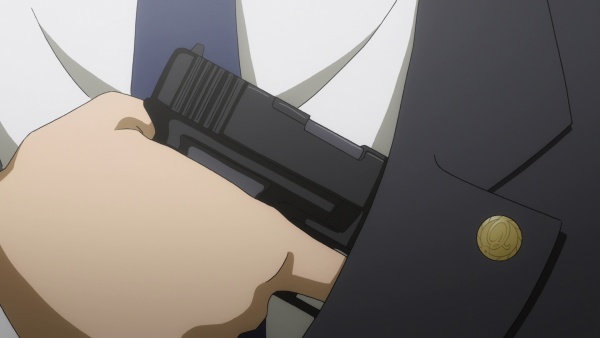 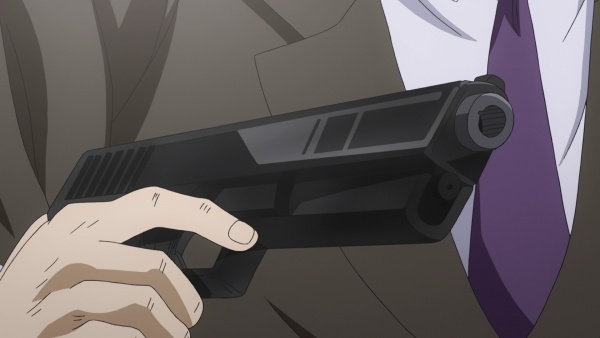 Keitz wiht his Glock out in "Clone Dolly". While the shape suggests a Glock 17 at least, the details are less than impressive. 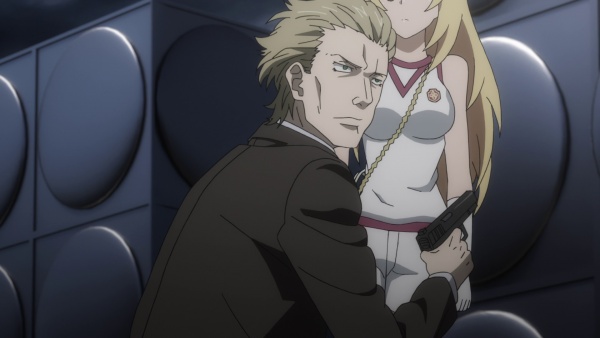 Keitz with his Glock pistol out in "Joining the Battle", unaware that Shokuho Misaki is right behind him.

A M1911A1 with wooden hand grips is with the unnamed Chief of the Total Human Cyborg Replacement Project in "My Dear Friends". 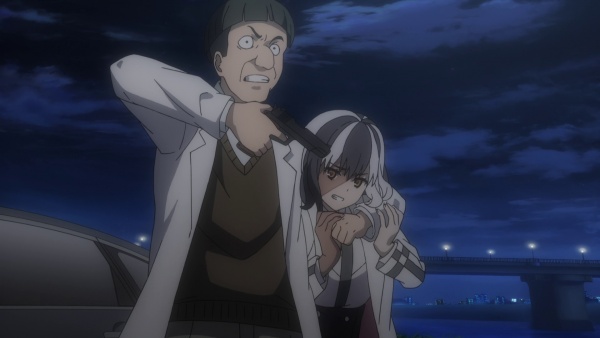 Ryoko Kuriba is taken hostage by the chief in "My Dear Friends". 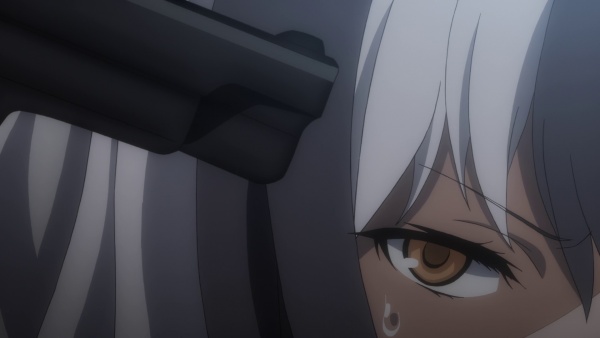 Closeup of the pistol's barrel. 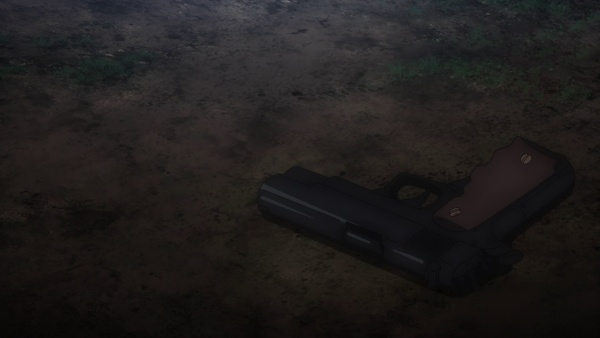 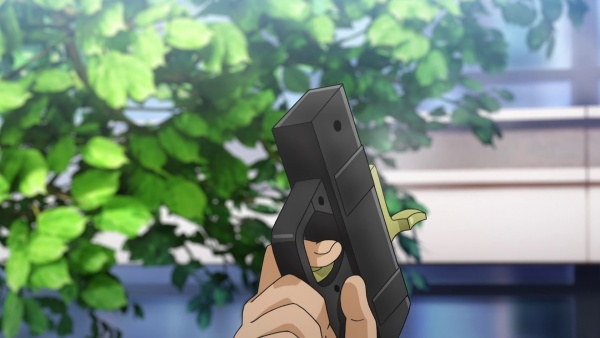 The FN SCAR-H appears to be with Academy City security forces when they detain Mitori in "Promise". 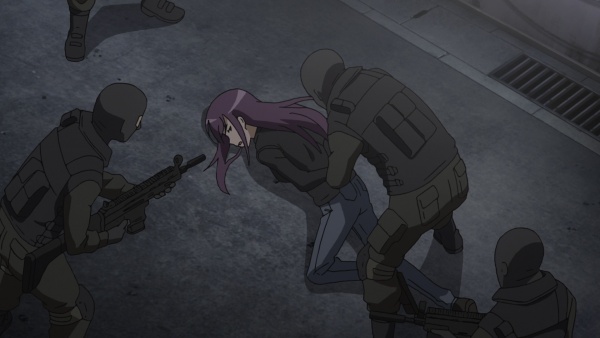 The SCAR-H seen in a flashback sequence in "Promise" with armed AC security forces personnel. 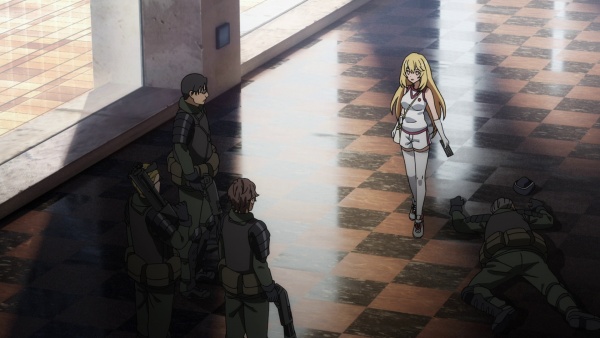 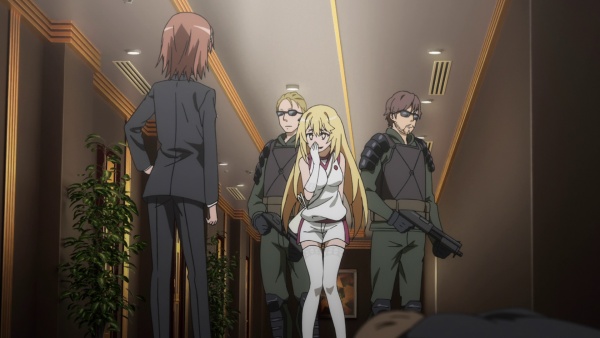 The Remington Model 700 is seen in "Ha det Bra" when Frenda imagines the kind of hunter she's confronting. 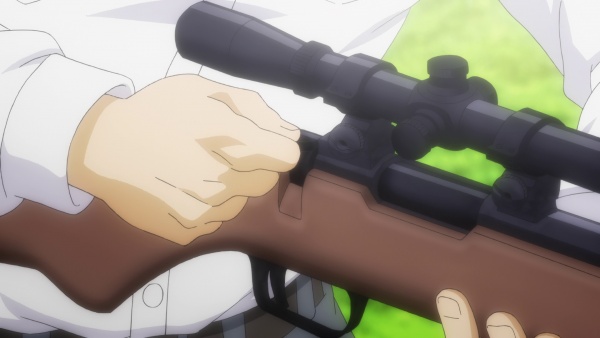 A hunter pulls the bolt in "Ha det Bra" to extract a used cartridge. 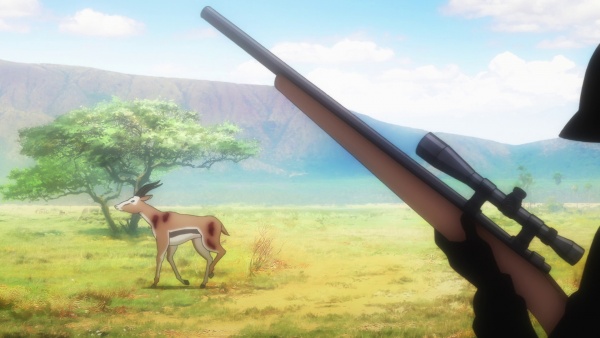 A shot of the Model 700 seen in the African Savanna.

Sleeve guns are used by SCHOOL master shooter Yumiya Rakko as her personal weapon, built from sniper rifle parts inside her combat suit. The gun on her left is used for intermediate range and the gun on her right is used for short range. 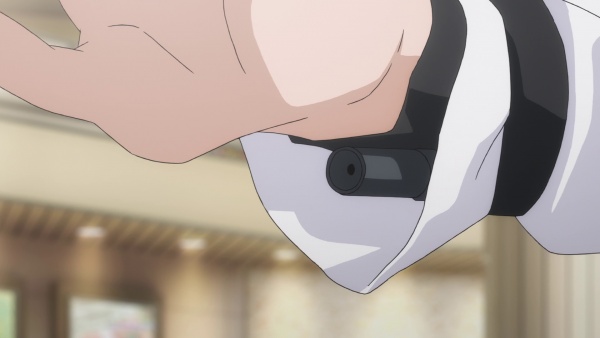 The SG fired at a fleeing Frenda in "Ha det Bra". 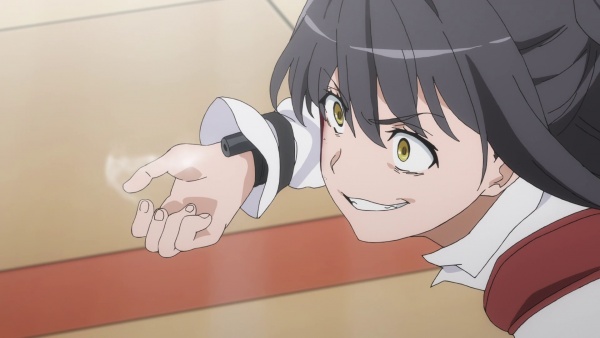