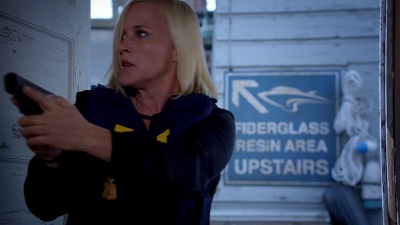 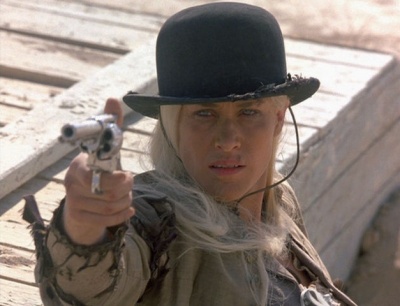 Patricia Arquette with a Single Action Army as Kate Barlow in Holes (2003).

Patricia Arquette is an American actress who has co-starred in such films as True Romance, Lost Highway and Boyhood (for which she received an Academy Award for Best Supporting Actress) in addition to her starring role as FBI ASAC Avery Ryan in the series CSI: Cyber. She also is part of a family of actors which includes siblings Alexis Arquette, David Arquette, and Rosanna Arquette in addition to father Lewis Arquette and grandfather Cliff Arquette.