On the Waterfront is a multi-Academy Award-winning 1954 film about union violence and corruption among longshoremen on the New York City docks.

The following weapons were used in the film On the Waterfront: 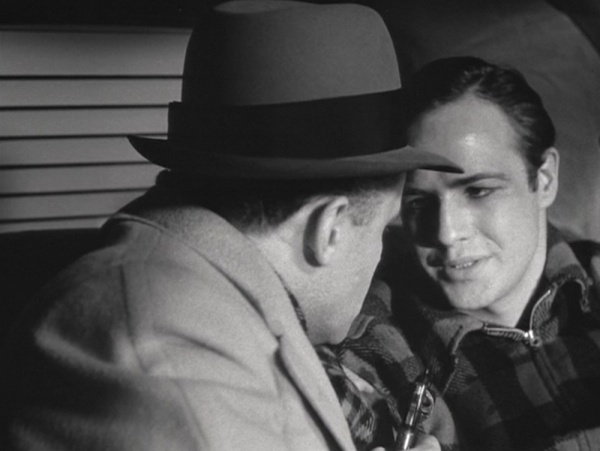 Charley draws his Detective Special while talking to Terry. 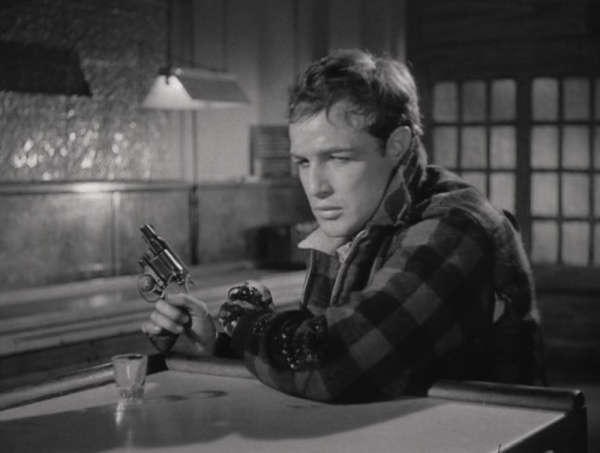 One of Johnny Friendly's union thugs checks a Smith & Wesson Model 10, then known as the "Military and Police" model, after the hearing. Johnny Friendly (Lee J. Cobb) takes it away when he collects his men's guns. 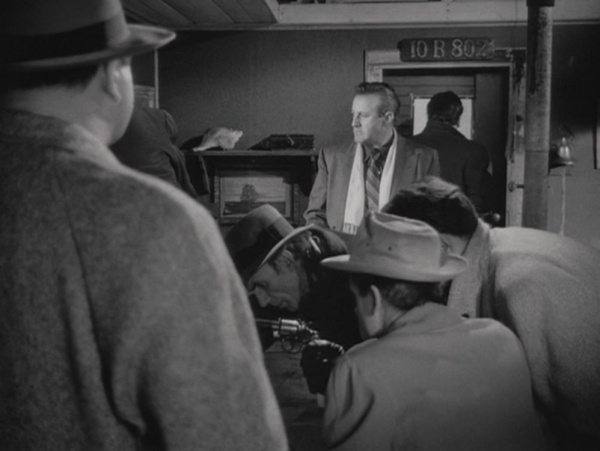 One of Johnny Friendly's thugs checks his Smith & Wesson.

Tillio (Tami Mauriello), one of Johnny Friendly's thugs, draws a FN Model 1910, which Johnny (Lee J. Cobb) promptly takes away and stores in his safe. 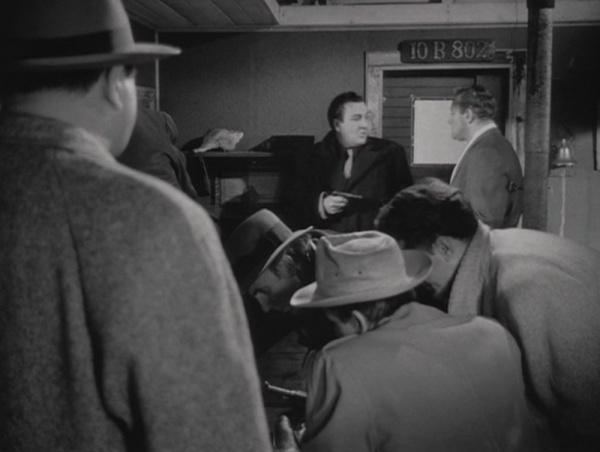