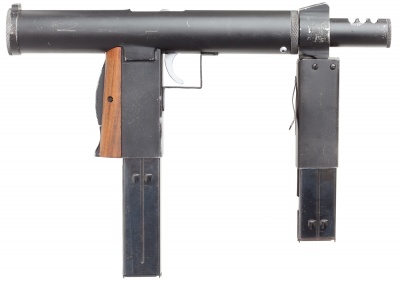 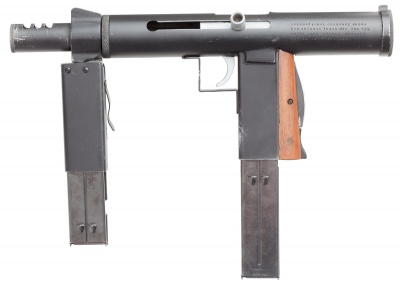 The MP2 was a simple design, built by International Ordnance Group, out of San Antonio, Texas, in the 1970s. It was developed as a candidate for an inexpensive PDW, based on the Sten gun design. Potential clients were armed bodyguards, Secret Service agents, police agencies, and covert op military units. It was simple (some say crude) pistol design that was an open blow back that was made in prototype models that utilized the KG-99 style of 9mm magazines. It had a very high rate of fire and had a muzzle brake added to aid in firing. Later models incorporated a foregrip that acted as a spare magazine holder to aid in controlling the weapon when fired. International Ordnance Group never scored any major contracts for this weapon and production stopped in the early 1980s.