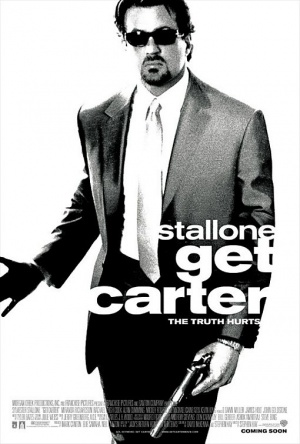 Get Carter is the 2000 remake of the 1971 Michael Caine crime film of the same name. Sylvester Stallone stars in the remake as Jack Carter, a Vegas enforcer who finds himself questioning his loyalties when traveling back to Seattle to bury his brother. Michael Caine co-stars in this film as a different character.

The following weapons were used in the film Get Carter (2000):

Jack Carter (Sylvester Stallone) uses a Beretta 92FS Centurion as his main weapon throughout the film.

Carter is seen pulling a Beretta 92FS near the end of the film.

Carter is seen pulling a Beretta 92FS during a confrontation.

Closeup of the Beretta 92FS.

Jack takes a Glock 17 from a thug who threatens him, he never fires it in the film and only holds it for a short time before switching back to his Beretta.

Jack takes a Glock 17 from a thug who threatens him.

Con McCarty (John C. McGinley) pulls what appears to be a Smith & Wesson Model 60 when confronting Carter in the elevator. 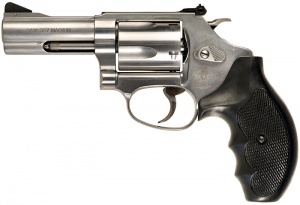 McCarty holds the revolver during a fight with Carter. The dull finish makes this revolver appear to be stunt prop.