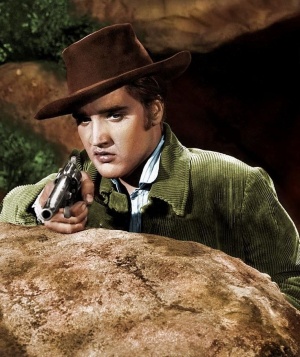 Elvis Presley (1935–1977) holds a Single Action Army revolver mocked up to resemble a Remington 1858 New Army revolver as Clint Reno on a promotion still for Love Me Tender (1956). 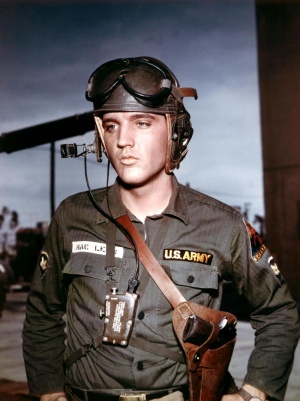 Elvis Presley carries an M1911 in holster as Tulsa McLean on a promotion still for G.I. Blues (1960). 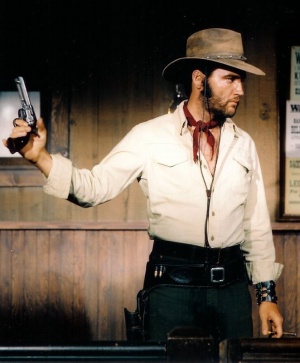 Elvis Presley holds a Single Action Army "Civilian" model revolver as Jess Wade in Charro! (1969). Note: it's the only case when Elvis had a beard in his movies.

While best known as a musician, Elvis Presley served in the US Army from 1958-1960 prior to continuing his music and acting career and was an avid gun enthusiast.