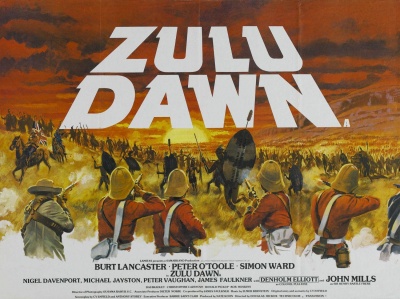 Zulu Dawn is the 1979 prequel to Zulu (1964) and was directed by Douglas Hickox (Brannigan, Sky Riders). The film stars Peter O'Toole, Burt Lancaster, Simon Ward and Denholm Elliott and dramatizes the events at and leading up to the Battle of Isandlwana, which occurred right before the Battle of Rorke's Drift, which occurred later that day.

The following weapons were used in the film Zulu Dawn:

CSM Williams (Bob Hoskins) with his Webley. In reality NCO's would have been issued Adams revolvers.

A sergeant with a Webley, using an anachronistic two-handed grip.

Col. Durnford reloading his Webley. Earlier in his career, Anthony Durnford was wounded in the arm, severing a nerve and paralyzing his left forearm and left hand. That's why he's forced to reload his Webley in this manner.

Colonel Pulleine (Denholm Elliott) carries a Webley Pryse as his service weapon. This weapon was commonly privately purchased by officers during this period. Mr. Fannin (Don Leonard), the Boer merchant who is chased by Zulu warriors, also appears to have this model pistol. 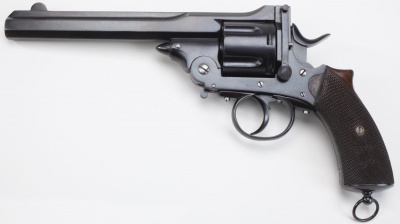 Mr. Fannin with his Webley Pryse

Some of the British troops are armed with Martini-Henry rifles.

A Zulu warrior with a captured Martini-Henry.

Both cavalry and infantry use the Martini-Enfield Artillery carbine during the film, likely due to a shortage of .450 blanks. This is inaccurate as the infantry used the rifle version shown above. Mention is made that Col. Durnford's cavalry is wholly equipped with these weapons which is also inaccurate as in reality they were largely equipped with Sniders or Westley Richards carbines.

A trooper with the Natal Native Horse fires his carbine at a Zulu.

Lt. Vereker (Simon Ward) demonstrates his prowess with the carbine.

Regular infantry with the carbine. It actually looks like a toy from this angle.

A Zulu warrior with a captured carbine.

During several of the battle scenes SMLEs can be seen being used by British troops. This is incorrect as these weapons were not produced until 1902.

Red arrows point to the SMLE's.

In the same scene, one soldier is seen with a Pattern 1914 Enfield rifle. This is also an anachronism.

The blue arrow points to the Pattern 1914 Enfield.

The reporter Norris Newman (Ronald Lacey) carries a Winchester Model 1892 rifle. The rifle is anachronistic since the movie is set in 1879.

Newman with his Winchester Model 1892.

Vereker returns his rifle to its scabbard after his demonstration.

A few of the Zulus are seen with Snider Enfield Cavalry Carbines.

A Zulu scout with the carbine

The British are armed with a battery of Hale Rockets. 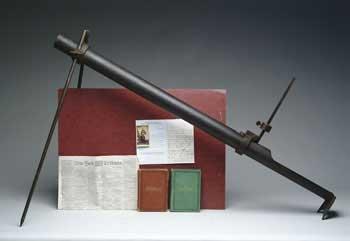 The artillery appears to be 9pdr RML Mk 2’s which are incorrect as the actual weapons used in the battle were much smaller 7pdr cannon.

There are many goofs in this film, in many scenes British soldiers switch from Henry Martini rifles and carbines between shots. During the battle only some of the British troops have bayonets fitted to their rifles when they should all have fitted them before the battle began. Many of the bayonets are either incorrectly fitted or obviously made of rubber. Also evident are the fact that many of the Henry Martini rifles are actually wooden props.

The rifle in the foreground has either been chewed by something or is still covered in bark!

If you watch this scene carefully the poor quality of the wooden props is evident.

Is that a sharpened wooden stick?