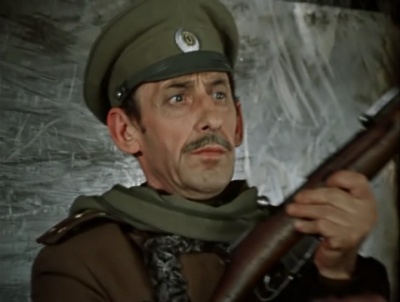 Vladimir Pavlovich Basov (July 28, 1923 – September 17, 1987) was a Soviet actor, film director and screenwriter. He started his cinema career in 1954 and appeared in many popular movies. He also directed about twenty movies. In 1983 Basov was awarded the title of People's Artist of the USSR. He died of stroke, aged 64.

For the films directed by Vladimir Basov, please visit the talk page.