U-900 is a 2008 German comedy movie directed by Sven Unterwaldt. Essen, 1944. Black market trader Atze Schröder and his buddy Samuel hope for an early invasion of the Americans so that the war ends. But a chain of unfortunate circumstances ensures a hasty escape, which also joins actress Maria. It ends on the last available German submarine, the U-900, which is hijacked by the trio. The crew, however, is on a secret mission. The film mainly parodies the 1981 movie Das Boot.

The following weapons were used in the film U-900:

Gen. Strasser holds his Walther after firing some shots at the fleeing Atze.

Later, on the submarine, Strasser aims at the crew...

The P38 on the ground before it is taken up by Von Stetten.

Grade holds it at Block's head.

He holds his PPK at Atze on the deck.

Right view as he aims at Samuel and Maria.

The majority of German soldiers use M43 Spanish Mausers.

A sentry (Jorres Risse) of Strasser's villa holds his Mauser.

Some accurate Karabiner 98k can be seen during Atze's vision of his execution.

The firing squad aims their carbines.

The MP40 is used by German troops at the Port of Toulon. Some crew members of the U-900 are also armed with this submachine gun.

Two crew members carry the MP in the background.

The sailor on the right points his MP at the trio.

An MG34 is briefly seen mounted in a watchtower at the Port. 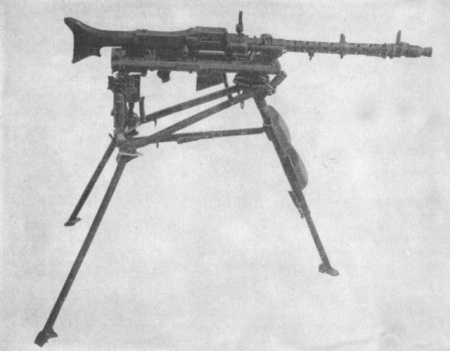 The MG34 in the tower next to its gunners. The marching columm in the background carry MP40s

An unknown AA gun is mounted onboard. In the previous movie the submarine was armed with a 2 cm Flak 38. 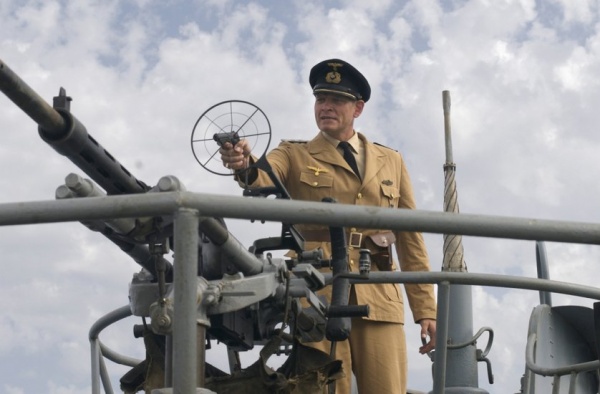