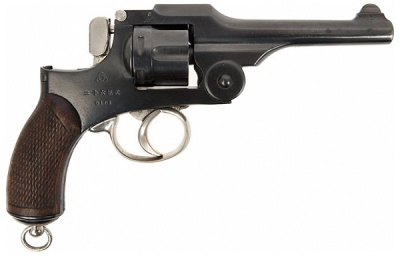 The Type 26 was an Imperial Japanese Revolver, first adopted in 1893 and used until the end of the Second World War. It was chambered in 9mm Japanese Revolver, which was a unique round. It is a top break revolver based on a Smith & Wesson Design and has a bobbed hammer thus is a double action only revolver.

The Japanese Type 26 Revolver and variants can be seen in the following films, television series, video games, and anime used by the following actors: