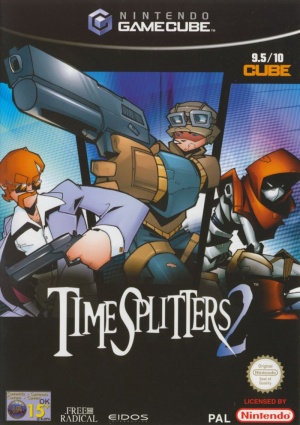 The following weapons appear in the video game Timesplitters 2:

A two-tone handgun that appears to be a hybrid between a Walther P99 and a Heckler & Koch USP appears in the game as the "Silenced Pistol". It holds 8 rounds and unlike the Luger, it does not have an unsuppressed variant. The Silenced Pistol appears in "1990 Siberia", "1975 Atom Smasher", and "2019 NeoTokyo". 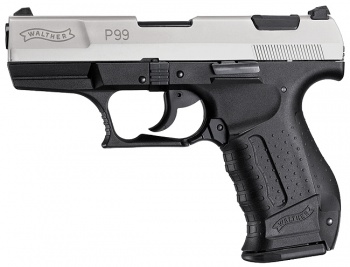 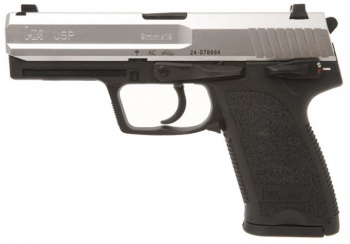 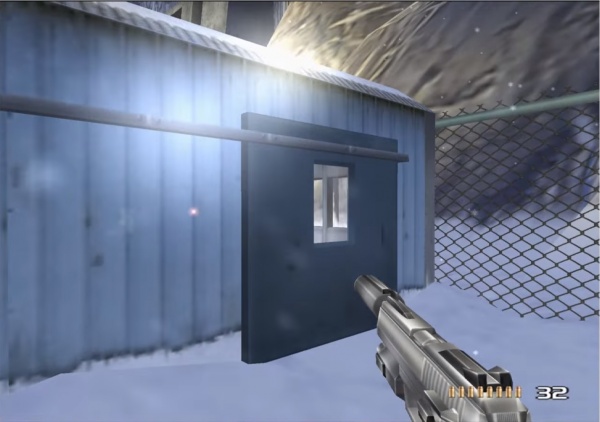 Ilsa Nadir holds her Silenced Pistol in "1990 Siberia". The weapon also has an unusable weaponlight.

The Luger P08 appears in-game simply as the "Luger Pistol". There is also a suppressed variant exclusive to "1932 Chicago" called the "Silenced Luger". It only holds 7 rounds (as opposed to the normal 8-round magazine) and appears in "1932 Chicago", "1920 Aztec Ruins", and anachronistically in "1895 Notre Dame". 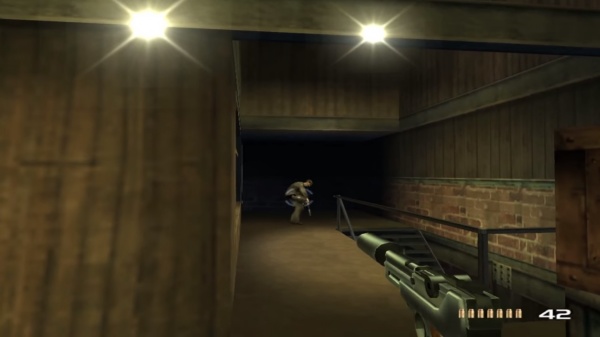 Jake Fenton holds his Silenced Luger in "1932 Chicago". Note that it has a rather strange barrel shroud. 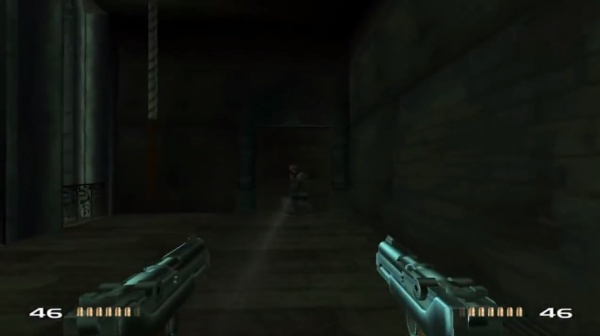 The "Garrett Revolver" available in "1853 Wild West" appears to be a Remington 1858 New Army. Anachronistic, as the level is set in 1853 and the gun is also incorrectly fired as a double-action revolver. 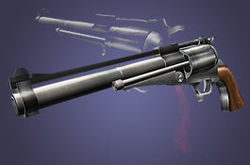 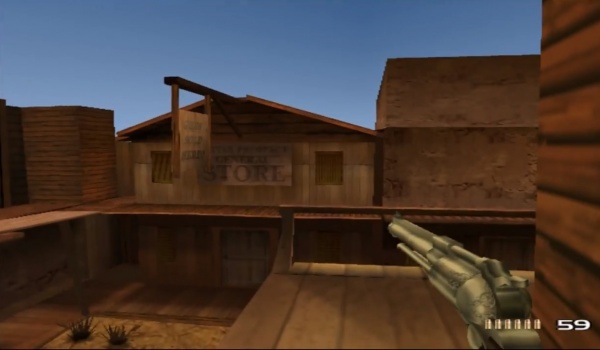 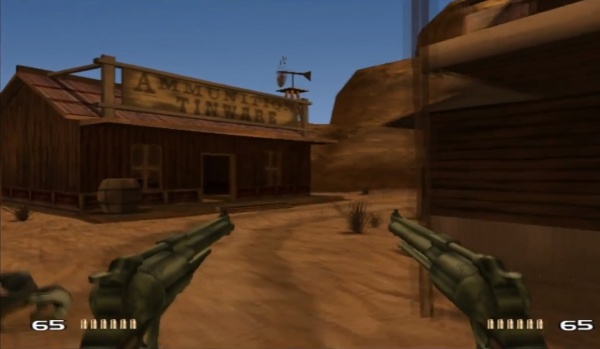 The M1928 Thompson returns from the first game still called the "Tommy Gun". It still has an incorrect 32-round drum and on the HUD appears to be using rifle ammunition. It no longer has a semi-automatic function. It only appears in "1932 Chicago". 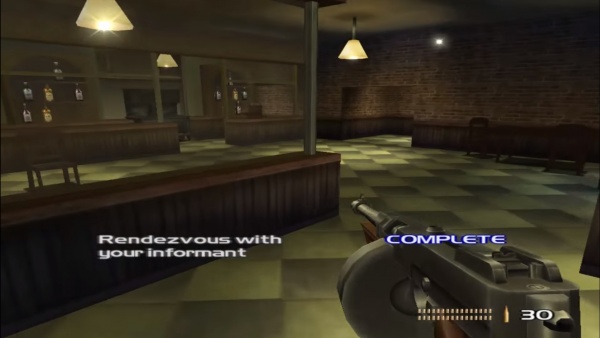 Jake Fenton holds his Thompson. Note the rifle cartridge-like round on near the ammo counter.

An FN P90 with a futuristic scope appears as the "SBP90". The weapon has an incorrect 64-round magazine (which is possibly a reference to the Nintendo 64, as many of the developers at Free Radical originally worked on GoldenEye 007 and Perfect Dark, which Timesplitters is heavily based on). The weapon only appears in "2019 NeoTokyo". 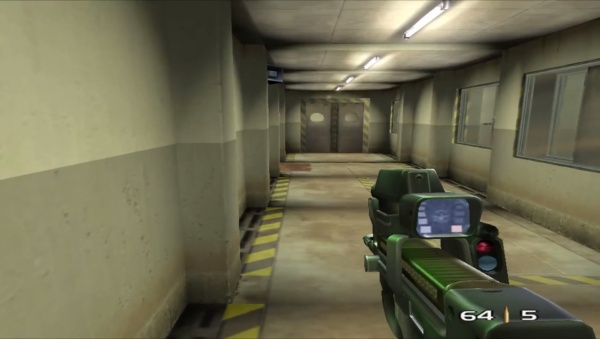 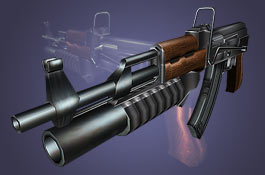 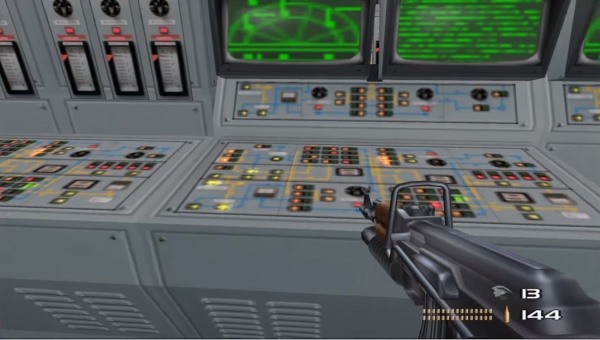 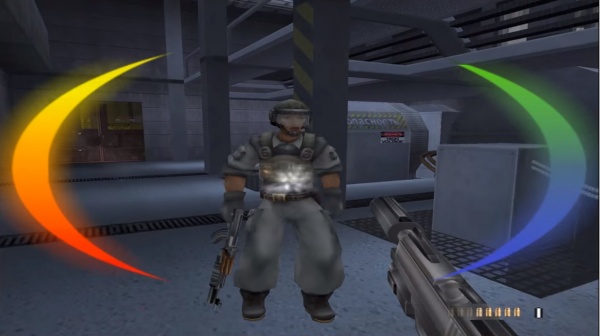 A Siberian Guard still holding his AKS-47 after being shot.

The Walther WA 2000 appears simply as the "Sniper Rifle". It holds 5 rounds, one short of the real weapon. It is the first weapon the player can aquire. It appears in "1990 Siberia", "2019 NeoTokyo", and anachronistically in "1975 Atom Smasher". 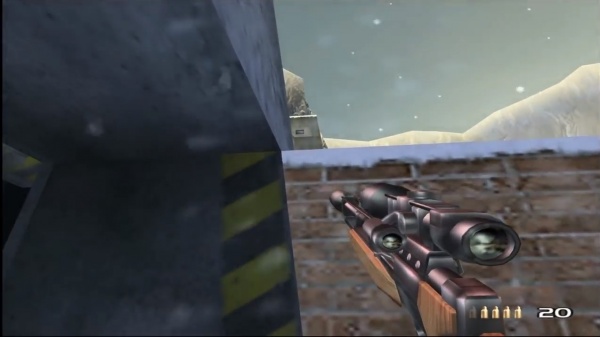 A Winchester Model 1873 with a telescopic sight appears as the "Vintage Rifle". It only holds 5 rounds (as opposed to the normal 15) and has the same sound as the PSG-1 from the first Timesplitters (Which was supposed to have a silencer). It appears in "1932 Chicago" and anachronistically in "1853 Wild West". It also appears on the normal and hard difficulties on "1920 Aztec Ruins". The player never cycles the lever after each shot. 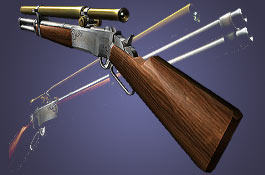 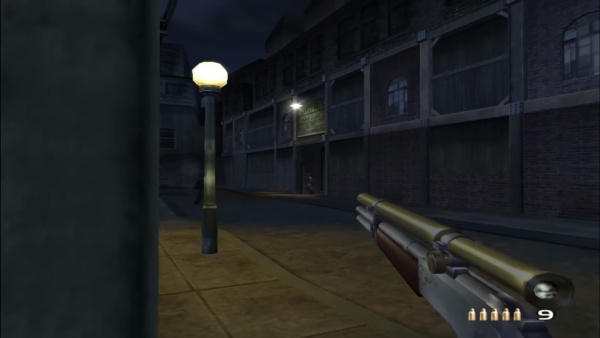 Jake Fenton inconspicuously holds a Winchester Model 1873 while there are still civilians walking around. A typical day in Chicago in 1932.

Some of The Colonel's henchmen are carrying a Winchester Model 1892 in "Mare's Leg" configuarion on their back, but they never use it. It is anachronistic, since the level is set in 1853. 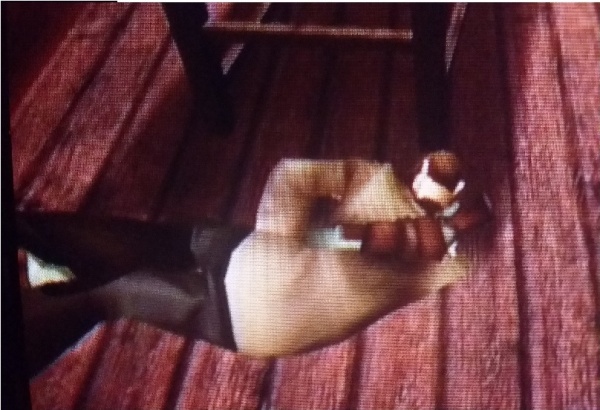 One of The Colonel's henchmen lay dead with a "Mare's Leg". 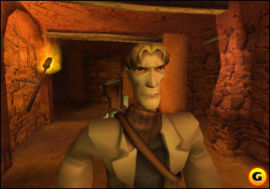 The Colonel's henchman, Jared Slim, carrying a "Mare's Leg" on his back.

A sawed-off double barrel shotgun appears in the game simply as the "Shotgun". It can only be aquired in "1895 Notre Dame". 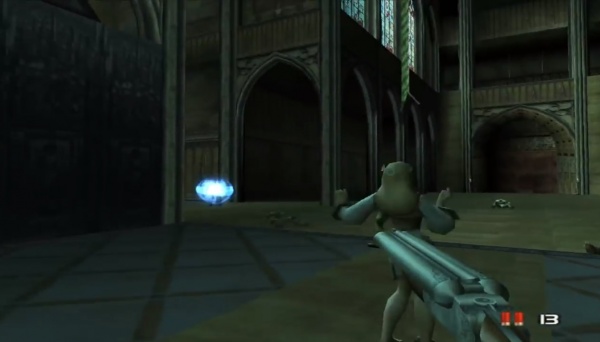 A Remington 870 Folding Stock appears in the game as the "Tactical 12-Gauge". It only appears in "1990 Siberia" on the normal and hard difficulties. It can impossibly fire two shells at once with its secondary fire. 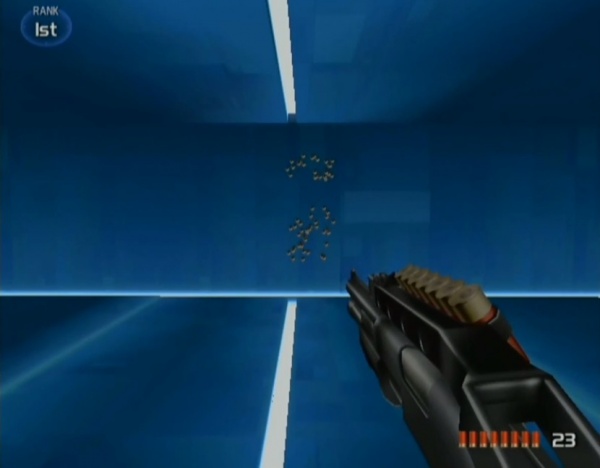 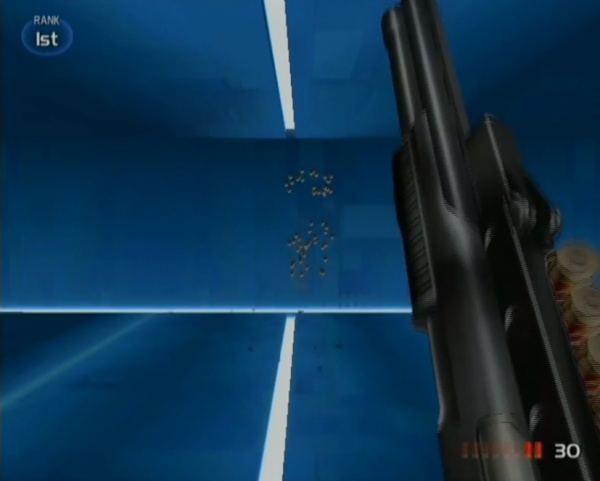 A useable M203 grenade launcher is mounted on the AKS-47.

The "Plasma Autorifle" appears to be based on the M41A Pulse Rifle from the Alien franchise. It appears in the levels "2280 Return to Planet X", "2351 Robot Factory", and "2401 Space Station". The weapon is not fed from a magazine but can only fire 58 rounds before overheating. Despite presumably being a weapon from Earth, it somehow made it into the hands of aliens in "2280 Return to Planet X". 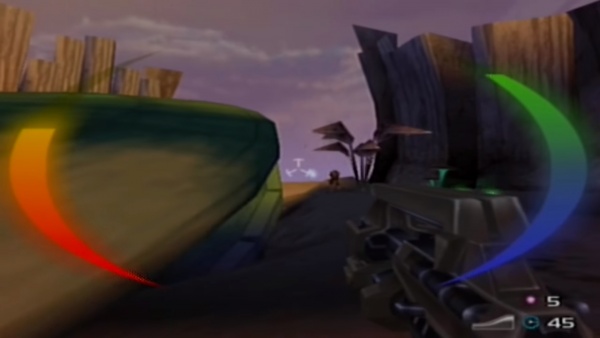