The Visit (Vizit damy, literally "The Visit of the Lady") is a 1989 Soviet made for TV adaptation of well-known tragicomic play "The Visit" ("Der Besuch der alten Dame") by Friedrich Dürrenmatt. The movie is directed by Mikhail Kozakov and starring Yekaterina Vasilyeva as Clara Tsekhanasyan, an aged billionaire woman who returns to her former hometown and offers to the townspeople a great wealth if they would bring to trial Alfred Ill (Valentin Gaft) who was Clara's lover in the days of their youth but then deceived her.

The following weapons were used in the film The Visit (Vizit damy):

The town police Wachtmeister (NCO rank) (Viktor Bortsov) carries a Luger P08. In one scene he offers it to Alfred Ill (Valentin Gaft) in order to convince him to commit suicide. A pistol that appears to be a P08 is also seen in hands of a townsperson in the scene of the night hunt for an escaped Clara's pet leopard. 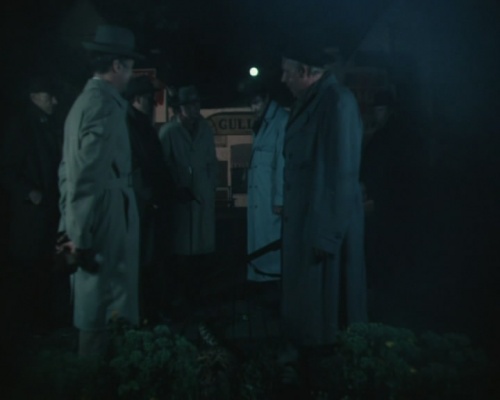 A man at the background holds a pistol that appears to be Luger. 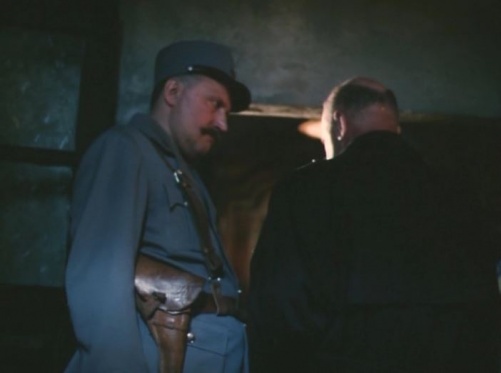 The Wachtmeister carries a Luger in holster for Russian Nagant M1895. 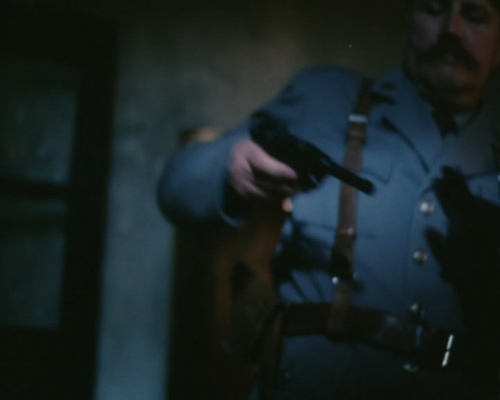 The Wachtmeister draws his Luger... 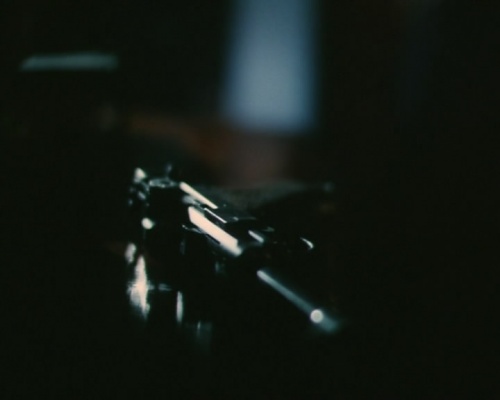 Clara's bodyguards Roby (Vasiliy Dolbitikov) and Toby (Yuriy Rogunov) carry pistols in holsters. Only grips can be seen, but the shape and size allows to guess that the pistols are Walther PPK. 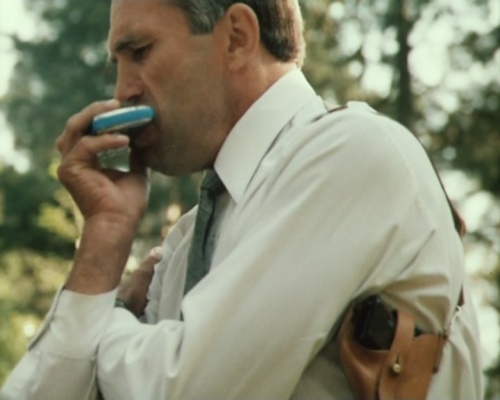 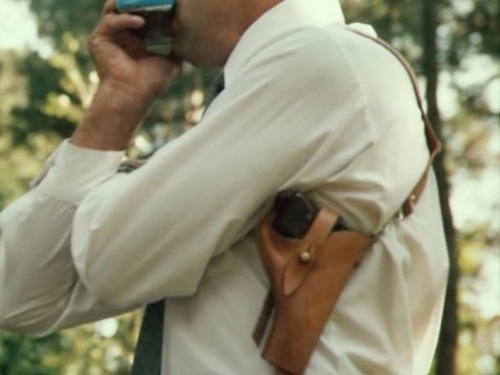 Roby plays a harmonica. The grip of his pistol is seen. 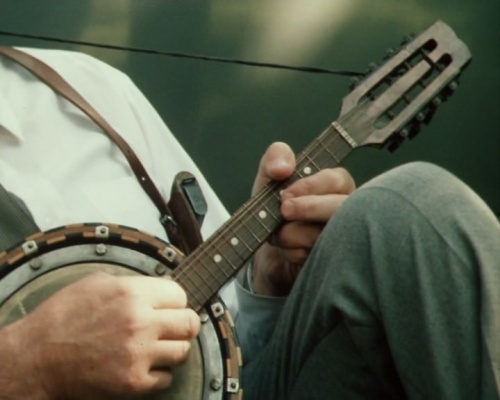 Toby plays a banjo. The grip of his pistol is seen.

Two more townsmen carry pistols during the night hunt for an escaped Clara's pet leopard. These guns bear resemblance with M1911s but it's hard to say for sure. 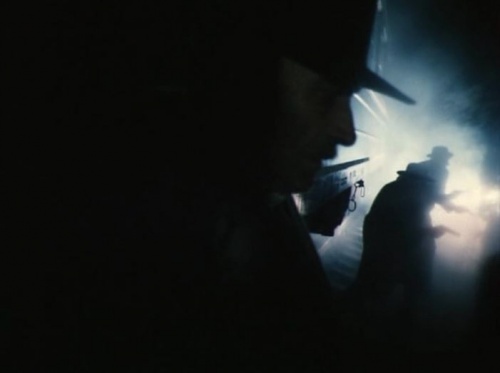 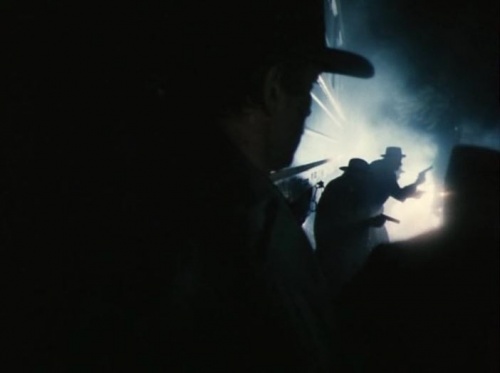 The hunter (Aleksandr Pyatkov) is seen with an Over and Under Shotgun in the abovementioned scene of the night hunt. 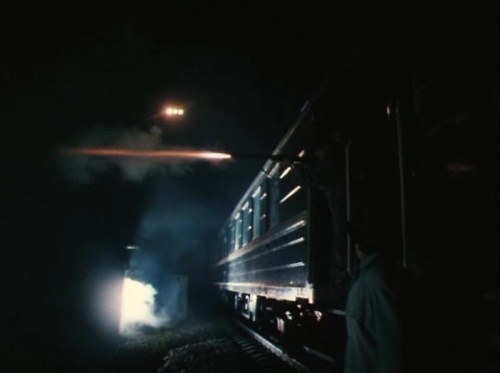 The hunter shoots from the railroad wagon. 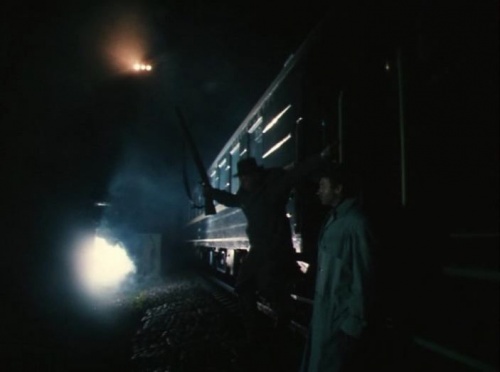 He appears from the wagon with shotgun in hand. 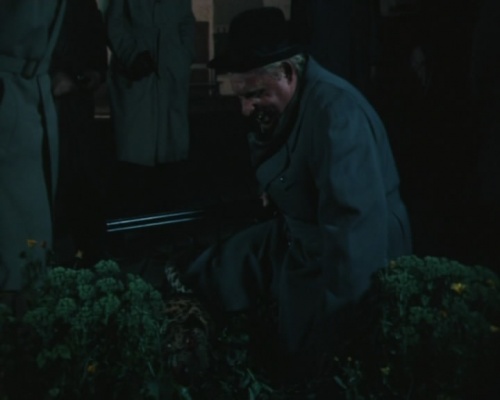 The hunter holds a shotgun when he kneels over the slain beast.

During the night hunt a townsperson carries a sawed off double barreled shotgun.

A Stevens 1960s SBS with the barrels sawed-off - 12 Gauge (Photoshopped). Made from one of MPM's pictures. 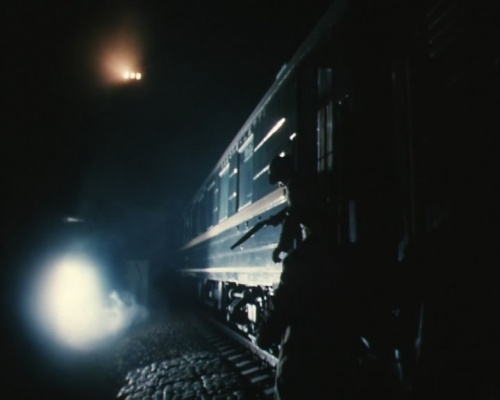 A man appears from a train with a sawed off shotgun in hand.
Retrieved from "http://www.imfdb.org/index.php?title=Visit_(Vizit_damy),_The&oldid=1293171"
Categories: