From Internet Movie Firearms Database - Guns in Movies, TV and Video Games
(Redirected from The Terror (1963))
Jump to: navigation, search

The Terror is a 1963 cult horror film produced and directed by Roger Corman. The plot, set in 1806, follows Lt. Andre Duvalier, a lost French soldier in the Confederation of the Rhine, who is saved by a young woman named Helene, who, according to portraits looks like Ilsa, the deceased wife of the Baron Victor Frederick Von Leppe. Residing in Leppe's castle, Duvalier tries to makes sense of what's going on.

Production of this movie has become somewhat of a legend through years: it began when Corman had just finished filming The Raven (1963) and had a few spare days, an expensive castle set which was about to be demolished after the filming and a contract with Boris Karloff for three films (first of which was Raven). Corman quickly wrote a basic outline of the story and filmed a largely improvised piece with Karloff, Jack Nicholson (who was also in The Raven) and his regular Dick Miller.

As Corman was busy the remainder of the film was filmed over a course of nine months by at least five other directors - Francis Ford Coppola (who shot his footage over eleven days, of which only approximately 10 minutes is in the film), Dennis Jakob (who also doubled for Boris Karloff in the climatic flood scene), Monte Hellman, Jack Hill (who shot, among other things, a shot involving quicksand in his own backyard) and Jack Nicholson (who had approached Corman to direct some scenes because "everyone else did" and was granted permission). Apart from that Dick Miller is also rumored to have some directorial input in the film. Miller also reprised the role of Stefan in additional scenes filmed in 1990 (and directed by Mark Griffiths) to ensure the copyright of the film (as original version fell into public domain).

The following weapons were used in the film The Terror:

What appears to be a very anachronistic for the setting of 1806 Colt New Line is seen as Lt. Andre Duvalier (Jack Nicholson) personal sidearm. 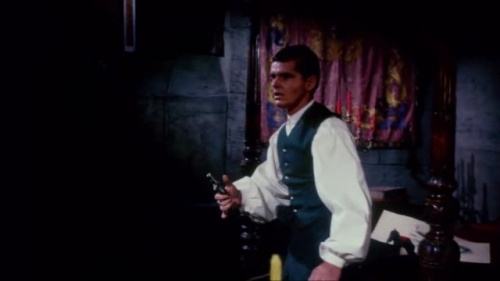 Lt. Andre Duvalier with a revolver. 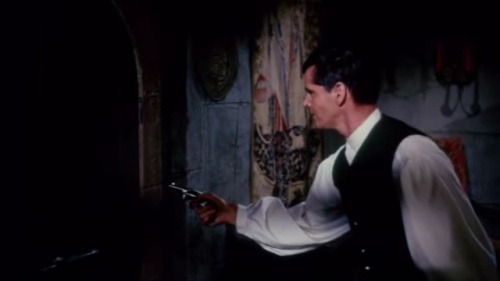 Lt. Andre Duvalier approaches a door with a revolver. 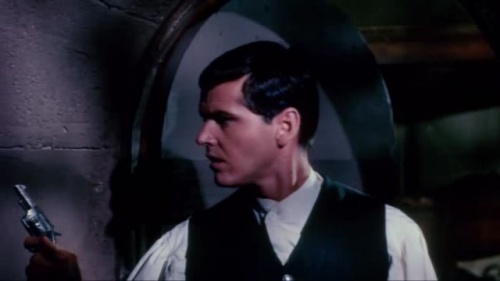 Note that the first Euoropean patent for revolver was issued in 1835 and this film takes place in 1806.

A pair of Remington Rolling Block Pistols take a large role in the film: Duvalier discovers a two of them neatly packed in one of the rooms of the castle and Baron Von Leppe later gives one to his butler Stefan with the orders to use it to escort Duvalier out of castle. 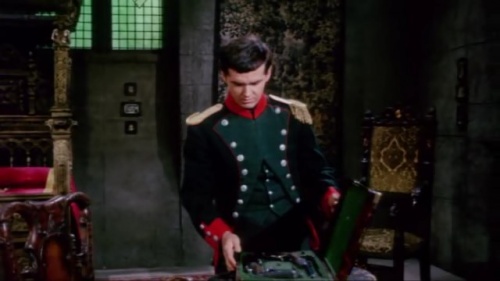 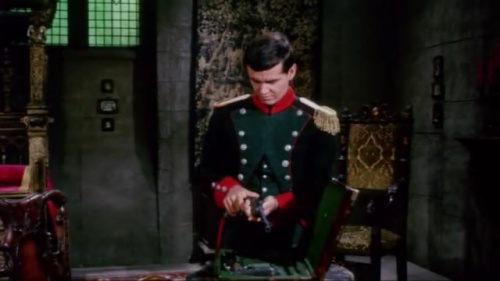 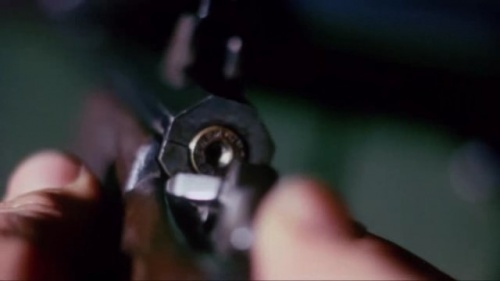 A close-up reveals that the pistol is armed. 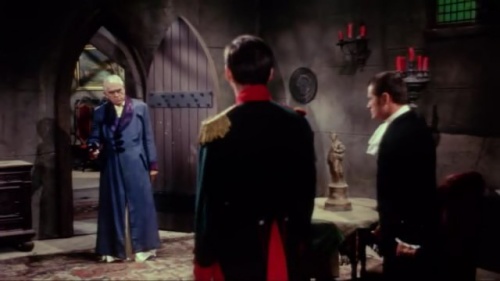 Baron Von Leppe with a pistol. 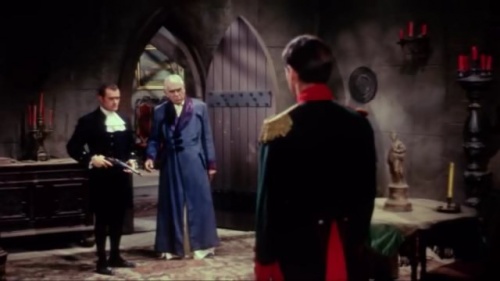 Stefan with a pistol, which Baron gave him. 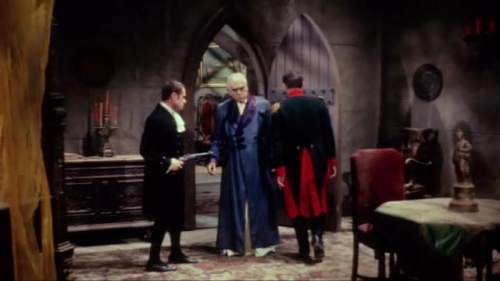 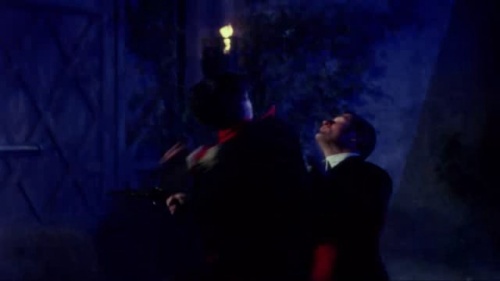 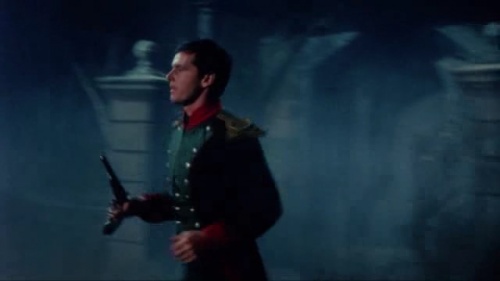