The First Platoon (Pervyy vzvod) is a 1933 Soviet movie directed by Vladimir Korsh-Sablin. It depicts the story of several Russian soldiers during the World War I and the Russian revolution.

The following weapons were used in the film The First Platoon (Pervyy vzvod): 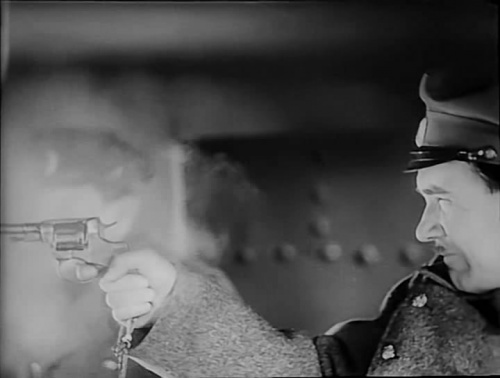 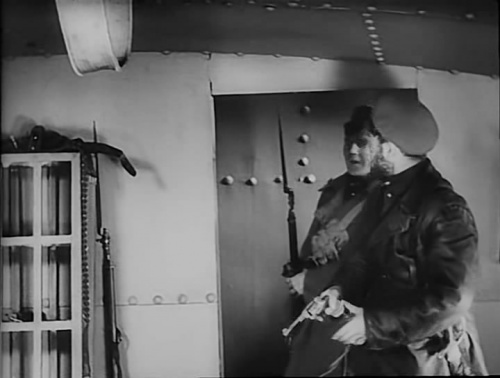 Russian soldiers carry original Mosin Nagant M1891 rifles, generally fitted with bayonets. Both Infantry and Dragoon versions of the rifle can be seen. 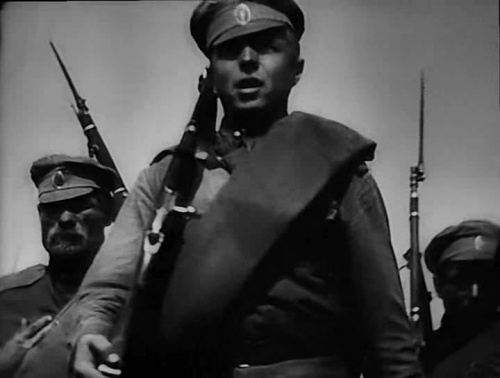 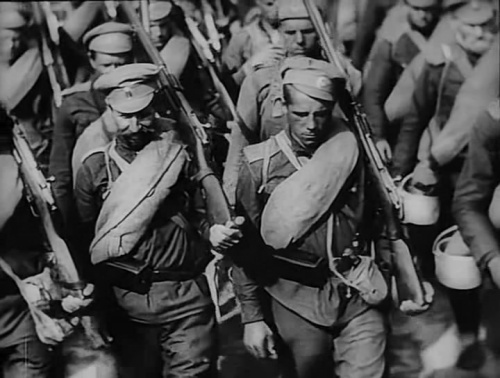 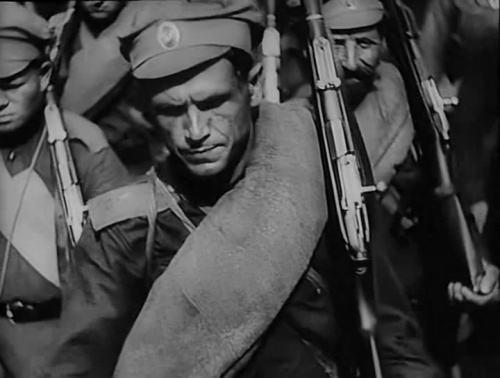 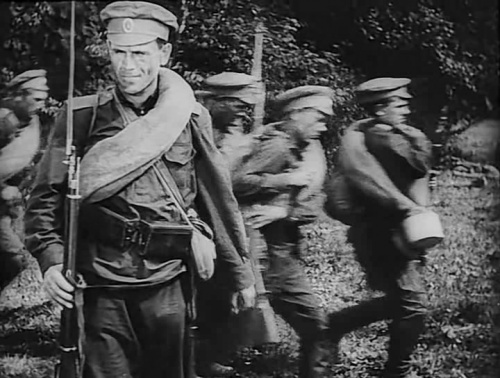 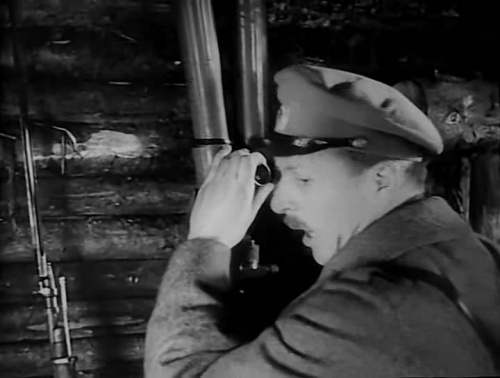 A barrel of M91 rifle is seen at the left. 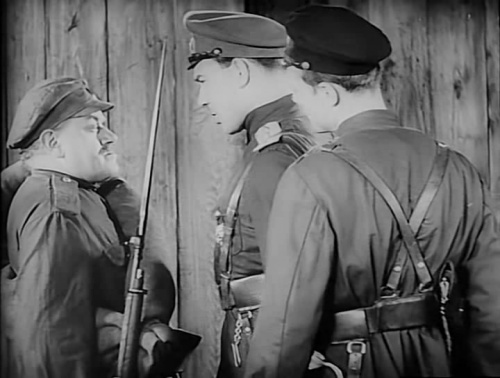 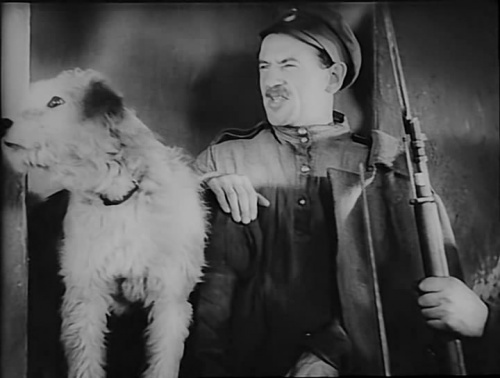 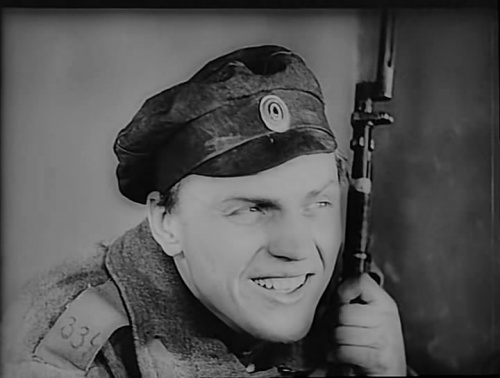 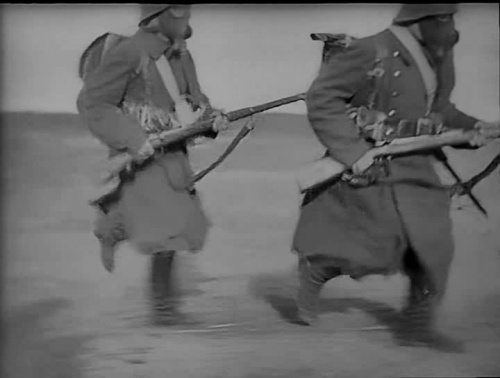 German soldiers in attack in gas masks. They are armed with Gewehr 98s. 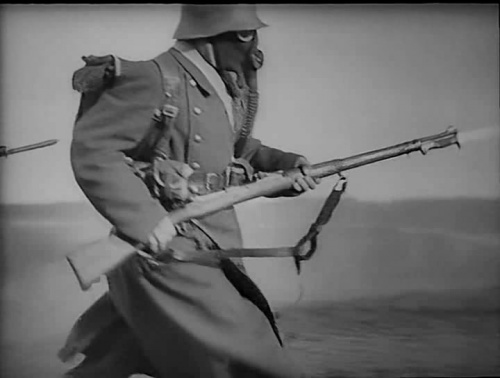 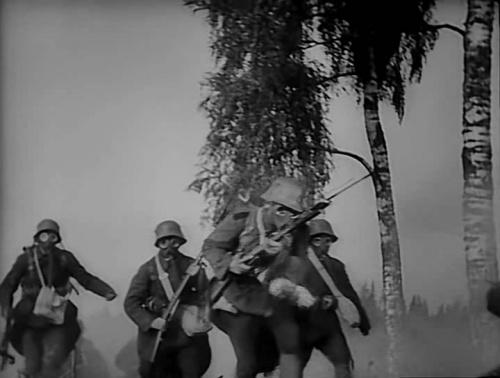 German soldiers in attack in gas masks. The one in the middle is armed with a Gewehr 88. 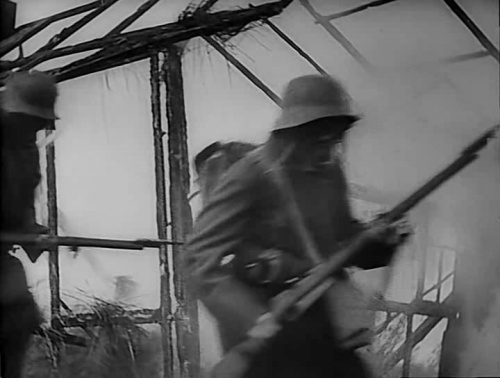 A little blurry view of Gewehr 88. 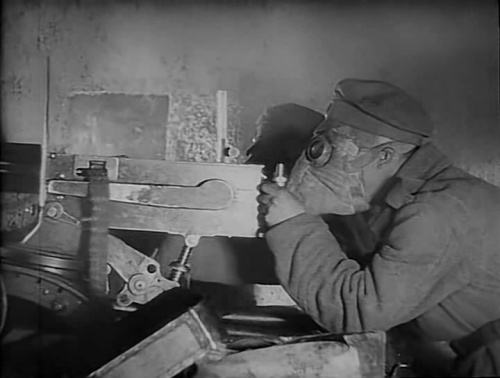 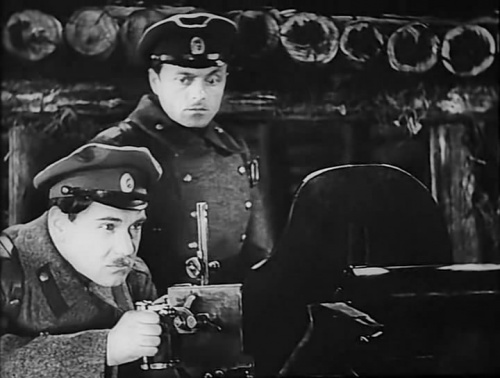 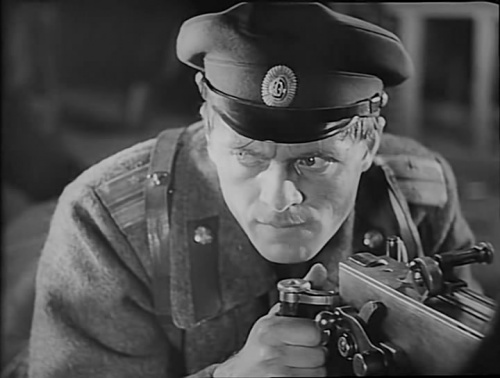 Tarakotin fires a Maxim in the final scene. 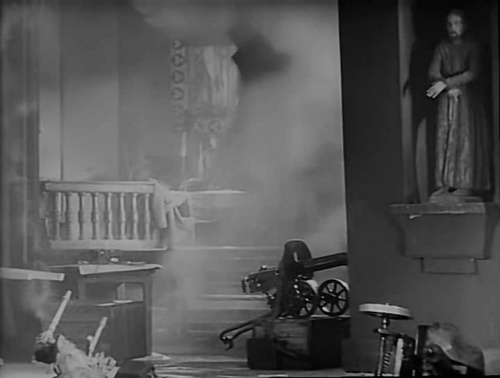 Two abandoned Maxims are seen in the final scene.

A heavy armoured train appears in the final scene. 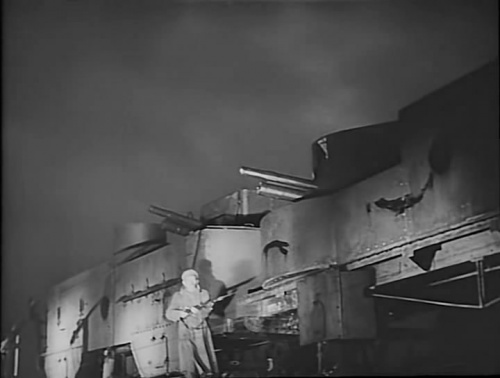 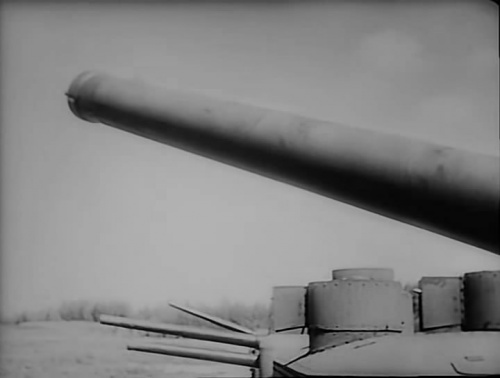 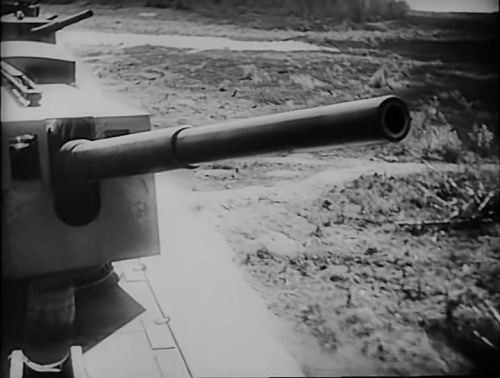 A naval cannon in shield mounting.
Retrieved from "http://www.imfdb.org/index.php?title=First_Platoon_(Pervyy_vzvod),_The&oldid=1470587"
Categories: