The machine gun looks nothing like an Minimi Para. It looks more like an M60 machine gun. See the barrel silhouette and the whole frontal area of the gun looks a lot like an M-60 to me.

Naw, not buying that. The reciever is completely wrong and the slanted back and rear sight are obviously from the Minimi. It looks more like they tried to imagine what a Minimi would look like with the handguard removed and figured you'd get a bare piston under the barrel (rather than just revealing part of the reciever), so created the M60-like design there. Evil Tim (talk) 02:39, 27 September 2012 (EDT) 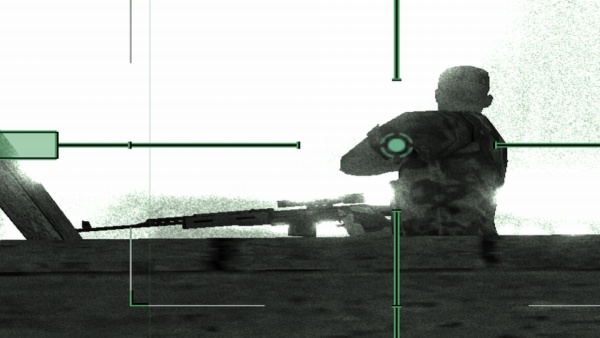 The FPK/PSL in the hands of a sniper.

I'm not sure if there's other shots this ID is being based on, but there's a very distinct gap between the front of the trigger guard and the magazine in that image. That's characteristic of an SVD, not a PSL. Evil Tim (talk) 02:46, 27 September 2012 (EDT)

That is the best shot u can get of that gun. However the same model also appears in Pandora Tomorrow: 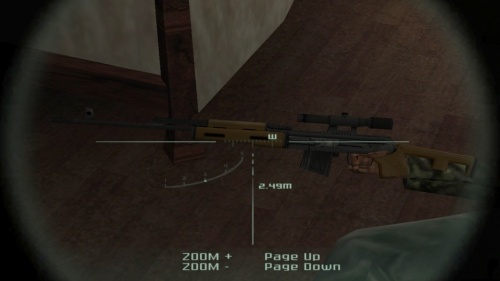 The FPK/PSL in the hands of a sniper.

It has the "X" on the magazine, 2-piece handguard with correct vent holes. The only thing that does not match is the magazine location. bozitojugg3rn4ut (talk) 10:07, 27 September 2012 (EDT)