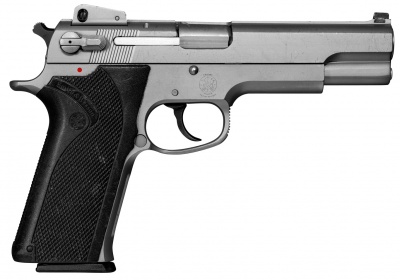 Smith & Wesson 4506 - .45 ACP. This is one of the screen-used firearms carried by Denzel Washington in the film Training Day. Thanks to James Georgopoulos. 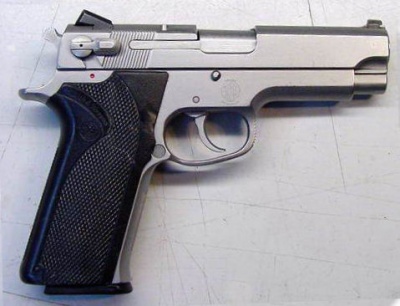 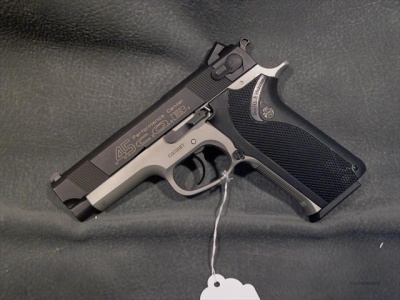 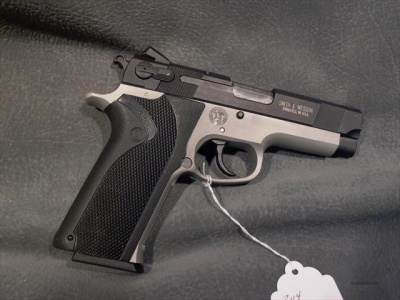 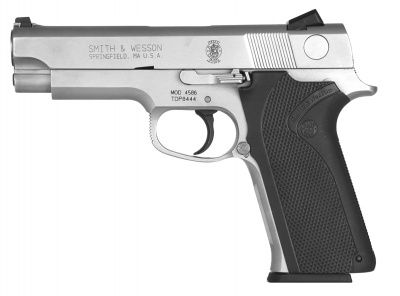 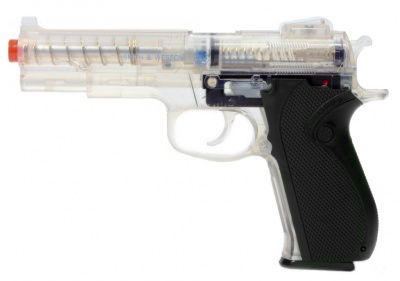 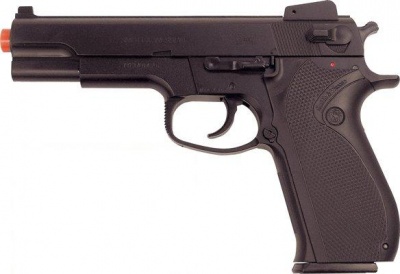 Only the newer production 4506s (and all of the metal-framed guns) have that. My older-model 4506-1 has a stainless hammer and trigger. Usually when firearms manufacturers expand their production, the quality of the weapons suffers as the manufacturer cuts corners to save production costs. The lack of a stainless finish on the controls of later S&W pistols is an indication of this. You can also see it in the case of Inox finish Berettas (the current Inox pistols have black controls, to cut production costs). -MT2008

Would combining the 4516 and 4566 articles with this one be a good idea? I realize the weapons are different but not much more so than the variants of the Beretta 92 series or the H&K USP series and those share articles. Just a thought I had. -Anonymous

I think I'm Going to give it a try, please be forgiving if I skrew up. -Anonymous

BEFORE you wholesale delete content from pages, (A) LOG IN, don't do it from an unknown IP address. That's a serious red flag for vandalism. We get pages blanked for no reason by unknown IP addresses all the time, so don't do it like that (B) REMOVE the content, BUT .... Leave a note saying what you did and say "Hey Mods, can you delete this page for me? Here (the link) is where I put the info" If you noticed I restored some blanked pages. You can always UNDO it, but you had better be logged in with your IMFDB user name when you do or else OTHER MODS may get suspicious. Vandals do that ALL the time (i.e. swoop in anonymously and delete stuff), so we have a knee jerk reaction - we automatically .... (a) undo the wholesale Blanking of the page and (b) ban the IP address. Just a warning that doing things the wrong way (looking like a vandal) may have a MOD accidentally banning you. MoviePropMaster2008 19:05, 29 January 2010 (UTC)

I got a little problem here, i was trying to go to the golden gun (the man with the golden gun) but i got redirected to the S&W 4500. Can somebody help me? User:yocapo32