Are you sure these are fake? They look like they have 7.62x39mm magazines, which means they would not be mocked up R5. The ones in the second picture look like they have the AKMS/AKS-47-style swing-under folding stocks. --Funkychinaman 10:43, 4 September 2012 (CDT) 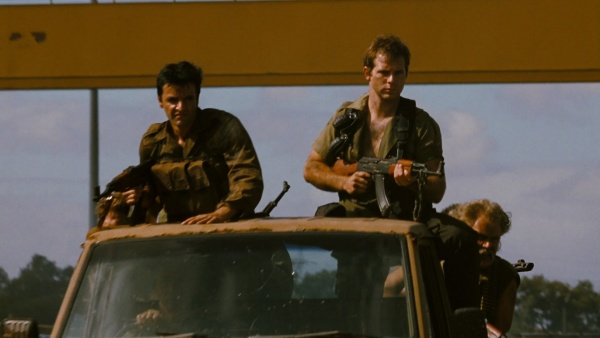 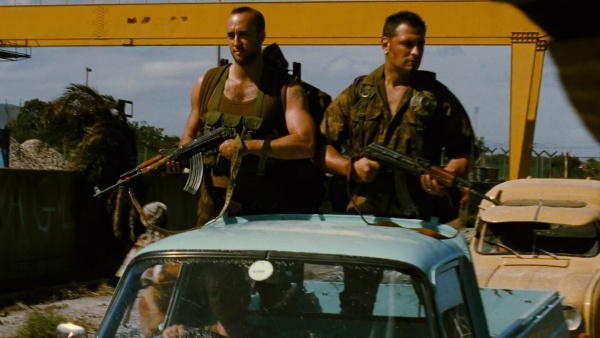 Mercenaries with fake AKS-47s. These rifles has their buttstocks removed.

I'm completly unsure about these guns. At first I identified them (and also the AKs in hands of prison guards in Cape Town) as real AK-47s. Then I looked at several fake AKs with wooden buttstocks and thought that I made a mistake and they all are fake - if the moviemakers had real AKs in their disposal why they used fake ones? So I'm confused. Greg-Z 11:17, 4 September 2012 (CDT) 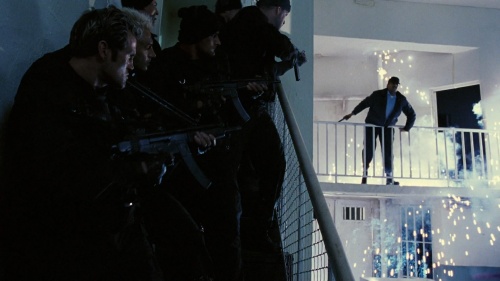 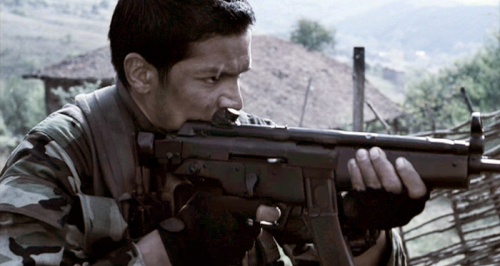 PPS-43 mocked up to look like an MP5 in Behind Enemy Lines II: Axis of Evil. 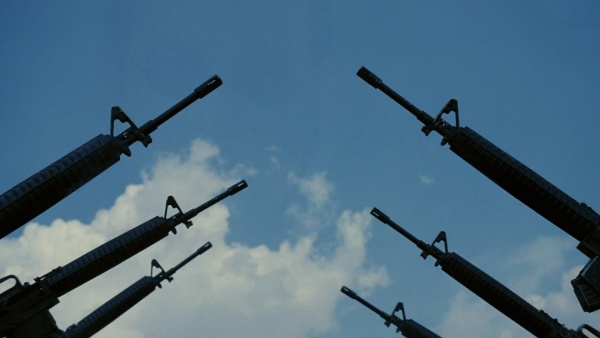 Can anybody else see the AK Ladder sights on these M-16s? Also look at the receiver on the one second down on the left and the magazine well of the first on the right. Looks like these are those M-16 Mock-ups made from AKs.--Mattatack92 (talk) 20:49, 6 December 2012 (EST)

According to IMDb, this was filmed in South Africa and Bulgaria, so it makes sense. If they shot a scene in Russia using the faux MG34 made from a PKM, we'd hit the fake gun trifecta. --Funkychinaman (talk) 21:46, 6 December 2012 (EST)

Not a Vektor pistol?

It seems to me now that I was wrong when identified these pistols as Vektor Z88: 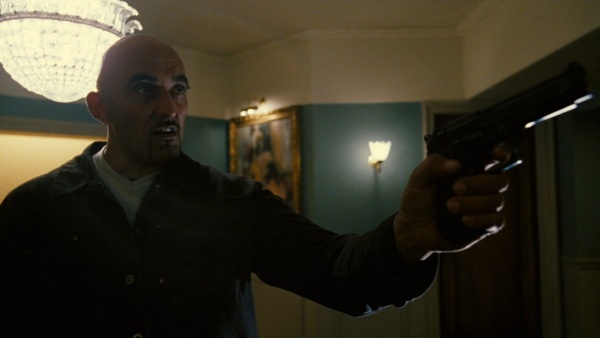 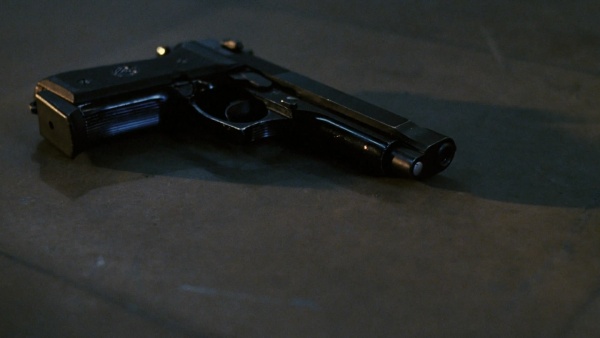 This pistol has a different shape of muzzle. 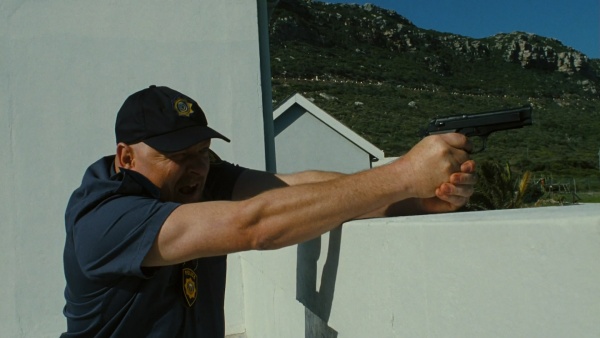 And this one has a round trigger guard.

In the UN scene, the elusive mounted machine gun is a (slightly mocked up) RPD I reckon. This wasn't a purely intuitive identification based on the filming location, but also notice the stock shape and the iron sights, the drum magazine, and to the less noticeable extent, the distance between the drum and the pistol grip. The prop was given a barrel shroud and a carry handle to give it a more viable NATO aesthetic. Perhaps it's meant to be the stand in for a Minimi variant. --BeloglaviSup (talk) 03:50, 12 March 2016 (EST)