Talk:Mafia: The City of Lost Heaven

One of the things I liked about this game was it's attempt to be (for a computer game) quite realistic. You could only carry a limited number of big weapons and most importantly the reloading was realistic, for example if you fire only a portion of the ammo from your handgun or Thompson then reload, any remaining rounds are lost in the discarded magazine (or in the case of revolvers ejected by the ejection lever).

With ammunition capacities limited also as an attempt at realism this meant you had to take care in your tactics - do you use up each magazine/clip/chamber before reloading risking being caught empty mid fire-fight, or reload after every encounter so you have the full load at hand for the next fire-fight but risk running out of ammunition far sooner....

Weapons that could be topped up without loss (shotgun & rifles) were obviously not affected and this could impact what you selected for a mission.

Sadly in Mafia 2 this was dumped in favour of being able to carry 4 hand guns and 7 long arms at the same time, plus ammo, and you never lost a round when reloading after only part using up a mag....

Bring back the realism!

From what I've read, the realistic aspects ended up "sleeping with the fishes," along with the larger, free-roaming game world promised to us for Mafia II. Many key personnel involved in the development of Mafia: The City of Lost Heaven jumped ship from the sequel's development when they took issue with how it was going. Unfortunately such "lone dissenting voices" are rarely listened to in today's big budget, big-expected-returns game development environment. --Mazryonh 11:13, 26 September 2011 (CDT)

It's sad, really. Mafia: The City of Lost Heaven belongs to another era of gaming, wherein a small developer could make an enormous world full of atmosphere, to the artists' specifications. Sadly, games like these are more or less extinct, unless you are Hideo Kojima or Rockstar Games (Red Dead Redemption is probably the best modern example of a period piece game with a large world). The expectation to always make monstrous profit on your investment now has more or less crippled the opportunity for developers to make anything other than bandwagon-jumpers for games right now, and things like realism clearly aren't things the current crop of casual gamers will tolerate or accept right now. Money may solve many problems, but it too is its own problem.--Mazryonh 21:06, 26 September 2011 (CDT)

Was thinking about it while reading the page, specifically how it didn't exist at the time of some missions and probably wouldn't be that common a gun for a while after introduction, figured that MAYBE it'd be more plausible that the gun is a S&W Heavy Duty in .38/44? Unless they say it's a .357 or a Model 27, then disregard my speculation. S&Wshooter (talk)

Plausible, but I figure there's a reference to it being a Magnum. Absent of that, we go by visual evidence, and though the gun model isn't that good it looks to have a squared off front sight like that on the Reg. Magnum/Model 27 rather than the rounded one on the Heavy Duty/Model 20. Also has the ribbed barrel of the Magnum as well, rather than the plain barrel of the Heavy Duty. On a slightly related note, I think the Model 442 (which is a considerably recent gun) is actually meant to be an older (though still anachronistic) Model 40. StanTheMan (talk) 02:14, 15 January 2017 (EST) 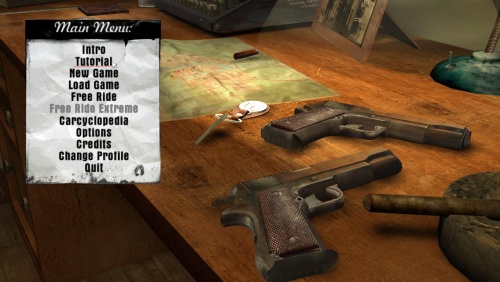 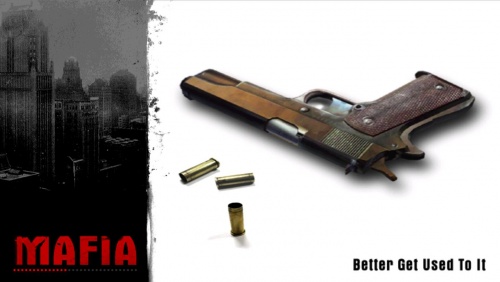 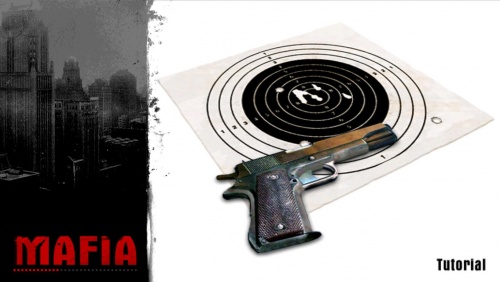 Actually looks like an A1, some the features are kinda poorly done (particularly the trigger relief cut) but they are there - relief cut, A1-style hammer, longer beavertail, curved mainspring, and larger ejection port. Only part that could be considered original 1911-ish is the wide trigger, and that's not that big a deal - Many post-A1 .45s have them also. StanTheMan (talk) 14:58, 15 January 2017 (EST)