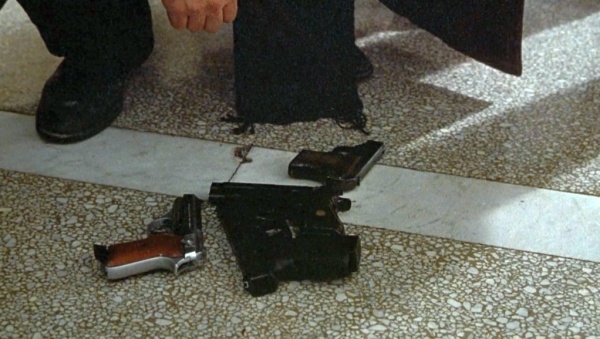 The pocket pistol near the top.

Granted there's no good shot of it but best I can tell the slide makes a fairly sharp point at the rear, not like the VP70 which is fully curved there. Between that and the fair uncommonness of the VP70, I'm skeptical on that. I'm leaning a bit more to this maybe being a Walther P5 instead. StanTheMan (talk) 18:11, 25 January 2017 (EST)