What was the gun used to kill the man in the car before the famous line "Leave the gun, take the conollis." ??? I haven't seen this movie in a while so I can't remember. - Gunmaster45

That gun is shown at such a long distance, its impossible to tell, but it is some kind of silenced automatic, possibly a M1911. User:jackbel

I don't own this movie, but I remember when they are walking down the road in Italy, a US Army jeep rolls by and one of the soldiers has a Thompson with a stick magazine. Not sure if it was an M1 or an M1921/28, but someone should check it out. - Gunmaster45 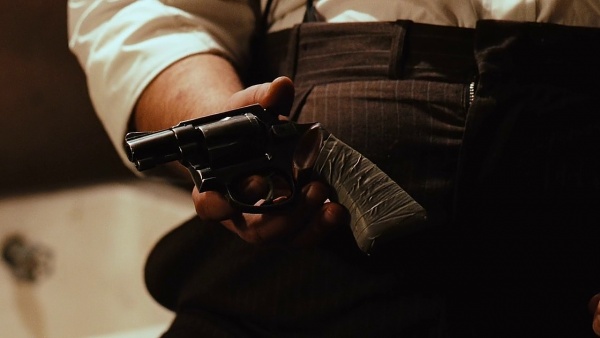 Clemenza hands the snubnose to Michael. Clemenza mentioned that he put tape on the grip and the trigger and that he left it noisy to scare any bystanders away

S&W made special target grips for both the square and round butt J frame revolvers which gave them a grip a similar size to a square butt K/L frame gun. To me it looks like a 5 shot so I would say that it is a M36. Also, it has the square cylinder release latch which I think makes it a pre '66 model. As for why you would have grips like this on a revolver of this size, bear in mind that a smaller frame revolver with a shorter barrel will in fact have more recoil than a revolver firing the same round with a heavier frame and longer barrel due to the fact that it has much less mass to soak up the recoil. It would be a lot more comfortable to use with these grips (as well as likely being more accurate), so if you don't need it to be ultra concealable there is nothing wrong with them. Lastly, the word you are looking for is "anachronistic" not "anarchnostically", which it is but only by a few years which in the scale of movies really isn't that egregious. --commando552 (talk) 19:05, 6 September 2015 (EDT)

The 'as cold as they come' comment has absolutely nothing to do with temperature. The entire quote is "It's as cold as they come...impossible to trace." basically, means that the weapon cannot be linked to anyone in the Corleone family...the serial numbers were likely filed off which, in the era the movie is set in were impossible to recover. --Charon68 (talk) 19:29, 6 September 2015 (EDT) 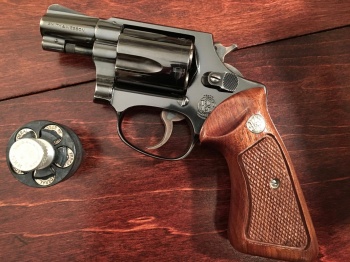 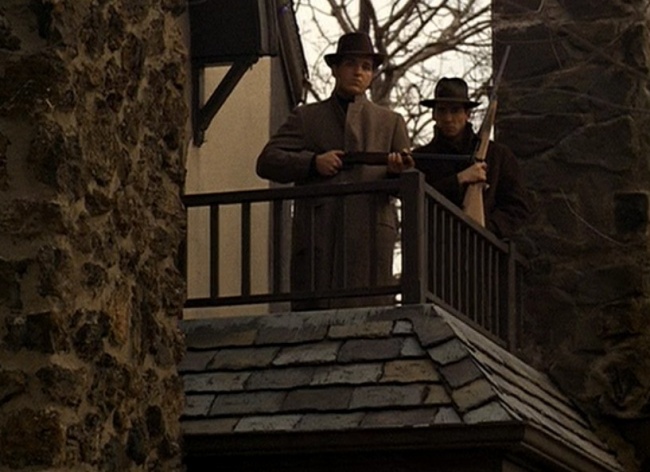 Strange as it may be I think the rifle in the foreground might be a Steyr Mannlicher Model L, it has the rear sight on the barrel, that cut out ahead of the trigger guard in the stock and while I can't see the bolt that well it does seem quite compact, also the trigger guard itself looks to be large enough for the double set triggers of the Mannlicher and doesn't look particularly right for anything else I can think of. Black Irish Paddy (talk) 14:02, 14 January 2019 (EST)