As for me, the revolver looks more like EKOL Viper. Note the cylinder release, seen on two last screenshots, that differs from Colt-style release of Reck Cobra, and the shape of the front side of the frame that also differs from Reck. This or this frontal view of Viper looks very similar to the screen gun. But the problem is that I couldn't find if Viper existed in late 1990s. Greg-Z (talk) 13:11, 10 March 2019 (EDT)

It's seems different models, than are shown on this two links: as it can be seen on this two images, the screen gun is a much larger callibre and has only five or six chambers. The EKOL Viper revolvers also has a plugged (or even solid) barrel, while the screen gun absolutely hasn't such "barrel". In this movie, it depicted as gas-firing gun, but it has a muzzle flash. Pyramid Silent (talk) 13:29, 10 March 2019 (EDT) 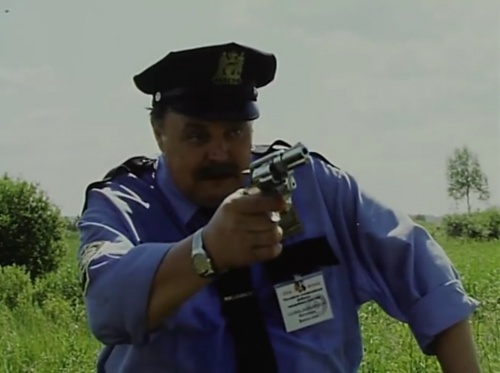 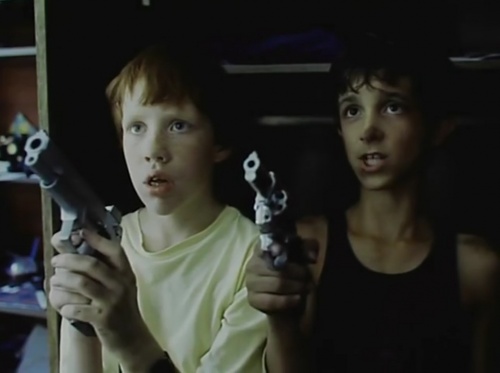 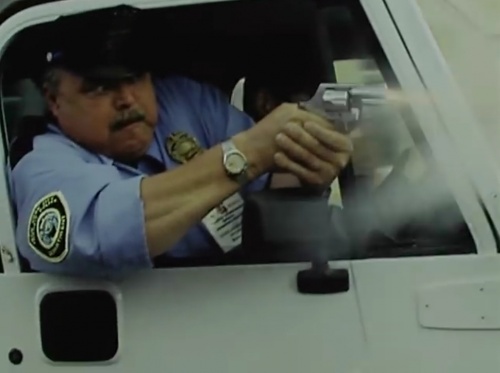 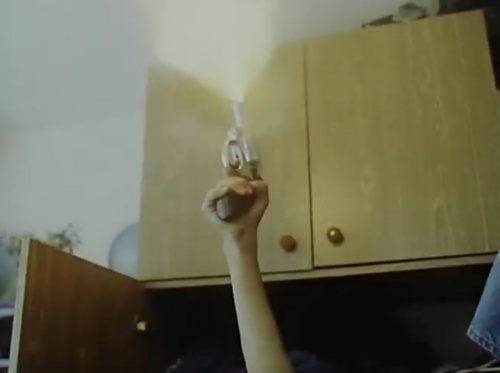