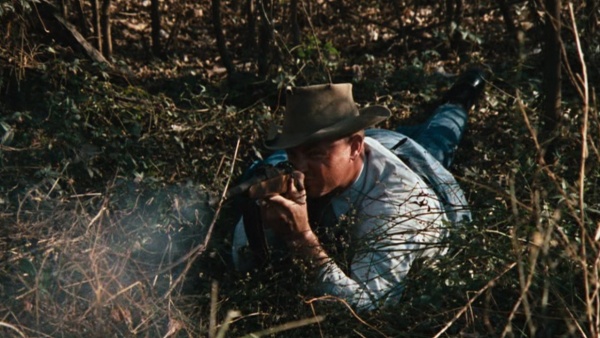 The vigilante fires his rifle at the Barrow Gang's stolen car.

Frank's Ballinger's excellent site about Bonnie and Clyde has a few links [1] and pictures of actual weapons used by Bonnie and Clyde, as well as the massive amount of guns found in their car when they were killed in 1934. Weapons mentioned are:

We have a Crime category and a Detective category, should we have a category for Gangster films? Whether said category should be for strictly 20s-30s era gangsters or include all gang-related can be determined later. -Anonymous