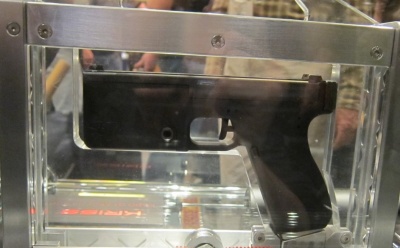 The TDI Kard ("KRISS Automatic - Research & Development") is a prototype semi-automatic pistol using a derivative of the action used by the TDI Vector. Its current status is unclear, since no new information has been given about either production or cancellation. The weapon was last seen at SHOT Show in 2011.

(Introduced in 2010; Not in production, possibly abandoned)