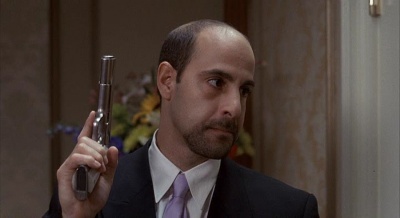 Stanley Tucci is an American actor who has appeared in such feature films as Quick Change, Transformers: Age of Extinction, and Transformers: The Last Knight, in addition to appearing as Caesar Flickerman in The Hunger Games film series and as Abraham Erskine in Captain America: The First Avenger. He returned to voice Erskine in the Disney+ animated series What If...?. He also is the brother-in-law of actress Emily Blunt.