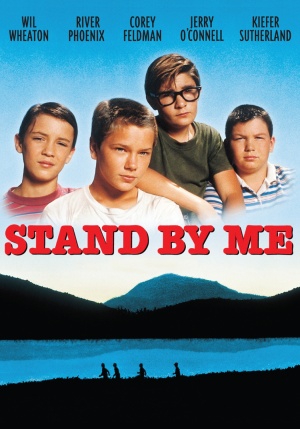 Stand by Me is a 1986 film starring Wil Wheaton, River Phoenix, Jerry O'Connell, and Corey Feldman as four boys in the late 1950s who set off on a trip to see a dead body. The film was directed by Rob Reiner and was based on the Stephen King novella The Body.

The following weapons were used in the film Stand By Me:

Page dedicated to the memory of River Phoenix.

Chris Chambers (River Phoenix) steals a Colt M1911A1 which he calls simply a ".45," and lets all the boys use it at some point in the film. According to the novella "The Body," he had 9 bullets in total stolen in the box of shells. Gordie Lachance (Wil Wheaton) is most notably seen using it, first when Chris gives it to him, claiming it is unloaded. The second usage is when the pistol is fired a shot in the air and is pointed at Ace Merril (Kiefer Sutherland) to keep him from stabbing Chris with his Stiletto knife. When not being fired, it appears to be replaced with a replica model, which is noted by an external extractor. (but it is clearly a 1911 replica in .45 and not a 9mm Star B.) 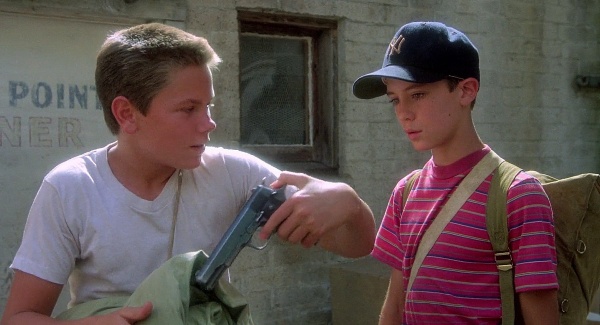 Chris Chambers (River Phoenix) pulls the .45 out of his pack to show Gordie. Note how it features the older WWII Mil-spec grey finish. 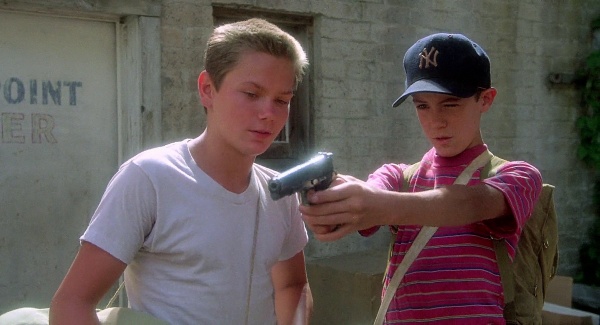 Gordie Lachance (Wil Wheaton) aims down the .45 and proceeds to put down the hammer. 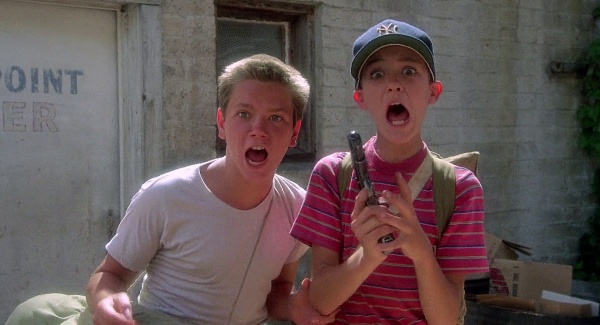 Gordie and Chris react after finding out if the .45 is loaded. 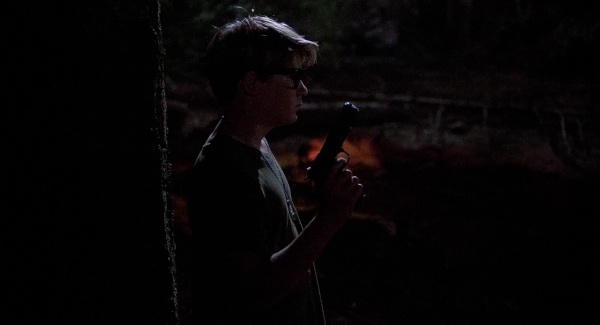 Teddy Duchamp (Corey Feldman) on night guard with the .45. 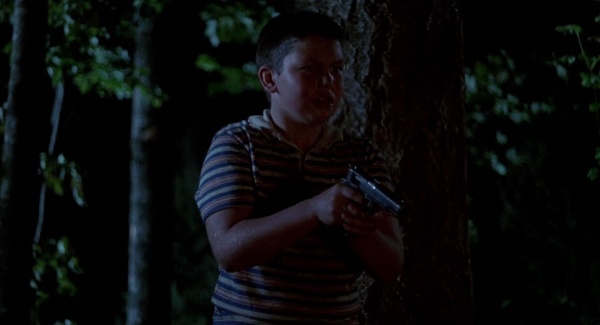 Vern Tessio (Jerry O'Connell) nervously on night guard with the .45. Note the external extractor, helping show it is a replica model. 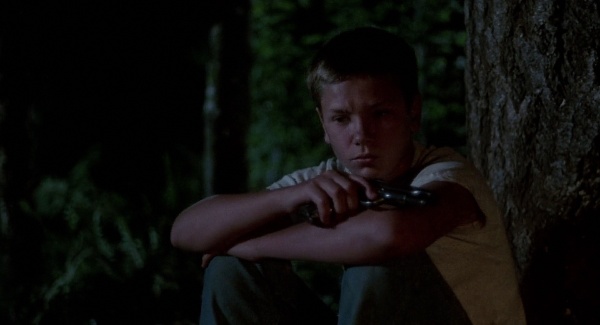 Chris holds the pistol while on guard. 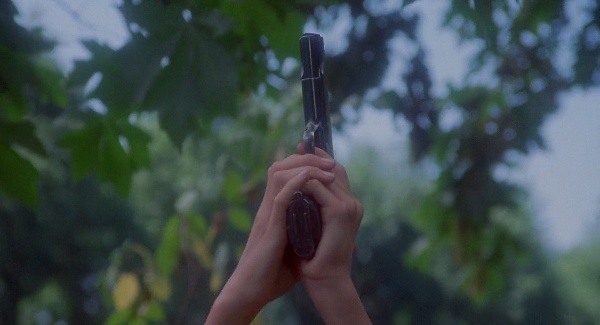 Gordie fires the .45 in the air to stop Ace from stabbing Chris. 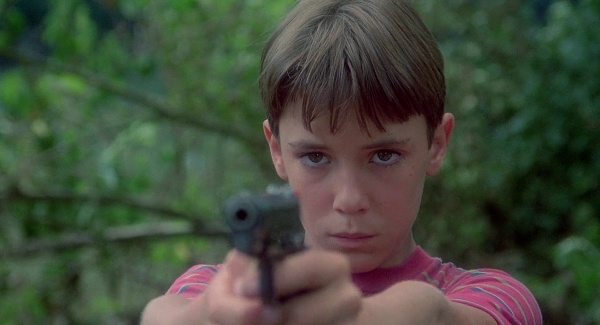 Gordie aims the .45 at Ace. Note the large muzzle, indicating further a .45 and not a 9mm. 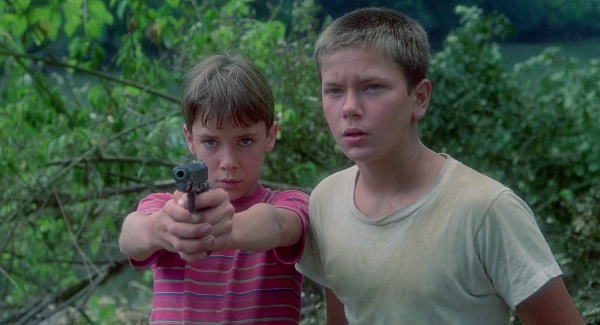 Gordie with the .45 as Chris looks on.
Retrieved from "http://www.imfdb.org/index.php?title=Stand_By_Me&oldid=874432"
Categories: