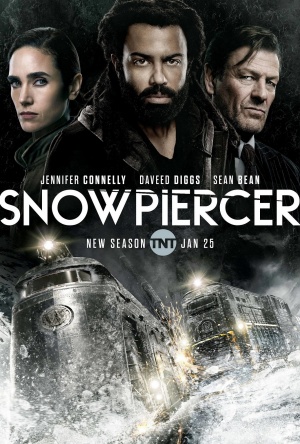 The following weapons were used in Season 2 of the television series Snowpiercer:

In "Many Miles From Snowpiercer" (S2E06) during flashbacks of the beginning of The Freeze and the Snowpiercer's embarkation, several guards are seen wielding the same guns they were seen with in the first season. These include the SIG SG 552/553, which is seen in close-up as guards execute a group of geneticists to prevent them from entering the train. 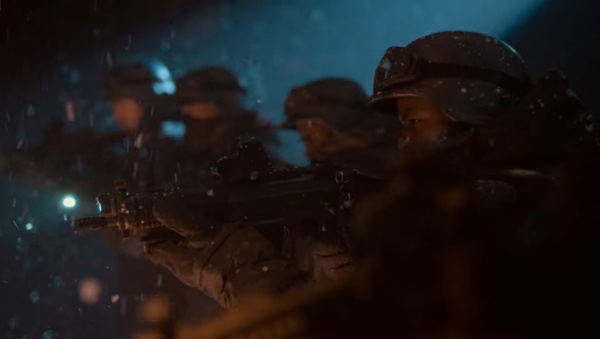 Guards holding their SIG SG 552/553 compact assault rifles in a flashback in "Many Miles From Snowpiercer" (S2E06). 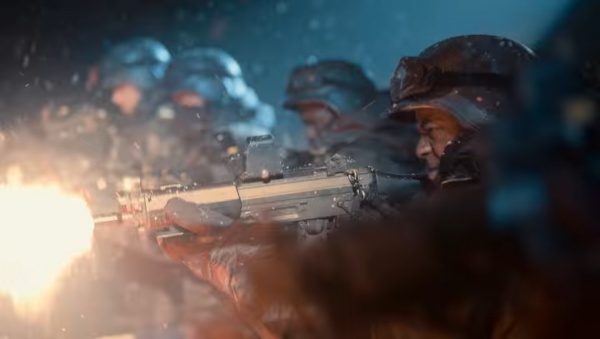 The guards fire their rifles (the muzzle flash conveniently giving better visibility). This one appears to be same model seen in the first episode of the first season, with the same EOTech-style sight and other attachments.

In "The Time of Two Engines" (S2E01), Melanie Cavill uses a plastic explosive to permanently attach the Snowpiercer to the Big Alice, the train commandeered by Joseph Wilford (Sean Bean), foiling Wilford's plans of abandoning the Snowpiercer and its passengers to die in the cold. 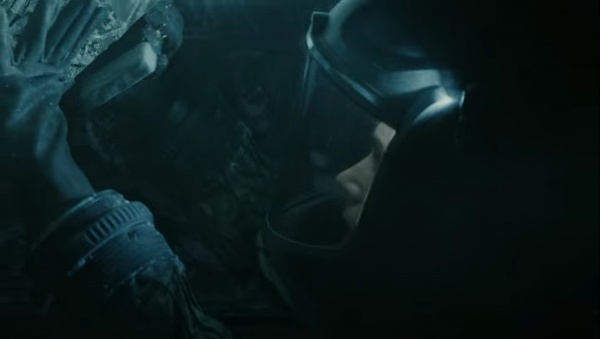 Melanie planting the explosive on the train's decoupling mechanism in "The Time of Two Engines" (S2E01). 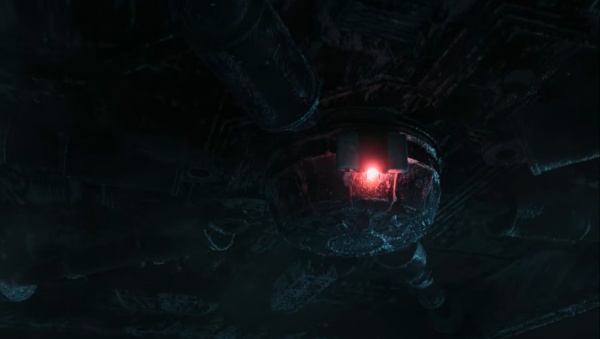 The mechanism then crushes the explosive and triggers it.

In "The Time of Two Engines" (S2E01), makeshift crossbows are used by Z-Wreck (Kwasi Thomas) and Strong Boy (Kurt Ostlund) during an attempt to storm the Big Alice. They appear to be made out of PVC pipes and scrap metal, respectively. In "Smoulder to Life" (S2E02), Z-Wreck is seen manning the same crossbow. 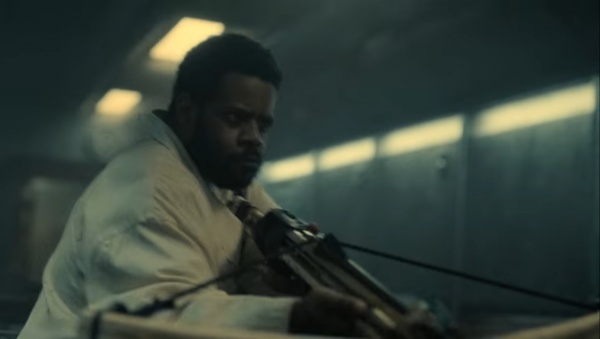 Z-Wreck rushes towards the Big Alice with his crossbow made out of PVC pipes in "The Time of Two Engines" (S2E01). 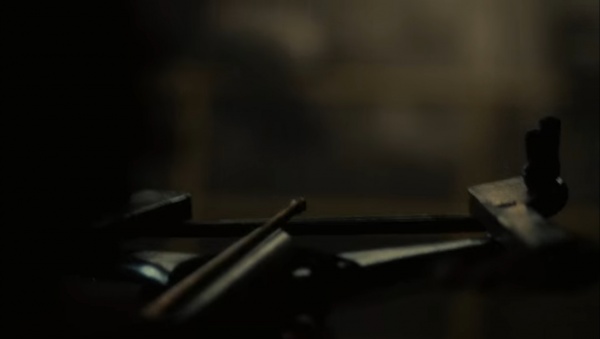 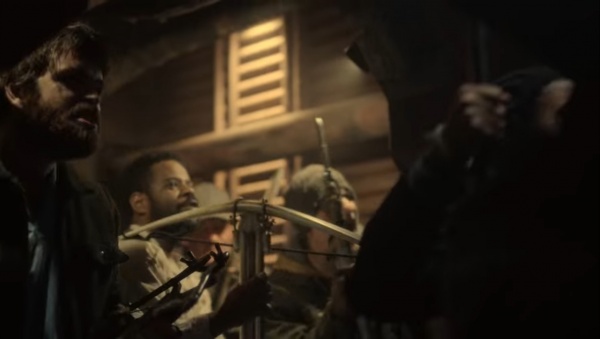 The duo hold still with their crossbows. 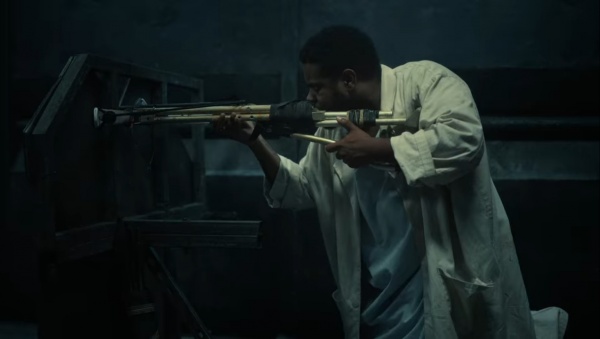 Z-Wreck takes aim with his crossbow in "Smoulder to Life" (S2E02).
Retrieved from "http://www.imfdb.org/index.php?title=Snowpiercer_-_Season_2&oldid=1442122"
Categories: